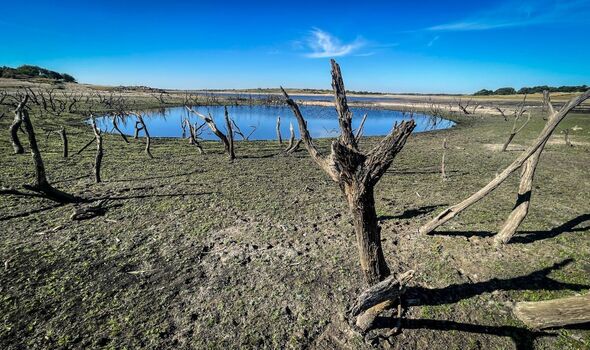 The Met Office has warned the freakishly hot periods may now strike every three to four years because of man-induced climate change.

Before pollution warmed the planet, they occurred once in 500 years.

During last year’s unprecedented heatwave, the mercury hit 40.3C (104.5F) in Lincolnshire on July 19, for the first time in Britain.

It means 15 of Britain’s top 20 warmest years on record have happened this century – with the entire top 10 occurring in the past 20 years.

Experts used climate models to assess the effect of global warming on the 2022 temperatures. The Met Office’s Dr Nikos Christidis said: “The results showed recording 10C in a natural climate would occur around once every 500 years, whereas in our current climate it could be as frequent as once every three to four years.”

He warned that with medium levels of greenhouse gas emissions, UK average temperature of 10C could happen almost every year by the end of the century.

Dr Mark McCarthy, of the Met Office, said: “Surpassing an annual average temperature of 10C is a notable moment in our climatological history.

“This comes as no surprise. Since 1884, all the 10 years recording the highest annual temperature have occurred from 2003. It is clear from the observational record that human-induced global warming is already impacting the UK’s climate.”