Liz Cheney, Lisa Murkowski and Sarah Palin are all on the ballot as voters in Wyoming and Alaska go to the polls. But don’t expect any quick results in Alaska. 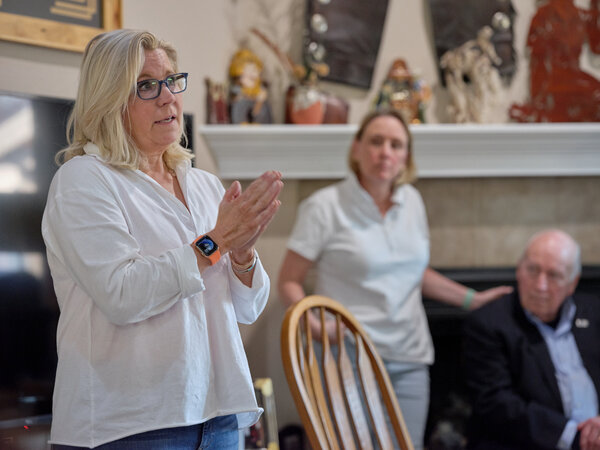 Three of the best-known women in Republican politics will face primary voters on Tuesday, with at least one highly unlikely to make it onto ballots in November.

The fates of the other two could take longer to become clear.

Representative Liz Cheney of Wyoming appears all but certain to lose her seat in the face of a furious Republican backlash against her role as co-chairwoman of the committee investigating the attack on the Capitol on Jan. 6, 2021, and against her vote to impeach former President Donald J. Trump over his role in inciting that riot.

In Alaska, former Gov. Sarah Palin is trying for a comeback in the open race for the state’s sole seat in Congress, last held by Don Young, who died in March. Ms. Palin, who was John McCain’s notoriously game-changing running mate in 2008, is running both in a special election runoff for the remainder of Mr. Young’s term and in a primary for a full term of her own.

Both Ms. Palin, whose rivals say she has been more visible in recent years on right-wing television in the Lower 48 than in her home state, and Ms. Cheney have encountered deep skepticism from voters who feel that the national spotlight has come to matter more to them than heeding and tending to the people who elected them.

Ms. Palin, however, was an early supporter of Mr. Trump’s and earned his endorsement.

Also in Alaska, Senator Lisa Murkowski, who was one of seven Republicans to vote to convict Mr. Trump of incitement of insurrection, is in a re-election fight against a field led by Kelly Tshibaka, a former state official whom Mr. Trump endorsed and called “MAGA all the way.”

Race calls in Alaska could be days or even weeks away, as mail-in ballots will be collected and counted through at least Aug. 31. It’s possible that by the end of the night, we’ll know only who has an initial lead in early and in-person voting.

Ms. Palin and Ms. Murkowski can take solace from this, though: They only need to be among the top four finishers in their primaries to secure a place on the general-election ballot in November.

Ms. Cheney may have the admiration of a certain portion of the political spectrum for her actions on the House committee investigating Jan. 6 and her devotion to democracy and the rule of law. But in Wyoming, a state Mr. Trump won with 70 percent of the vote in 2020, her crusade to hold him accountable for inciting the Capitol mob, and for sitting idly by for hours as rioters threatened lawmakers and his own vice president, all but doomed her re-election chances from the outset of her campaign.

Ms. Cheney, who lost her job in House leadership after her vote for impeachment, has no regrets. “If the cost of standing up for the Constitution is losing the House seat, then that’s a price I’m willing to pay,” she told The New York Times this month.

The favorite in the Republican primary is Harriet Hageman, whom Mr. Trump handpicked as his instrument of revenge against Ms. Cheney.

Ms. Hageman, a former Republican National Committee official, led Ms. Cheney by nearly 30 percentage points in a poll this month by the University of Wyoming.

The survey included Democratic voters who plan to cross over and vote for Ms. Cheney, as Wyoming law allows and the Cheney campaign has encouraged. In fact, nearly half of Democratic likely voters said they would vote in the G.O.P. primary, nearly all for Ms. Cheney. But Democrats in Wyoming are vastly outnumbered.

Among likely Republican primary voters, the poll found, 45 percent said President Biden’s election was “not legitimate,” and 60 percent said the House Jan. 6 committee was not “fair and impartial.”