Sir Keir Starmer was grilled by BBC’s Andrew Neil as the host accused him of trying to sabotage Brexit after he campaigned for Remain after Jeremy Corbyn tried to unify the party. Mr Neil asked: “If you have nothing bad to say about Jeremy Corbyn’s leadership, why did you take part in trying to topple him as leader in 2016?”

Speaking on BBC’s Andrew Neil show, Mr Starmer said: “In the immediate aftermath for the referendum, we needed a change and I set out my reasons for it and Jeremy Corbyn won a leadership contest.

“I accepted the members wanted him as leader and I then served him for the next three and a half years.”

Mr Neil interjected: “You said it was simply untenable to suggest that we can offer an effective opposition without a change of leader.”

Mr Starmer noted he served in the Shadow Cabinet under the Brexit brief. 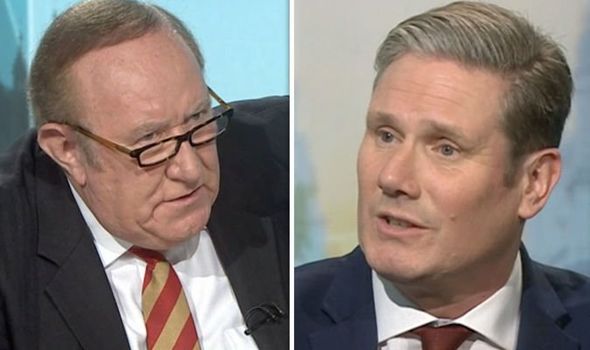 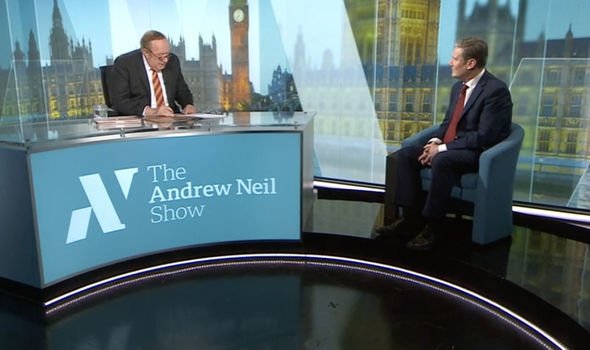 Mr Neil added: “You talk about being the unity candidate but when you rejoined the Shadow Cabinet, you continued to undermine Mr Corbyn. When he was trying to hold the party together on Brexit, a really difficult thing, you went your own way.

“You said you’re going to campaign for Remain. You undermined his plan to try and get unity.”

“Firstly, I made the speech on triggering Article 50 in the chamber where I said we accept the result and we want a deal, that was a very difficult speech.

“It was said with the full support of the Shadow Cabinet.”

The BBC host added: “But by January 2019 you told Andrew Marr, ‘I will campaign for in and I will vote for in’ that was not Mr Corbyn’s collective policy.”