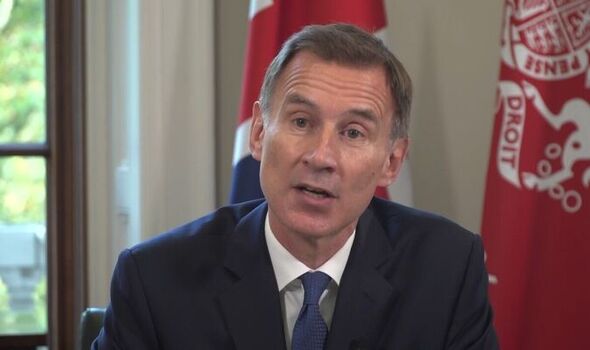 The UK is heading for a technical recession, with Chancellor Jeremy Hunt issuing a stark warning of the upcoming challenges facing Britain. He said the UK is facing a “tough road ahead”, warning that the country is “not immune from the aftershocks of COVID-19, Putin’s war and high global gas prices.” While GDP figures published this morning show that the economy grew by 0.5 percent in October, the economy contracted by 0.3 percent across the last three months.

The Chancellor is expected to confirm that the UK has entered a technical recession last this morning.

The 0.5 percent growth figure is also understood to have been impacted by the extra bank holiday in September, which contributed to a contraction of 0.6 percent due to nationwide disruption to economic activity.

October’s partial recovery, which was slightly stronger than economists had forecast, has been primarily explained by the number of working days returning to normal rather than any real surge in output.

Reacting to this morning’s growth figure, Mr Hunt said: “High inflation, exacerbated by Putin’s illegal war, is slowing growth across the world, with the IMF predicting a third of the world economy will be in recession this year or next.

“While today’s figures show some growth, I want to be honest that there is a tough road ahead. Like the rest of Europe, we are not immune from the aftershocks of Covid-19, Putin’s war and high global gas prices.

“Our plan has restored economic stability and will help drive down inflation next year, but also lay the foundations for long-term growth through continued record investment in new infrastructure, science and innovation.”

But Labour’s Shadow Chancellor Rachel Reeves said: “Today’s numbers underline the failure of this Tory government to grow our economy, leaving us lagging behind on the global stage.

“These are challenging economic times, but there is a choice. We can continue down the road of managed decline, falling behind our competitors, or we can draw on bold thinking to propel us forward.

“That is why Labour will make our economy stronger and get it growing, with our Green Prosperity Plan and an active partnership with business.”