Clearance was held up in part over questions about Jared Kushner’s foreign and business contacts, news report says. 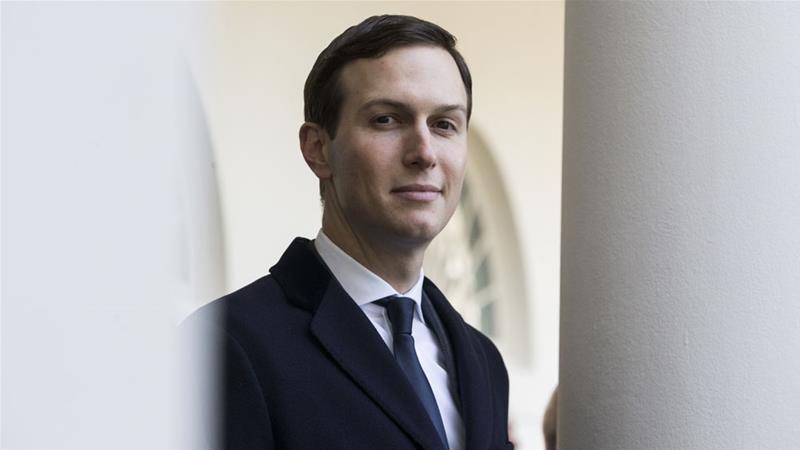 US President Donald Trump ordered his chief of staff to grant his son-in-law and adviser Jared Kushner a top-secret security clearance, the New York Times has reported.

Senior administration officials were troubled by the decision, which prompted then-White House chief of staff John Kelly to write an internal memo about how he had been ordered to give Kushner the top-secret clearance, the newspaper said on Thursday.

The White House counsel at the time, Donald McGahn, also wrote an internal memo outlining concerns raised about Kushner and how McGahn had recommended against the decision.

The Times said the memos contradicted a statement made by Trump in an interview with the newspaper in January that he had no role in Kushner’s receiving his clearance.

Peter Mirijanian, a spokesman for Kushner’s lawyer Abbe Lowell, said in an email that White House and security clearance officials last year asserted that Kushner’s clearance was “handled in the regular process with no pressure from anyone”.

“New stories, if accurate, do not change what was affirmed at the time,” Mirijanian said.

The Times – quoting “multiple people familiar with the events” – reported specific concerns about Kushner were not known, but the security clearance was held up in part over questions from the FBI and the CIA about his foreign and business contacts, including those related to Israel, the United Arab Emirates and Russia.

In an interview last month with ABC News, Ivanka Trump – a White House adviser and Kushner’s wife – said her father did not order security clearances be given.

“There were anonymous leaks about there being issues. But the president had no involvement pertaining to my clearance or my husband’s clearance, zero,” she said.