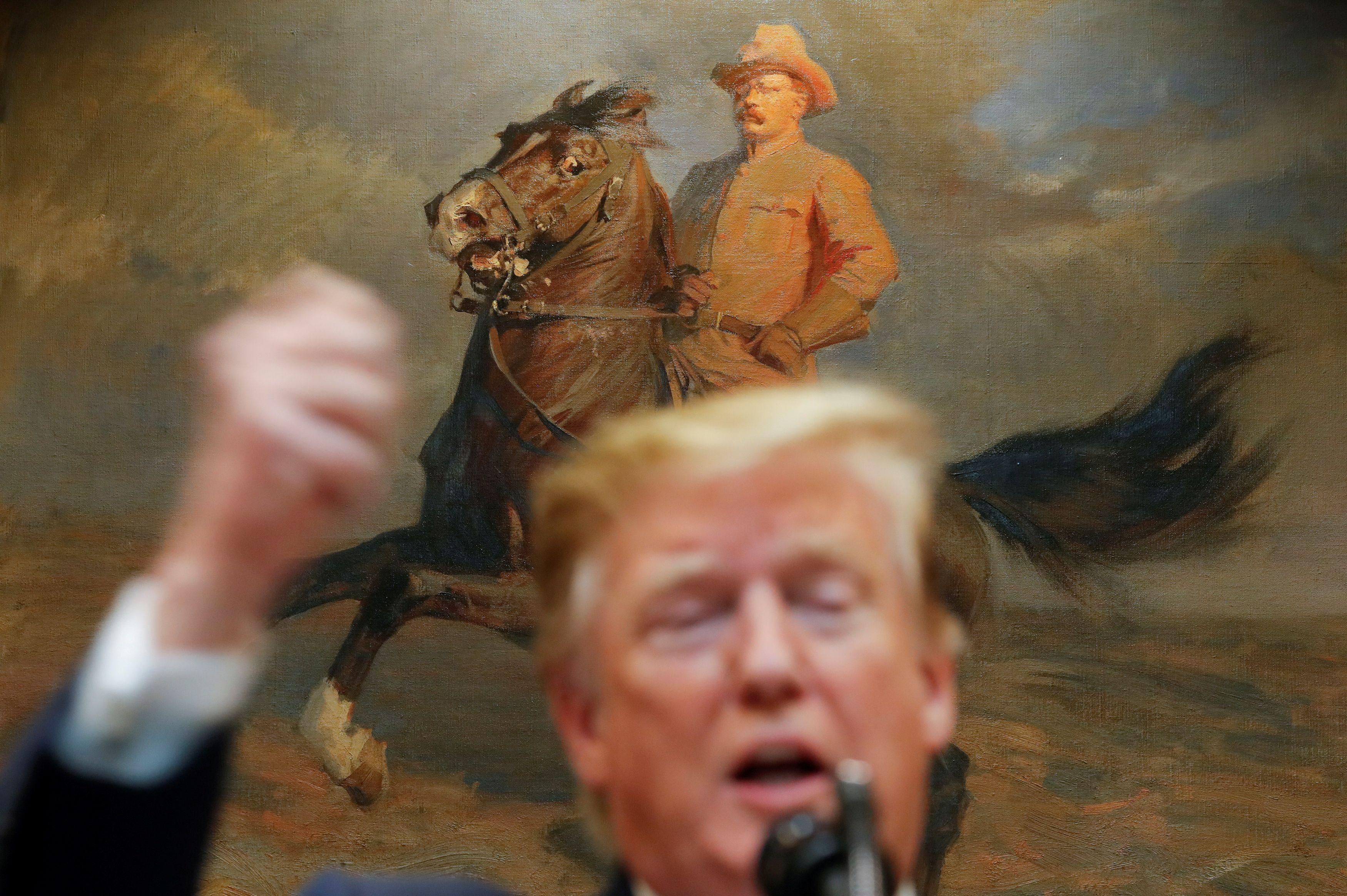 The move was announced by the museum on Sunday and comes amid anti-racism protests across the United States and the world after the death of an unarmed black man, George Floyd, in police custody on May 25 in the United States.

The statue shows Roosevelt on a horse, with a Native American man and an African man by his side. It stands prominently on a plinth outside the museum’s main entrance, overlooking Central Park.

Roosevelt, a Republican like Trump, was U.S. president from 1901-1909. Known for his exuberant and daring manner, he carried out antitrust, conservationist and “Square Deal” reforms, and, critics said, took an interventionist approach to foreign policy, including projecting U.S. naval power around the world.

Many critics have said the Roosevelt statue symbolizes racial discrimination and colonial expansion.

New York City Mayor Bill de Blasio said on Sunday that the city was in favor of the request from the museum to remove the statue because it “depicts black and indigenous people as subjugated and racially inferior.”

“Ridiculous, don’t do it,” Trump said in a tweet on Monday bit.ly/3ez5QmU.

In the ongoing ant-racism demonstrations, protesters across the United States and around the world have demanded that authorities take down monuments honoring pro-slavery Confederate figures and the architects of Europe’s colonies.

“Simply put, the time has come to move it,” the museum’s president, Ellen Futter, told the New York Times nyti.ms/2YZncTo.

She said the museum’s decision was based on the statue itself, along with its “hierarchical composition”, and not on Roosevelt. Futter said the museum continues to honor Roosevelt as “a pioneering conservationist”.

Roosevelt’s face is also one of the four presidents – along with George Washington, Thomas Jefferson and Abraham Lincoln – whose faces are cast in 60-foot-high granite sculptures at the Mount Rushmore National Memorial in South Dakota.

“The unhinged left-wing mob is trying to vandalize our history, desecrate our monuments – our beautiful monuments – tear down our statues and punish, cancel and persecute anyone who does not conform to their demands for absolute and total control. We’re not conforming”, the U.S. president told supporters at a rally last week.