DAYTONA BEACH, Fla. (Reuters) – President Donald Trump took a loop around the Daytona 500 racetrack on Sunday in his presidential limousine, drawing cheers from fans at NASCAR’s most prestigious race not long after completing a dramatic flyby on Air Force One.

Ramping up his nationwide re-election effort after his acquittal in the U.S. Senate impeachment trial, Trump served as grand marshal at the annual National Association for Stock Car Auto Racing event, which takes place in the electoral swing state of Florida.

Trump, a former reality television star with a taste for showmanship, landed on Air Force One near the Daytona International Speedway. He was then driven in the presidential limousine known as “The Beast” directly onto the racetrack along with the rest of his motorcade.

After meeting people at the speedway and delivering brief remarks, Trump kicked off the race by announcing to the drivers: “Gentlemen, start your engines!”

Engines revved, and Trump got back into the limo with his wife, Melania, for a lap around the track, with the race cars following behind. Some fans chanted “Four more years” while Trump was there.

Trump’s campaign planned to take advantage of the president’s appearance by flying an aerial banner near the speedway and running a television ad during the Fox broadcast.

Shortly after starting, the race was postponed until Monday because of rainy weather.

Florida is one of a handful of U.S. states that swing between Democrats and Republicans in presidential elections. Trump won the state, where he has golf courses and a home that is now considered his primary residence, in his race against Democrat Hillary Clinton in 2016. 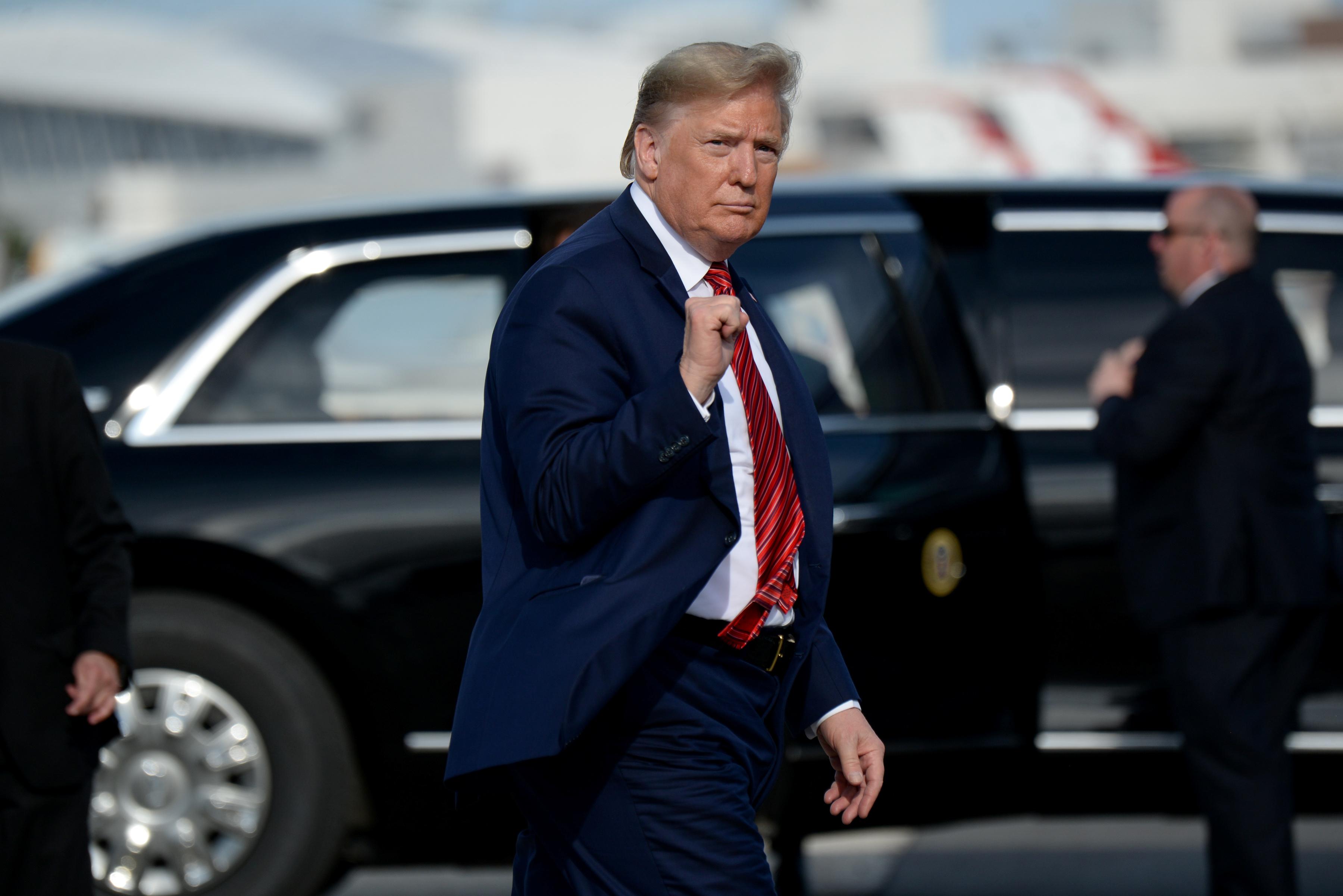 Trump plans a fundraising swing and political rallies in Western states this week. He spent the weekend at his resort in Palm Beach, Florida, before going to Daytona.

He later made it back to Washington for the wedding of top aide and immigration hardliner Stephen Miller to Vice President Mike Pence’s spokeswoman, Katie Waldman, at the Trump International Hotel near the White House.