WASHINGTON (Reuters) – Republican President Donald Trump, accused by Joe Biden of putting lives at risk in his handling of the coronavirus, on Monday called his Democratic rival “stupid” and demanded an apology for what Trump called anti-vaccine rhetoric. 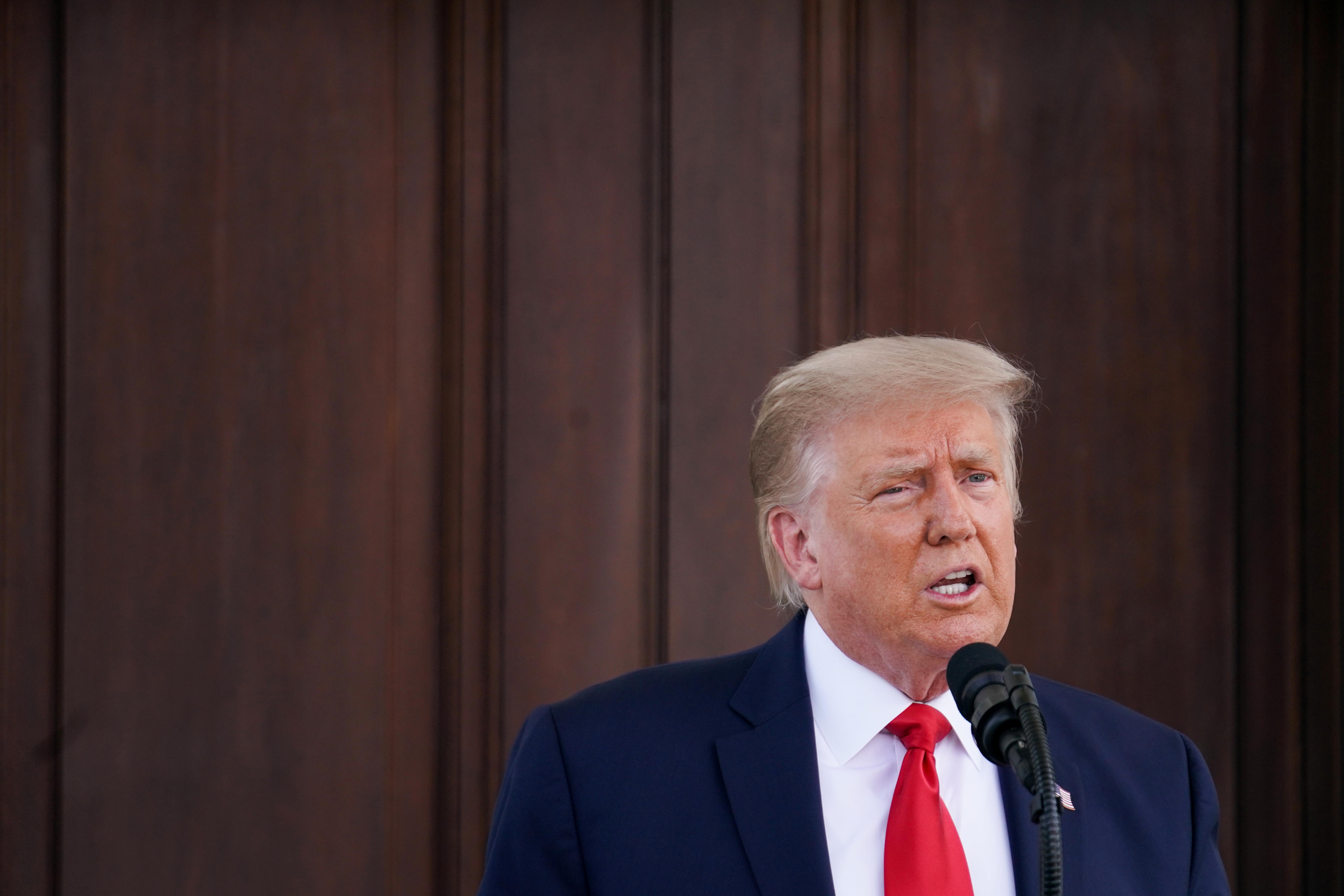 Trailing in national opinion polls as the U.S. death toll from the virus approaches 190,000, Trump unleashed a broad attack against both the former vice president, his opponent in the Nov. 3 election, and Biden’s running mate, U.S. Senator Kamala Harris.

Trump has said that a vaccine against the virus would be ready in record time, perhaps before the election, raising questions about whether political pressure might result in the deployment of a vaccine before it is safe.

Harris had said she would not trust Trump with a vaccine before the election and Biden, critical of Trump’s response to the virus, has urged Americans to heed the scientists. Critics accuse Trump of undermining scientists during the pandemic.

Speaking in front of the White House at a U.S. Labor Day news conference, Trump said: “Biden and his very liberal running mate, the most liberal person in Congress by the way – is not a competent person in my opinion, would destroy this country and would destroy this economy – should immediately apologize for the reckless anti-vaccine rhetoric that they are talking right now,” adding: “It undermines science.”

Trump again dismissed a report in The Atlantic that he had referred to fallen U.S. soldiers as “suckers” and “losers” and highlighted a denial of the story by an aide to former White House chief of staff John Kelly, Zach Fuentes.

In rambling remarks the president also hailed the U.S. labor market’s recovery from the pandemic-fueled recession and suggested Biden would undo that progress.

Trump has sought to paint himself as best-placed to revive the economy, despite criticism that his initial dismissal of the virus threat led to both a health crisis as well as a recession.