WASHINGTON — President Donald Trump’s allies are hoping Wednesday marks his last stand in a weekslong effort to challenge the November election results, with multiple people close to Trump privately acknowledging that his options will be exhausted once Congress tabulates the Electoral College votes.

“It’s hard to see anything beyond tomorrow,” a senior administration official said Tuesday, adding that already everyone, including Trump, views efforts by dozens of Republicans in Congress to stop or delay the tabulation as “uphill.”

Yet people close to Trump also say he still may not relent after this final step in the election process, given that his determination to overturn the results has only intensified despite its having failed multiple times — including state certifications and the Electoral College meeting last month — and scores of legal defeats.

“It’s going to get worse before it gets better,” one of Trump’s allies said. “He’s lost re-election. So for somebody who has no sense of shame, there’s no downside to him letting all the crazy out.”

There’s not a serious discussion of somehow using the military to block the inauguration of President-elect Joe Biden on Jan. 20, officials said. But some of Trump’s allies have pushed the idea, and people close to him said they can’t rule out that he’ll entertain Hail Mary options to hold on to power as the end of his presidency approaches.

“He won’t stop,” a Republican with ties to the White House said, suggesting Trump will continue to press his grievances beyond Wednesday’s process in Congress. “He’s embarrassed.”

The Trump ally described him as “increasingly desperate.” And another person close to Trump said his behavior in recent days, particularly in pressing Georgia’s secretary of state to find votes for him, “shows in his own words that there isn’t a path to victory in these election challenges.”

Already, people close to Trump said he has taken his election fraud claims much further than they thought he would.

After the election, they believed that over the following days and weeks he would get closer to accepting the results, even though he was never expected to concede. But instead, he got further away from accepting his loss, started to grasp at outlandish theories and iced out allies who weren’t completely on board, they said.

Trump is expected to speak at a rally in Washington on Wednesday to fan support for his efforts. But his aides and allies said there is no clear plan for how he’ll proceed during his final two weeks in office. The only thing they said they were certain of is that Trump will leave the White House by Jan. 20, when Biden takes office. 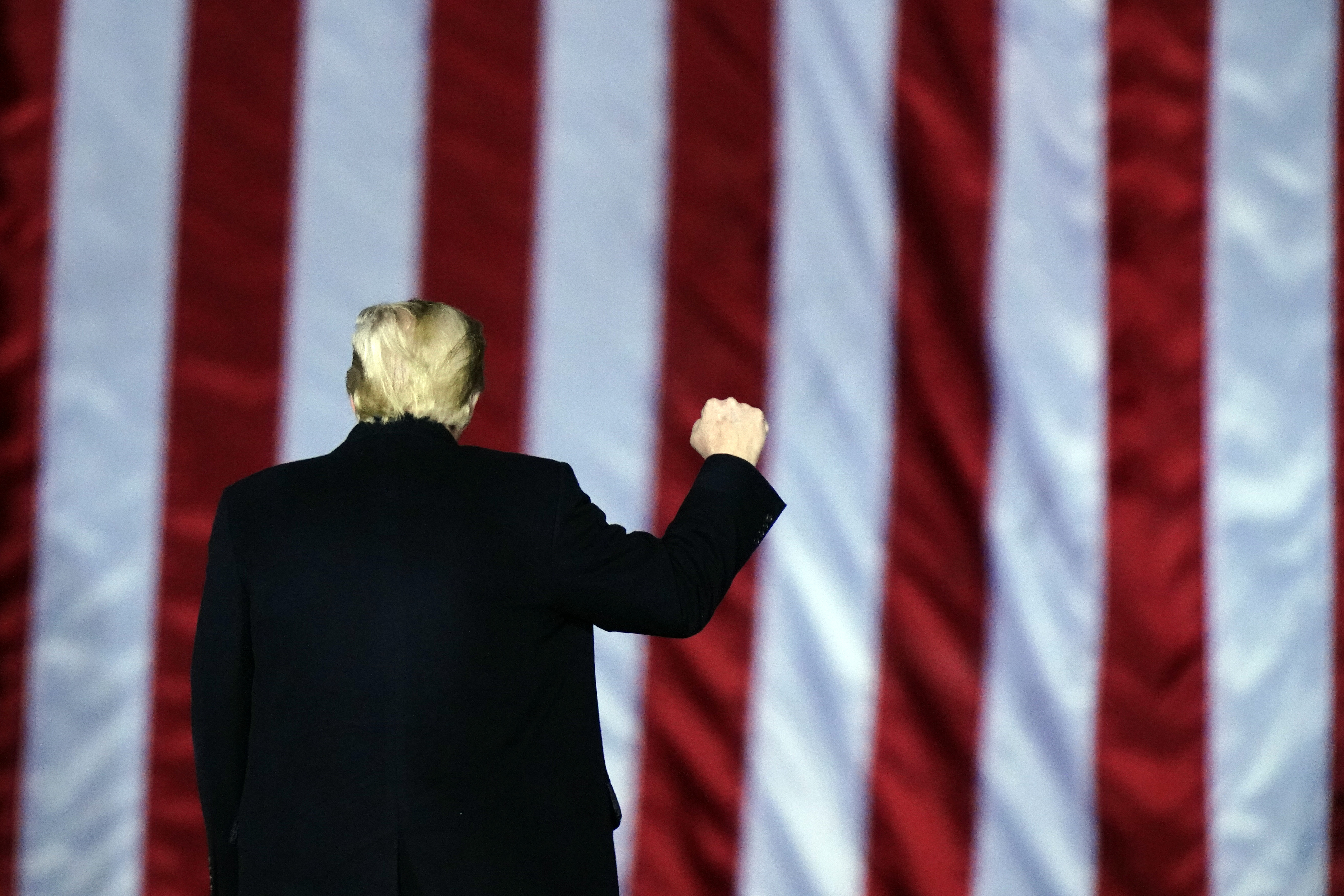 What happens before then, they said, is unclear — although Trump does plan to issue a string of pardons.

The few Trump re-election campaign staffers who are left view Wednesday’s proceedings on Capitol Hill as an ending point and a form of closure to the 2020 cycle, despite Trump’s continued denial. They expect him never to admit he lost the race, a fact he previewed at a Georgia rally Monday: “No, no, I don’t concede.”

Trump isn’t expected to attend Biden’s inauguration, and he has discussed holding a campaign-style rally instead, as NBC News has previously reported. Trump has also considered announcing a 2024 presidential bid on or before Jan. 20, but some of his allies are pressing him not to officially announce his candidacy until after 2022.

There is no infrastructure to formally launch a 2024 campaign in the coming weeks, as was once discussed immediately after the November election. Some allies expect Trump to spend the next two years dangling the prospect of another White House bid before making a final decision.

Either way, the senior administration official said, “the president is not going away.”

Some of Trump’s allies question whether he will actually mount a 2024 candidacy and see his discussions about it as aimed more at staying relevant. They also question whether Trump would have the “emotional discipline,” as one of them put it, to cede the spotlight entirely to Biden on Jan. 20.

White House officials said they view Wednesday’s congressional proceedings as a “fight for the process” and the “integrity” of the electoral system. And they underscore that Trump firmly believes the Nov. 3 election was unconstitutional, though he has been unable to prove that, despite two months of allegations which even some of his closest allies dispute.

“It’s going to be a big couple of days, but this is literally going to be his last gasp,” the Trump ally said of Wednesday’s proceedings, which could drag into Thursday. “There’s not anything he can latch on to after this.”