The former Brexit party leader, who has rebranded the party as Reform UK, lambasted the Scottish Conservatives for not making inroads in the polls. He told this website the Tories had “effectively given up” on opposition.

The former MEP also claimed the Remainer-led Scottish Tory party had been hamstrung when debating the SNP on Scottish independence.

Outlining the platform Reform UK would stand on in May’s elections, he said: “We want to more directly challenge Nicola Sturgeon on the use of the word ‘independence’.

“It’s not independence. She wants to be part of the European Union.

“But how can a Remainer Tory party in Scotland make that argument when they don’t really believe in it?” 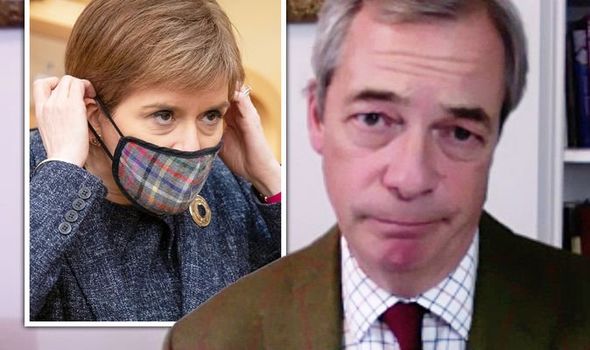 The SNP has vowed to take Scotland back into the EU if the country leaves the UK.

Ms Sturgeon hopes to hold a new vote on independence by the end of the year if she wins a majority at the Holyrood elections.

Permission to hold a referendum must be granted by Prime Minister Boris Johnson, but Ms Sturgeon said she would hold a vote regardless of whether it has consent from Westminster.

The SNP are currently on track to win a majority of 13 in May, according to a Savanta ComRes poll of 1,002 adults interviewed between February 4 and 9.

Mr Farage blamed not only a failure to promote Brexit for the support of the nationalists but also accused the party of having an authoritative voice to make the argument for the Union.

“The Scottish Conservative party has virtually given up being in opposition,” he said. 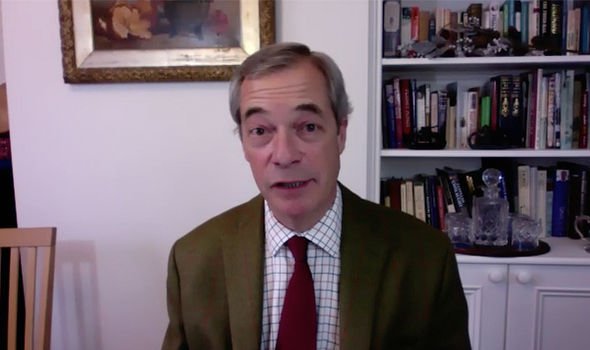 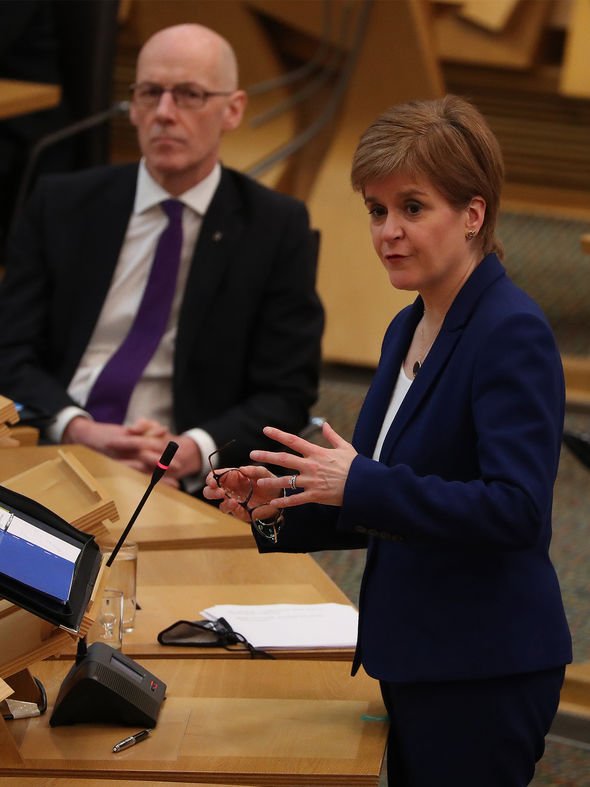 “Ruth Davidson may have been a Remainer, but Ruth Davidson was a personality that led the Scottish Conservatives.

“Now, they’ve got no one, they don’t really stand for anything in particular.”

Tory MP Douglas Ross took over as leader of the Scottish Conservatives in August last year following the resignation of Jackson Carlaw.

Still based in Westminster without a current seat in Holyrood, Ms Davidson is leading the party in the Scottish Parliament until May. 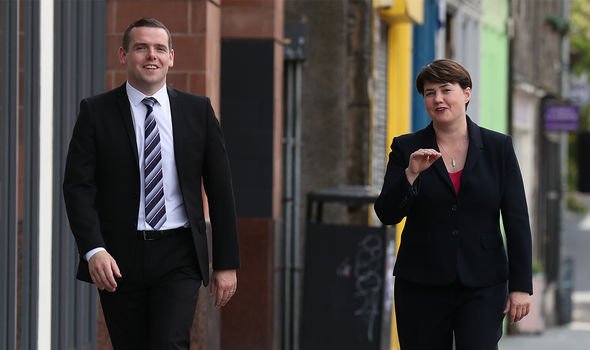 When Mr Carlaw stood down he admitted he had failed to breakthrough in the polls.

He said: “I believe the Scottish Conservative and Unionist party is the most important voice in Scotland for setting out that positive argument.

“I am clear that nothing must get in the way of doing so.

“In the last few weeks, I have reached a simple if painful conclusion – that I am not, in the present circumstances, the person best placed to lead that case over these next vital months in Scottish politics prior to the Holyrood elections.”