Nicola Sturgeon gets told off for getting ‘personal’ during FMQs

Scottish Conservative Ruth Davidson blasted Nicola Sturgeon and the SNP for their record on education stating the First Minister was too interested in independence issues. But as Ms Sturgeon defended herself by making repeated reference to Ms Davidson’s House of Lords departure she was told off for being “too personal” with her attacks. Ms Sturgeon was irritated and threw her hands in the air as the chamber became rowdy.

Ms Davidson and Ms Sturgeon debated the education gap in Scotland with the Scottish Conservative condemning the SNP for focusing on independence over education.

Ms Sturgeon began to list off the things the SNP had done to tackle the problems in education but decided to send a parting shot to the Tory.

The First Minister said: “So in the next parliament I hope to be standing here but that’s up to the Scottish people.

“But while Ruth Davidson is off for taking £300 a day to sit in the unelected House of Lords, those in this chamber will be getting on with the job of improving education for all.” 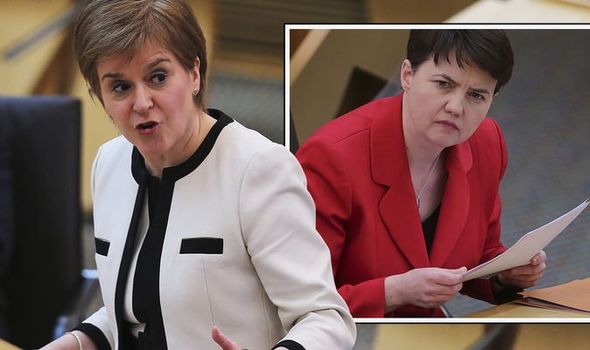 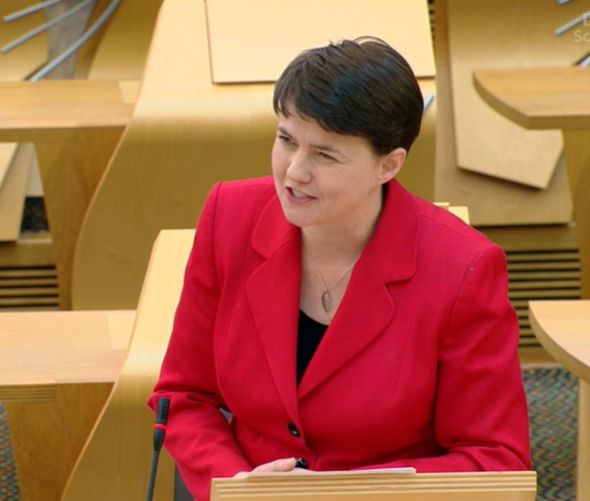 While the chamber erupted with noise Presiding Officer Ken Macintosh attempted to cool things down.

He told Ms Sturgeon: “I appreciate this is a political exchange and I always allow some latitude.

“But the First Minister has twice mentioned the House of Lords and I get it and I do understand it.

“However the point has been made I’d rather it wasn’t so personal.” 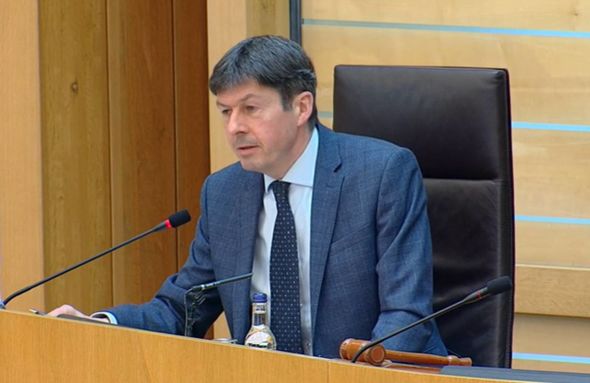 Ms Davidson told Mr Macintosh that it was “gallant, but not required.”

But once the debate calmed down, the First Minister gave Ms Davidson a farewell and said: “I hope she has a happy time.”

She continued and said she “genuinely wishes her well” before the chamber applauded Ms Davidson.

During the last PMQs before the May 6 election, Nicola Sturgeon revealed Scotland was on track to vaccinate all JCVI priority groups by mid-April. 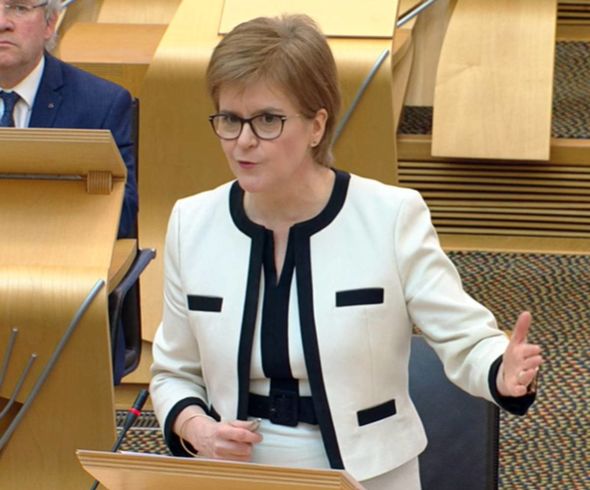 Ms Sturgeon defended herself from a motion of no-confidence tabled by the Scottish Conservatives earlier this week.

MSPs voted 65 to 31 with Labour and the Lib Dems abstaining from the vote.

The Scottish Conservatives accept the findings of the Holyrood inquiry which found Nicola Sturgeon did mislead parliament regarding the Alex Salmond case.

But an independent report from barrister James Hamilton found the First Minister was not in breach of the ministerial code and therefore did not need to resign.