Democrats ran away from being called “liberal” in the 1990s. Now, a new breed of intellectuals wants them to ditch the word “progressive,” too. 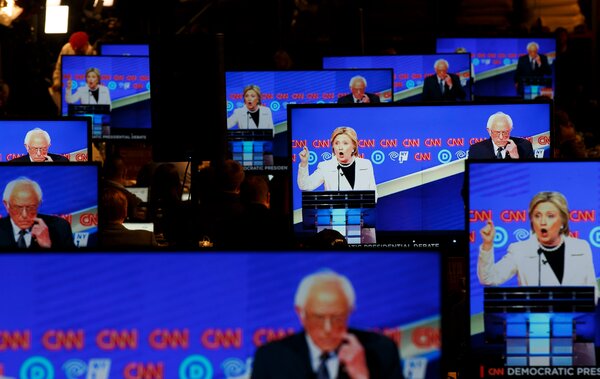 The very word “progress” is embedded in the term “progressive,” a label that has become ubiquitous in recent years as many on the left embrace it over its predecessor, “liberal.”

But a backlash has been brewing. Some thinkers on the left question whether embracing “progressive” implies a certain level of comfort with the idea that history is guided by a hidden hand and somehow moves in a way that makes each year better than the last.

The word came up in 2016 during a town-hall-format debate between Hillary Clinton, who would go on to become the Democratic nominee that year, and Bernie Sanders, the Vermont senator who describes himself as a “democratic socialist.”

Clinton said she was “a progressive who likes to get things done” — a sideswipe at Sanders, who was known in the Senate as someone who tended to prefer ideological purity over pragmatic compromise. She went on to say that she was “amused” that Sanders had “set himself up as the gatekeeper of who gets to be a progressive.” The discussion prompted a wave of coverage asking what, exactly, a progressive is.

Now, the term is everywhere. Last year, Danielle Kurtzleben of NPR found that more Democrats were embracing the label “progressive,” to the point where its use had nearly caught up to that of “liberal.” In 2018, when two scholars at the Brookings Institution tracked the number of challengers to establishment Democratic politicians, they found that the number of candidates identifying themselves as “progressive” was on the rise.

Along the way, the term’s meaning has become diluted. Candidates of all stripes on the left have begun using it, while news outlets have sometimes failed to be rigorous about how to apply it in their political coverage.

Michael Kazin, a historian at Georgetown University who recently published a book on the history of the Democratic Party, said the term was “spongy.”

Teddy Roosevelt — nobody’s idea of a leftist — identified as a progressive. During the Cold War, American communists often identified themselves as progressives “to obscure their actual politics,” Kazin said.

There was even a Progressive Party at the turn of the last century. Kazin noted that three vastly different candidates had run for president for the party: Roosevelt, Robert La Follette and Henry A. Wallace.

That sponginess might help explain the backlash. But for some on the left, there’s a deeper, more philosophical rationale.

The case against ‘progress’

Christopher Lasch, the historian and social critic, posed a banger of a question in his 1991 book, “The True and Only Heaven: Progress and Its Critics.”

“How does it happen,” Lasch asked, “that serious people continue to believe in progress, in the face of massive evidence that might have been expected to refute the idea of progress once and for all?”

How indeed. Lasch, a complicated, nuanced thinker who, before his death in 1994, influenced people as divergent as Barack Obama and Steve Bannon, was taking issue with a certain technocratic view of progress. A review in The New York Times Book Review by William Julius Wilson, a professor at Harvard, was titled: “Where Has Progress Got Us?”

Essentially, Lasch was attacking the notion, fashionable as Americans basked in their seeming victory over the Soviet Union in the Cold War, that history had a direction — and that one would be wise to stay on the “right side” of it.

Francis Fukuyama expressed a version of this triumphalist idea in his famous 1992 book, “The End of History and the Last Man,” in which he celebrated the notion that History with a capital “H,” in the sense of a battle between competing ideas, was ending with communism left to smolder on Ronald Reagan’s famous ash heap.

One of Martin Luther King Jr.’s most frequently quoted lines speaks to a similar thought, albeit in a different context: “T​he arc of the moral universe is long, but it bends toward justice.” Though he had read Lasch, Obama quoted that line often, just as he liked to say that so-and-so would be “on the wrong side of history” if they didn’t live up to his ideals — whether the issue was same-sex marriage, health policy or the Russian occupation of Crimea.

So, does history have a direction? This one seems pretty easy to debunk. Remember the Dark Ages? Before the Renaissance, European and Mediterranean societies went from being dominated by centralized, relatively advanced civilizations like the Egyptians, Greeks and Romans to one of squabbling feudal warlords.