The Tory MP accused ministers of governing by “fiat” but was forced to admit that if a rebel amendment to the Coronavirus Act, tabled by Sir Graham Brady, was not selected by the Speaker, Boris Johnson could not be defeated. He told BBC Radio 4’s Today programme: “If there isn’t a vote on the amendment and there isn’t a satisfactory response from the Government to the demands of the amendment, many people will vote against a renewal of an act.

“Well when I say many, there will be a number, but certainly the Government isn’t going to be defeated.”

Ministers have held crisis talks with Tory MPs in an effort to ward off a revolt over coronavirus laws.

Mr Johnson is under pressure to give Parliament the opportunity to debate and vote on future restrictions, with more than 50 Tory MPs signalling they could rebel on the matter.

MPs will vote on Wednesday on whether to renew the powers in the Coronavirus Act, with Sir Graham Brady, chairman of the influential Tory backbench 1922 Committee, leading calls for ministers to consult Parliament before introducing new curbs on people’s freedoms. 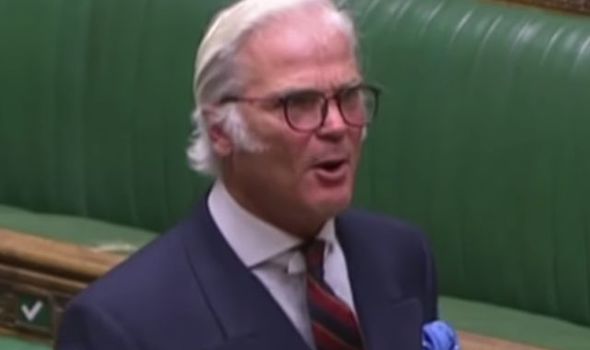 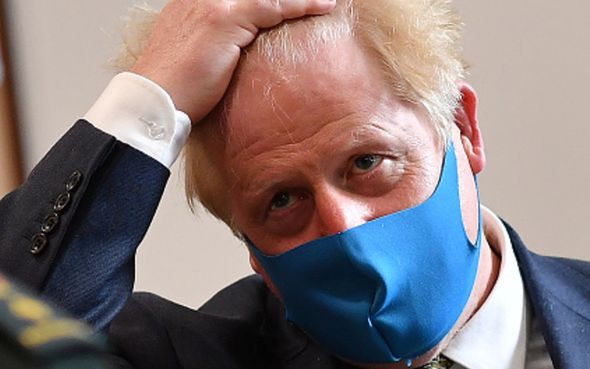 Some 52 Conservatives publicly back the amendment, enough to wipe out Mr Johnson’s Commons majority if it is put to a vote and opposition parties support it.

Former minister Steve Baker, one of those who signed up to Sir Graham’s amendment, was at the “cordial and constructive meeting”, and said: “I hope and expect we will reach a satisfactory agreement.”

It comes as tougher restrictions banning people from mixing with other households in any setting will be introduced tonight in large parts of north-east England due to a continued sharp rise in coronavirus cases.

Existing measures – for Northumberland, Newcastle, North and South Tyneside, Gateshead, Sunderland and County Durham – are being tightened at the request of local councils because the virus is still spreading, Health Secretary Matt Hancock said.

It had been illegal for two households to mix inside or in a garden, but it was only guidance that they should not meet at public venues, including restaurants and pubs.

The measures will come into force from midnight on Wednesday and will be enforceable with fines, the Department for Health and Social Care said.

Making the announcement in the House of Commons, Mr Hancock said: “Unfortunately the number of cases continues to rise sharply.

“The incidence rate across the area is now over 100 cases per 100,000. We know that a large number of these infections are taking place in indoor settings outside the home. 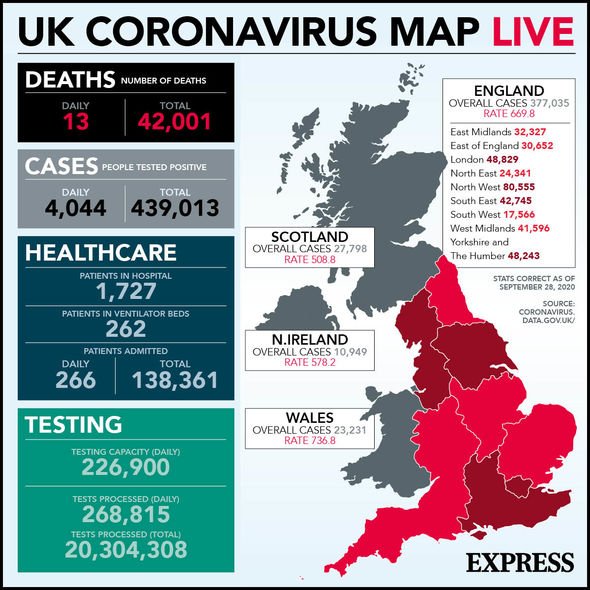 “And so at the request of the local councils, with whom we have been working closely, we will introduce legal restrictions on indoor mixing between households in any setting.”

He said these steps are not taken “lightly” but they must happen now as swift action is more likely to bring the virus under control.

The Government said that, as of 9am on Monday, there had been a further 4,044 lab-confirmed cases of coronavirus in the UK, taking the overall number to 439,013.

A further 13 people had died within 28 days of testing positive for COVID-19 as of Monday.