WASHINGTON (Reuters) – A Bernie Sanders administration might logically start with a roughly $300 billion federal jobs guarantee, a cornerstone of worker protection, says a key adviser to the front-runner in the U.S. Democratic presidential nominating race. 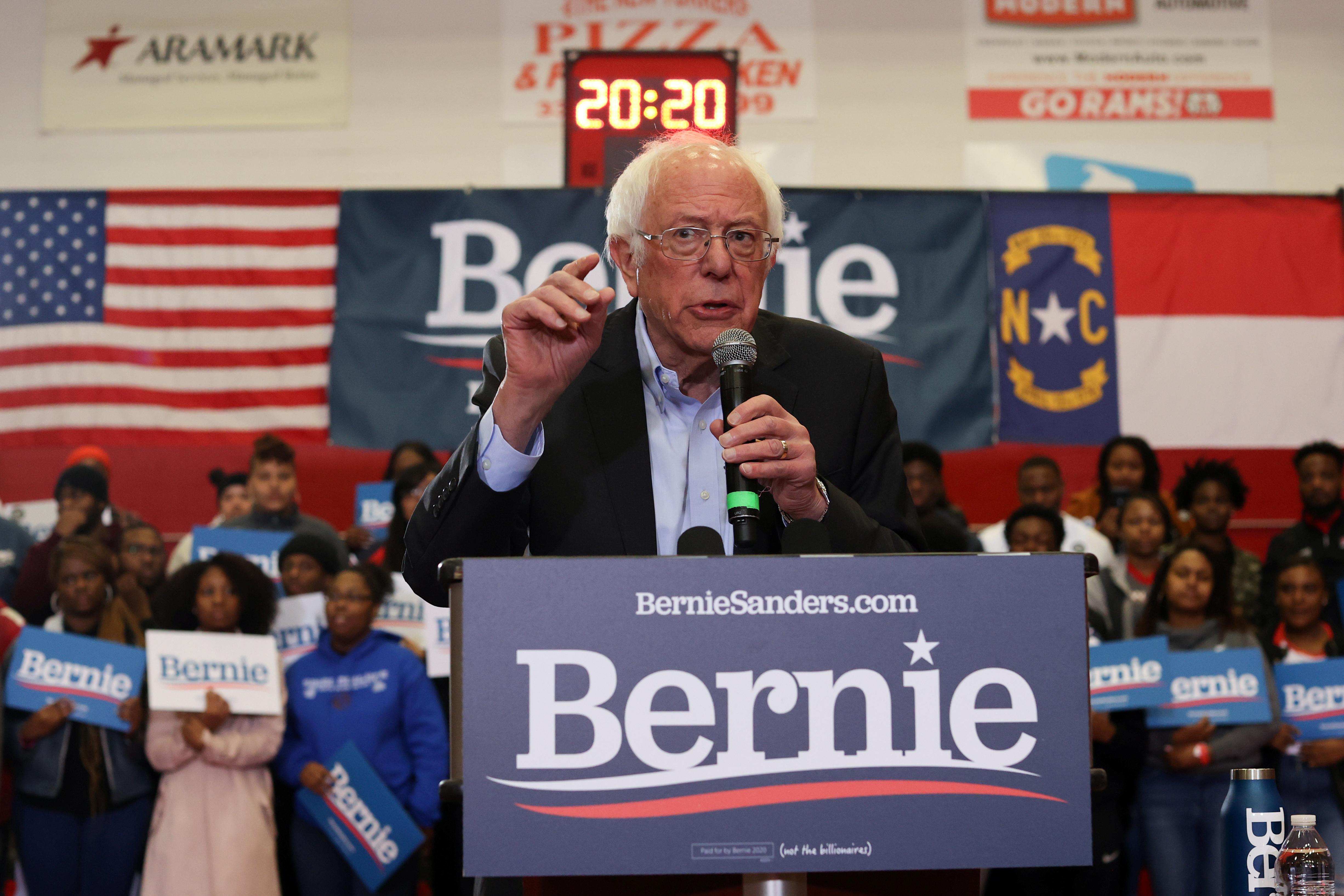 Some of the higher price tag items Sanders has proposed, such as the elimination of $1.7 trillion in student debt, could be enacted and actually boost the economy, while ambitious environment or healthcare programs would need to be rolled out more deliberately to match what the economy could absorb without inflation, Stephanie Kelton, a professor at Stony Brook University in New York state, said earlier this week.

“I like very much the idea of getting a (jobs) safeguard in place right away because, like most people, I worry about what happens when the next downturn comes,” Kelton said on the sidelines of a National Association for Business Economics meeting.

Kelton, who has been Sanders’ senior economic adviser since his unsuccessful 2016 presidential bid, emphasized she was speaking on her own behalf about how some of her economic ideas might be implemented, and not for the U.S. senator’s campaign.

But Sanders’ ideas have raised questions and criticisms about how his proposals would be financed. Though Kelton’s role in a possible Sanders’ administration is uncertain, her advocacy of the controversial Modern Monetary Theory (MMT) brand of economics could offer clues about how that large an agenda might be implemented.

MMT hinges on the belief that nations like the United States that issue their own currencies and do not borrow in foreign denominations need not limit government spending based on tax revenues or annual budget deficits, but rather by whether the spending produces inflation.

Sanders, a self-described democratic socialist, has promised a sweeping transformation of the U.S. economy if he wrests the keys to the White House from President Donald Trump in the November 2020 election.

Kelton estimates the jobs guarantee would increase the federal deficit by about 1.5% of gross domestic product while ensuring the elusive goal of full employment. The U.S. deficit currently stands at 4.5% of GDP.

Such a proposal is not a novel idea in U.S. history or even the current presidential race. Government employment programs were used to ease the sting of the Great Depression, and have been more recently proposed by Democratic presidential candidates including Senator Elizabeth Warren.

But Sanders has made it a centerpiece of his agenda.

A jobs guarantee would, Kelton said, form an ultimate economic backstop that ensures full employment even in a recession and would expand federal spending just as private sector incomes ebbed.

Kelton said her research shows that cancelling the $1.7 trillion in federal student debt would be a net boost to the economy.

Trillions of dollars would need to be allocated to pay for ambitious parts of the Sanders agenda such as the Medicare For All proposal to provide health insurance for all Americans based on the existing government-run program for those 65 and older, a climate-friendly Green New Deal or an infrastructure building program.

Those programs would need to be rolled out more deliberately and designed by teams of experts across federal agencies to match what could be spent in any given year without causing a worrying jump in inflation, she said.

The Sanders campaign had no comment when asked about Kelton’s possible role in a Sanders White House. The campaign’s website promises “a stable job that pays a living wage” to everyone in America who can work, highlighting health care, infrastructure, and childhood education jobs.

Sanders also does not overtly advocate MMT, and some aspects of it clash with his progressive rhetoric. As an intellectual notion, for example, higher deficits could be just as easily used to underwrite tax cuts as a Green New Deal, a fact Kelton has said here makes Trump seem perhaps an unwitting adherent.

Critics, including Republicans as well as moderate Democrats, view MMT as a pie-in-the-sky set of ideas that would require huge tax hikes and ultimately lead to higher interest rates that would damage the economy.

In a 2019 op-ed in the Washington Post, former U.S. Treasury Secretary Lawrence Summers said MMT was “fallacious at multiple levels” and was being pushed by “fringe economists.”

It is likely Republicans, who currently control the U.S. Senate, would reject most if not all of any MMT-driven agenda.

In the wake of Sanders’ recent victories in the New Hampshire and Nevada nominating contests and strong showing in the Iowa caucuses, some Democrats have voiced concerns that independents and moderate Republicans will be scared by the prospect of a sharp left turn, jeopardizing Democrats’ control of the U.S. House of Representatives as well as their White House hopes.

Sanders, who has vowed to make the wealthy and corporations assume a greater financial burden, has acknowledged that taxes will go up to pay for his proposals, but he so far has refused to say by how much.

Some of his rivals, including former Vice President Joe Biden and former South Bend, Indiana Mayor Pete Buttigieg, have criticized Sanders for failing to lay out the costs and brandished his proposals as a gift to Republicans in November.

“I can tell you exactly how it all adds up. It adds up to four more years of Donald Trump,” Buttigieg said during a Democratic candidates debate on Wednesday. The next state nominating contest takes place on Saturday in South Carolina.

In her appearance at the National Association for Business Economics this week, Kelton outlined what would amount to a technocratic revolution if MMT were to inform federal spending. Lawmakers and officials would closely calibrate federal budgets to spend as much as possible while keeping inflation at bay, attack bottlenecks in specific markets if needed, and use interventions more akin to wartime to engineer the economy away from fossil fuels.

Kelton envisions key changes to the budgeting for government programs so lawmakers no longer fight one battle over how much to spend on a program and another over how to fund it.

“Budgets should be aimed at solving problems,” she said, summing up how an MMT approach could be put into practice. “Write a budget with the intent of improving public well-being.”

For more ambitious programs, “operationalizing” MMT would involve analyzing how large amounts of spending could be rolled out without causing prices to surge, she said.

MMT does not worry about government deficits. But it does see inflation as a constraint, if money is spent so fast in an economy or market that it drives up prices. 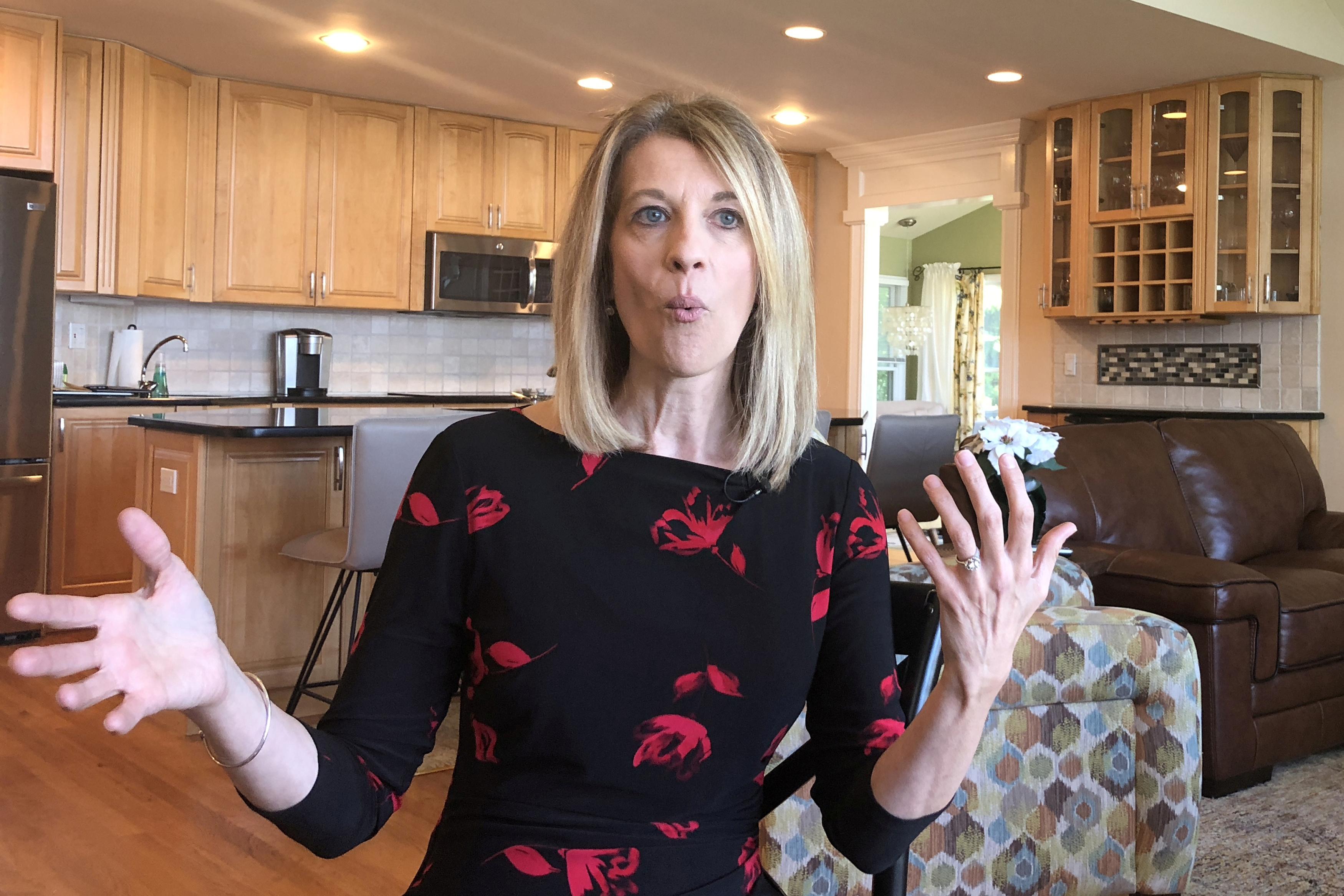 Kelton acknowledged the need for a dose of caution on that front, given the low level of U.S. unemployment, currently at 3.6%.

She cited the estimates of other economists that show there still might be perhaps $500 billion of immediate “fiscal space” available.

But if the aim is to spend “a couple of trillion on a Green New Deal or infrastructure, somebody better be getting this right, especially when the margin of error is not big,” she said.