Whitehall has been left anxious and disturbed about security in ministerial offices after video footage of the former Health Secretary cheating on his wife emerged last week. Mr Hancock was forced to resign over the weekend after the images surfaced.

A video of almost one minute in length was leaked from the Department of Health building, showing the former Health Secretary in a clinch with his personal aide.

MPs have been left angry at the footage with concerns videos from sensitive Government meetings could be recorded and shared with hostile states or other groups working against the national interest.

While the footage has been confirmed to have been leaked from a CCTV camera, social media has been awash with conspiracy theories the video could have come from a secret spy camera hidden in a smoke detector.

Following the rumours, one journalist shared an image on Twitter yesterday joking Mr Javid could have been behind the video in order to secure his job. 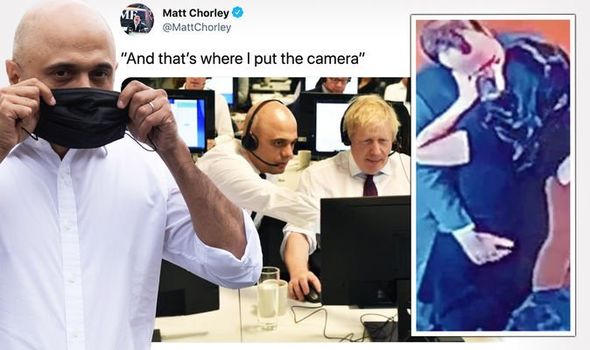 He shared a picture from the 2019 election campaign showing the Bromsgrove MP pointing at a computer screen while talking to Boris Johnson at Conservative party headquarters.

The image was captioned: “And that’s where I put the camera.”

Mr Javid appeared to show his support for the joke mocking his predecessor’s situation by liking the tweet.

However, after his appreciation of the tweet gained significant interest on Twitter, Mr Javid removed his support for the image.

Express.co.uk has contacted the Health Secretary’s office to ask why he unliked the tweet.

While Mr Javid appeared to see the funny side of the leaked footage last night, yesterday morning he criticised the placement of the CCTV camera in the Secretary of State’s office. 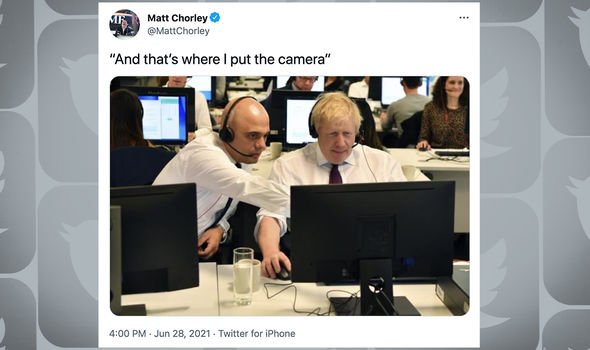 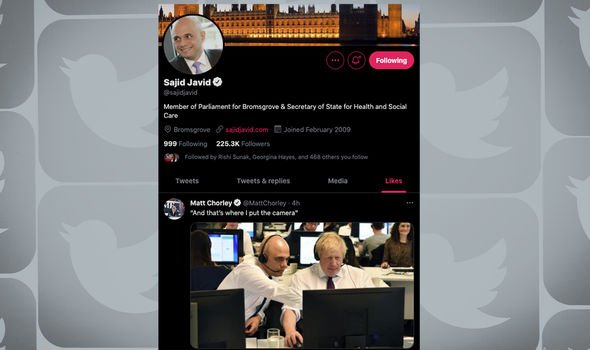 He said the camera had been disabled and was being investigated.

Asked by broadcasters, he said: “I haven’t disabled the camera that you are talking about but it has been disabled by the department. 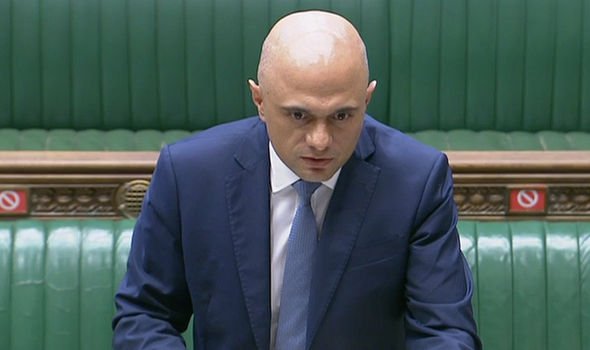 “I don’t think as a general rule there should be cameras in the secretary of state’s office.

“I’ve never known that in the other five departments that I’ve run and I’m not really sure why there was one here but I’m sure there will be more to this as the whole incident is investigated.”

In the afternoon Mr Javid gave his first statement to the House of Commons as Health Secretary.

Updating MPs on the latest situation he confirmed coronavirus restrictions would not be eased on July 5 but said he remained optimistic they would be removed on July 19.

He also used his statement to praise his predecessor, paying tribute to Mr Hancock’s work ethic during the pandemic.

The Bromsgrove MP said: “He worked hard throughout all these testing times.

“He has achieved a great amount in the work that he did and I know he will have more to offer in public life – and I wish him the very best.”

Mr Hancock has not been seen in public since the CCTV images were first shared on the front page of a newspaper on Friday morning.