The prime minister has “full confidence” in the housing and communities secretary amid calls for him to resign over his involvement in a controversial planning application.

Boris Johnson’s official spokesman confirmed the PM had spoken with Robert Jenrick in recent days and considers the matter to be closed.

“The PM has spoken with the communities secretary,” the spokesman said.

“The communities secretary gave his account in public and to parliament and published the relevant documentation.

“In light of the account that was given, the PM considers the matter closed.”

The spokesman said “no one” in Downing Street discussed the planning application “with Mr Desmond or the applicants”, adding: “Number 10 had no involvement with the secretary of state’s appeal decision.”

But he was unable to say whether anyone in Number 10 had discussed the project more generally with Mr Jenrick.

Documents released on Wednesday show Mr Jenrick was “insistent” the application be allowed just in time to save Mr Desmond up to £50m. 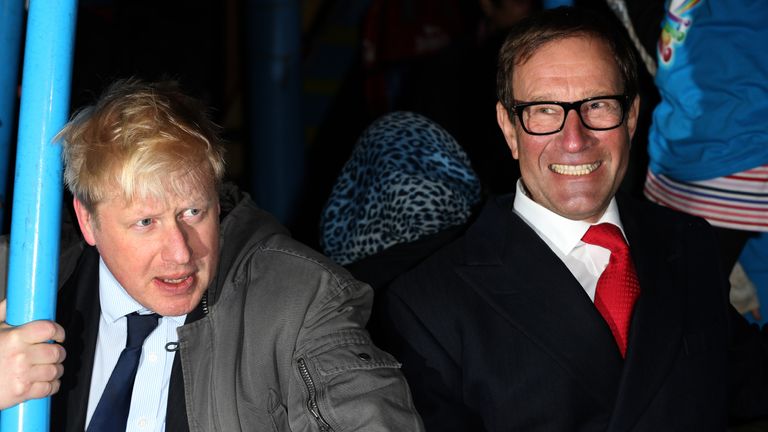 Papers show an official in his department recorded he wanted approval to be given to the Westferry Printworks development.

They also show that Mr Jenrick and Mr Desmond exchanged text messages following a meeting at a Conservative Party event in November.

Mr Jenrick was sat next to Mr Desmond at the dinner, with the Sunday Times reporting that he showed the minister a promotional video for the development.

The minister texted Mr Desmond on 18 November 2019 saying: “Good to spend time with you tonight Richard. See you again soon I hope.”

In another exchange two days later, Mr Desmond tried to arrange a meeting with the housing secretary on 19 December, as well as a site visit, complaining about having to deal with “Marxists”.

He wrote: “Good news finally the inspectors reports have gone to you today, we appreciate the speed as we don’t want to give Marxists loads of doe [sic] for nothing!”