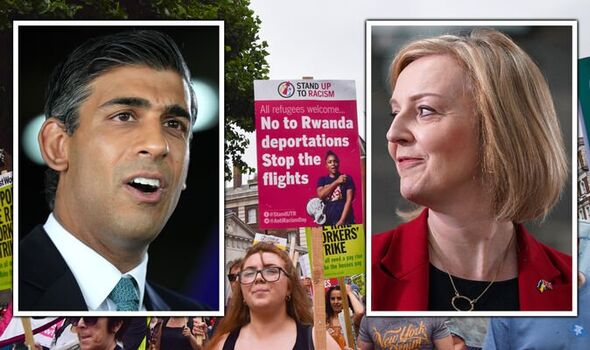 In a policy pledge designed to boost his Tory leadership hopes, the former chancellor will outline a plan to make more foreign criminals eligible for deportation. He wants to ensure any lawbreakers from overseas are due for removal after serving jail sentences of six months or more rather than the current 12 months.

The move will mean foreign nationals convicted of stealing from shops, burglary or threatening with a weapon will be eligible for deportation, under his plans.

A new rule of “three strikes and you’re out” under which any foreign criminals sent to jail three times will also be deported even if no single custodial term exceeds the new six month minimum, under his plan.

In an exclusive message to Daily Express readers, the Tory leadership contender insists he is heeding the call for a “zero tolerance” approach to foreign lawbreakers.

“The British people are one the most generous and open-hearted in the world. But they expect everybody to obey the laws of the land. They want us to be tough on those who don’t.

“That’s why I’m making foreign nationals who commit offences like stealing from our shop owners, thieving from our homes or threatening victims with a knife eligible for deportation.

“Express readers will want us to take a zero-tolerance approach so I will double the number we deport to keep them safe and ensure crime never pays,” the former chancellor told the Daily Express.

A burglar convicted of three offences that land them in prison would be deported under his plans, even if they did not spend six months behind bars.

The most recent Ministry of Justice figures show  2,809 foreign national offenders were returned from the UK in the 12 months to the end of June last year.

Under the former chancellor’s plan, the figure will rise to more than 5,600 deportations a year.

Mr Sunak is toughening his stance on law and order following opinion polls suggesting he is trailing Foreign Secretary Liz Truss in the contest to replace Boris Johnson in Downing Street.

One of her supporters branded his proposed crackdown on foreign offenders “a desperate gimmick” last night.

In a further move to drive down crime and keep the public safe, he wants to increase penalties for the hardcore of prolific career criminals blamed for as much as half of all crime in the UK.

Figures shows nine percent of career criminals, each with an average 19 convictions, are responsible for 52 percent of all crime, excluding fraud.

Under his proposal, such serial lawbreakers have an automatic one-year custodial sentence added to the tally for their latest crime when they face the courts.

He said: “If elected as Prime Minister, I will fundamentally change how the Government tackles crime.

“We are far too soft on foreigners who commit crimes in our country so I will double the number of foreign offenders we deport.

“I will cut crime by locking the most prolific offenders up, keeping them locked up, and building the prison space needed to do so.

“Crime hits the least well-off hardest. It is the local shopkeeper who has his cash register raided, the frail grandmother who is mugged, the young boy whose life is ruined by getting mixed up with the wrong crowd. “Cracking down on foreign offenders and career criminals will dramatically cut crime across our country, making it a safer place for people to live.”

The Bill of Rights will alter the way European Court of Human Rights rulings are interpreted and applied in the UK, preventing the use of the Convention to unfairly avoid deportation.

Chris Philp, a former Immigration Minister, said: “This thin announcement is a desperate gimmick that contains no proposals that will actually double the number of deportations – it just adds to the number in the queue.

“What’s stopping us removing a number of murderers and rapists, let alone someone who stole a pack of crisps, are repeated meritless legal challenges.

“Only Liz Truss has the determination to tackle ECHR overreach and repeated bogus human rights, asylum and modern slavery claims.

“That is the way we will actually increase the number of foreign criminals being deported – which is a priority for Liz.”

Earlier this week, the Home Office deported 37 foreign criminals on a charter flight to Romania.

The offenders removed from the UK had received combined prison sentences of more than 188 years and were convicted of crimes including rape, sexual assault and kidnap.

The removal flight was conducted in cooperation with the Romanian government and formed part of a regular schedule of returns to several countries to remove offenders with no right to remain in the UK.

In June 2022, 240 foreign national offenders were removed from the UK on both charter and scheduled flights.

Since January 2019 the UK has removed 10,741 foreign national offenders.

His comment seemed to refer to the Tory leadership hopeful’s pledge to cut VAT on fuel bills. Mr Sunak at first ruled out slashing taxes but changed tack as he trailed Liz Truss in the polls.

Mr Johnson was addressing the Commonwealth Business Forum in Birmingham. He pledged to create jobs to get the country through “tough times” and said the cost-of-living crisis was an “inevitable” period of difficulty Britain must “get through”.

In a nod to the Commonwealth Games opening last night, he said: “Every athlete knows you have to go through times…if you’re going to be ready to win. By the same token we have to get through these difficult times, but we have to keep investing and getting ready.”

Referring to the race to replace him, he added: “I can assure you the baton is going to be passed seamlessly and invisibly to the hand of somebody else.

“They will continue with the same programme, cutting taxes, simplifying regulation as much as possible, taking advantage of all our new regulatory freedoms, getting rid of every encumbrance.” 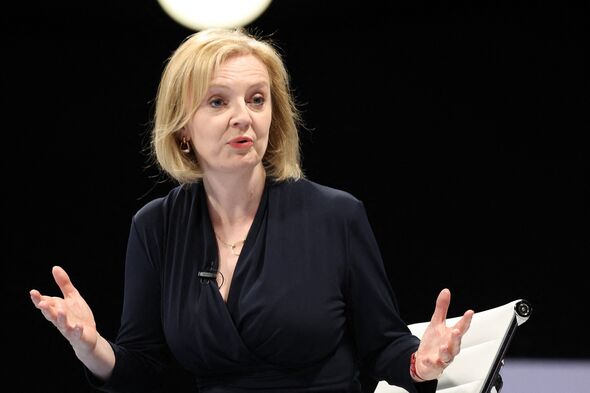 Truss: I will be a ‘straight-talking’ Prime Minister

The feisty Foreign Secretary turned her sights on the Labour leader while addressing Tory members at the leadership hustings in Leeds.

“I do want us to channel the spirit of Don Revie” – a former Leeds United and England manager – because “we need to win”, she said.

“And, my friends, we can win against Keir Starmer, who is a patronising, plastic patriot,” she added.

Flexing her credentials to replace Boris Johnson as Conservative Party leader Ms Truss also took aim at Vladimir Putin, saying Russia’s invasion of Ukraine was “beyond the pale.” Ms Truss, who grew up in Leeds, said she got “grit, determination and straight-talking” from Yorkshire, and that is what is needed in Downing Street as “we face a huge global economic crisis.”

She made further references to the area, saying she would keep corporation tax low to encourage investment in towns and cities across Yorkshire, as well as the country as a whole. The Foreign Secretary also said she would help local farmers “who produce great beef and lamb” and “fantastic Yorkshire rhubarb” by “removing red tape.”

Ms Truss, who was warmly applauded by the 1,000-strong audience, criticised the standard of local transport, and pledged to get Northern Powerhouse Rail built.

“I remember as a teenager getting the bus into Leeds city centre because there was no other alternative. I’m afraid, my friends, it’s not much better now,” she said.

“Leeds is still the largest city in Europe without its own metro network, and I would work to fix that.”

The Cabinet Secretary said she wanted to create more opportunities for older people to work longer “if they want to”. Ms Truss, whose daughter was in the audience, is the favourite to win the race to No.10 with a number of polls showing her as the clear leader.

Rishi Sunak said he was “having the time of my life” campaigning as he set out his vision to be the next Tory leader. The former Chancellor spoke first in the hustings which was broadcast by LBC and hosted by Sunday Express columnist Nick Ferrari.

He said: “We will cut VAT on fuel. But what I won’t do is embark on a spree borrowing tens and tens of billions of pounds of unfunded promises and put them on the country’s credit card, and pass them on to our children and our grandchildren to pick up the tab.

“That’s not right. That’s not responsible, and it’s certainly not Conservative. But of course, once we grip inflation and ensure that mortgage rates don’t rise and cripple people, I’m going to cut taxes.”

Mr Sunak also vowed to “get a grip” on tackling illegal migration to the UK.

Promising to strengthen the country’s borders, he said: “We need to grip that problem, solve it and restore trust back in the system.”

Mr Sunak also denied he was “flip-flopping” on his fiscal policy, as he pledged to temporarily slash VAT on energy bills despite repeatedly branding Ms Truss’s tax-cutting plans as “comforting fairy tales.”

He said he would remove VAT from domestic energy bills for a year if the price cap, currently just under £2,000 a year for the average home, exceeds £3,000 as is forecast by experts.

Mr Sunak suggested a “buyers’ cartel” where “everyone would agree to pay a fixed amount for Russian energy.”

Both candidates said their favourite Tory leader was Margaret Thatcher.

Last night’s hustings was the first of 12 for Tory members to quiz the final two candidates before voting closes on September 2.

The winner will be announced on September 5.