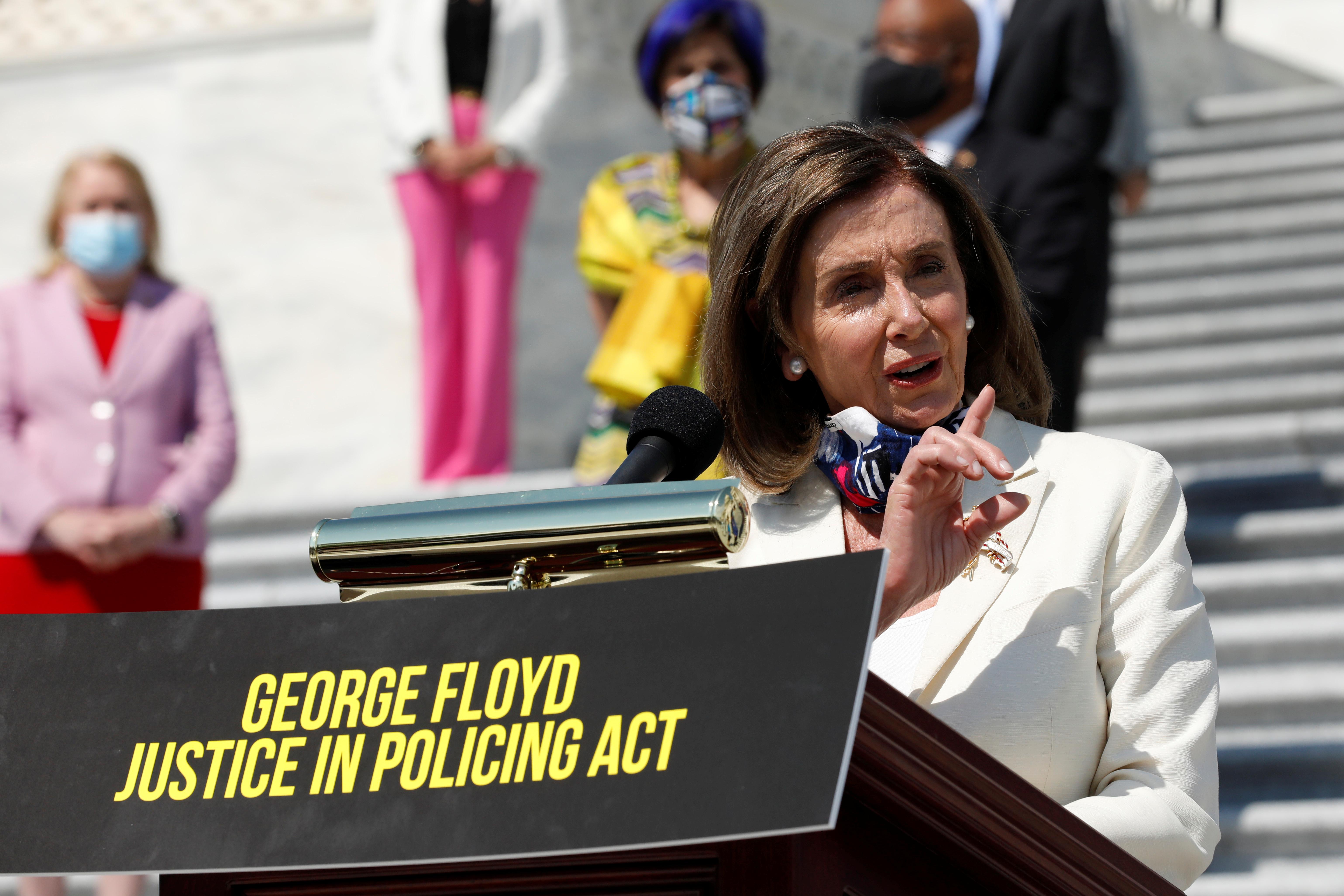 WASHINGTON (Reuters) – U.S. House Speaker Nancy Pelosi said on Thursday some of positions of Republicans and Democrats on police reform were irreconcilable, including Democrats’ ban on chokeholds.

“I don’t think the street will accept no action on this,” Pelosi said of police reform legislation in an interview with the Washington Post. She said Democrats will not accept chokeholds, for example. “Some things are just not reconcilable,” she said.

Related posts:
Hot News
Covid-19 coronavirus: UK’s ‘tsunami’ of grief as deaths pass 100,000
hair loss synthroid
The best pizza in Denver, from Neapolitan to New York-style, 2021 edition
Chinese journalist shoved to ground by police ‘to stop her filming in hospital’
Dad took pics of student through window and ‘told friend she was a sexy b****’
Recent Posts
This website uses cookies to improve your user experience and to provide you with advertisements that are relevant to your interests. By continuing to browse the site you are agreeing to our use of cookies.Ok