Priti Patel came under fire earlier this year after claims of bullying against her emerged following the resignation of top civil servant Sir Philip Rutnam. The Home Secretary clung to her job despite a report on the claims reporting the Tory frontbencher had been found to have broken the ministerial code while serving in three different departments. Former Culture Secretary Nicky Morgan defended Ms Patel as she alleged that members of the Civil Service had “shockingly” attempted to undermine the Home Secretary during a meeting between the two,

Speaking to Westminster Hour, Baroness Morgan said: “The Prime Minister has obviously got confidence in Priti and has retained her.

“And you know, at the end of the day, I mean, Priti obviously gave an apology on Friday. But what the report also said was that there were issues on both sides.

“And I have to say, you know, I myself, following a meeting I had with Priti we were discussing online harms legislation left the room, and I saw her officials actively undermine what she had just said, in the meeting room.”

She continued: “I was shocked. My officials at DCMS were shocked.

“So I’m afraid to say I think there was a culture problem and I hope very much that it can be sorted out so that actually, you know, Home Office is an important department.” 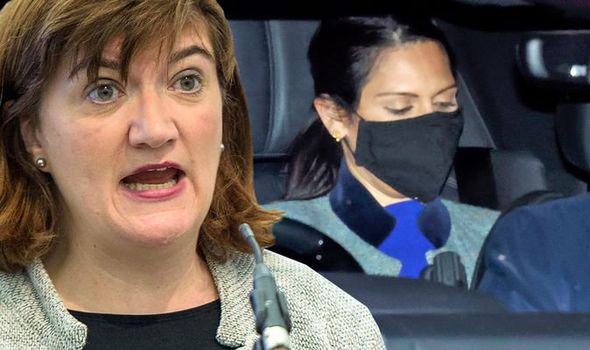 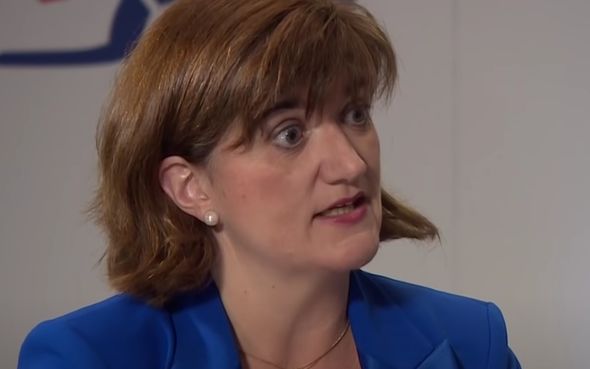 Baroness Morgan added: “And we need everybody to be focusing on you know, the job at hand that needs to be done.”

Following the publication of the report, Ms Patel apologised for the way she “expressed her frustration” towards members of the Civil Service.

The Home Secretary said: “I have given an unreserved apology about that and it’s important to recognise in terms of the code that the prime minister is the arbiter of that code and he makes the judgements accordingly.

“I’ve given an unreserved apology to anybody who has been upset by anything that has taken place.”