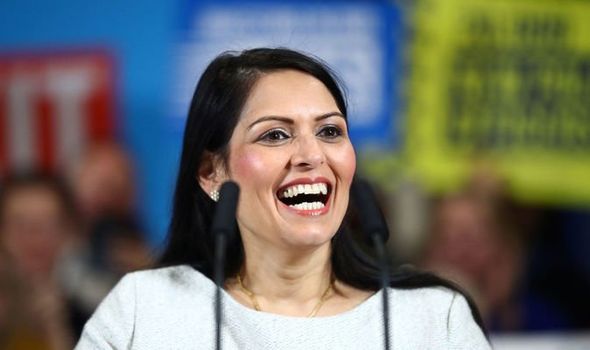 The Home Secretary hit the airwaves to defend the hardline border controls coming in next year but conceded her mother and father would not have passed the assessment. Ms Patel insisted the new system would be “fit for purpose for our economy” and said the government was not changing the way it deals with those fleeing to Britain for sanctuary.

The Cabinet minister’s parents moved to the UK from Uganda in the 1960s and set up a chain of newsagents.

Told she would not be here under the reforms, Ms Patel replied: “’Yeah, but also let’s not forget we are not changing our approach to refugees and asylum seekers, which is very different to a points-based system for employment and that particular route.”

“The policies are changing,” she told LBC. “This is the point, we are changing our immigration policy, one that is fit for purpose for our economy that is based on skills. This is not about refugees and asylum and people that have been persecuted around the world, we must differentiate between the two.”

Ms Patel said for the first time in more than 40 years the Government is able to set its own immigration policy and control the country’s borders.

She defended the new points-based system that will come into force in January 2020 after criticism from industry leaders who warned the changes could “spell absolute disaster” for the care system as well as farmers, builders and hospitality businesses.

The Home Secretary said they must stop relying on cheap migrant labour and should look to local workers and economically inactive Britons, including students, people who look after their family and the retired to fill the gaps. 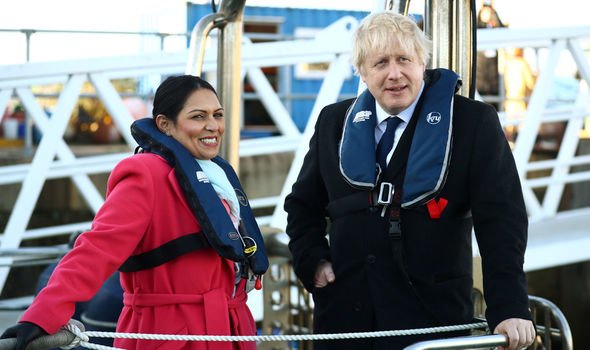 “It is about time businesses started to invest in people in this country,” she told Sky News.

“We have over eight million people – that is 20 percent of the workforce – aged between 16 and 64 that are economically inactive right now.

“It is down to businesses to work well with the Government and join us in investing in people, levelling up across the UK so we can have wage growth across the entire country.”

Workers will be able to come to the UK as long as they were sponsored by an employer and meet other criteria around earnings and skills levels.

“It is ridiculous to imply that we are just shutting down routes and that people can’t come into the UK,” she added.

The changes are designed to cut the number of low-skilled migrants entering Britain but aim to make it easier for higher-skilled workers to get UK visas.

The Confederation of British Industry warned that care, construction, hospitality and food and drink companies could be most affected by the changes.

And most of the public, some 83 percent, believe migrants should learn the language of the country they move to, according to a poll.

The YouGov survey of 3,180 adults found nearly half, 48 percent, said the level of immigration to Britain is too high while just six per cent said that it was too low.

Under the new points-based immigration system applicants will be awarded 10 points towards the 70 needed if they can speak English to a certain level.