Liz Truss: MPs arrive at No.10 as PM builds Cabinet

Ms Mordaunt, who narrowly failed to beat Ms Truss to the final two of the Tory leadership contest, has seen a remarkable turn around in her relationship with the new Prime Minister.

One of the shock developments in the final run-off in the leadership race was when Ms Mordaunt revealed that she was backing Ms Truss over Rishi Sunak.

The move came after Ms Truss and Ms Mordaunt had been involved in a vicious fight during the earlier rounds.

Allies of Ms Truss were accused of briefing against the then international trade minister claiming she was woke and pointing to her liberal views on the trans debate.

The two had been vying for the second spot to take on Mr Sunak in the run-off with members.

But Ms Mordaunt, who nearly beat Ms Truss to second place, came out in support of her rival in the second hustings in Exeter in a move first revealed by Express.co.uk.

She described the new Prime Minister as the “hope candidate.”

She said: “Liz has shown she will defend freedom at home and abroad, and is prepared to do what it takes to keep us safe.

“That is why, with her, I believe we can deliver for the public and we can win at the ballot box.”

The assumption at the time was that she had done a deal for a big Cabinet job.

However, it later emerged that she had been offered and turned down the Northern Ireland Secretary post.

Ms Truss had originally wanted Sir Iain to be Leader of the House, but the former Tory leader decided he wanted to return to the backbenches.

Speaking today to BBC Radio 4’s The World At One, Sir Iain said: “I have been offered and said I won’t be taking it up. I’m going back to the backbenches again.

“I am very happy to support her. Sometimes in life you have got to figure out whether you add value to a particular job that you are being asked to do.

“It is all about what I can do and I am very happy to be on the backbenches for the moment.”

It comes as Ms Truss tonight rewarded close allies Kwasi Kwarteng and Therese Coffey with top jobs as she unveiled her Cabinet, culling a number of prominent supporters of Mr Sunak.

Ms Truss made James Cleverly her successor as Foreign Secretary and Suella Braverman was named as Home Secretary.

Taking to Twitter earlier today, Ms Mordaunt said: “No nonsense, no faff. Here’s what we are going to do, we will work our socks off to deliver and our country can do it. Let’s get to work!” 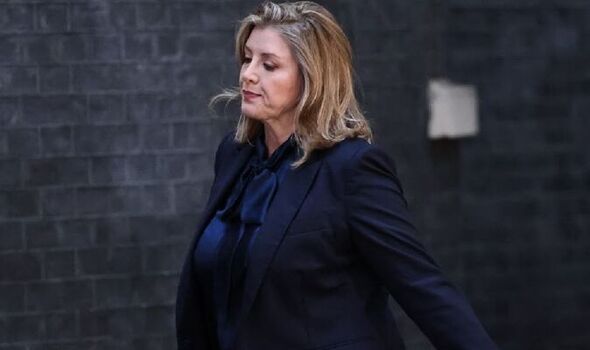