Gavin Williamson said ­secondary pupils should have two tests a week when classroom lessons resume. Fathers and mothers will be told to “support” their offspring in carrying out lateral-flow tests – nose and throat swabs – at home from March 8. Mr Williamson added that schools will be required to keep open some space for pupils unable to do them off-site.

He said: “I certainly hope that parents will be encouraging and supporting children but we are also asking schools to keep open an asymptomatic testing centre.

“So if children haven’t been able to get the support or help they need to do the test at home, it is possible to do the test in school as well.” Jenny Harries, deputy chief medical officer for England, said the virus checks are “very simple things to do”. She added that “many of the public” were doing them.

She said: “The testing programme in schools is clearly going to mean that people – parents, grandparents and teachers and other school children – can be very assured schools will be as safe as they can be because we are trying to remove infection from that environment.”

Mr Williamson also revealed that the Government is putting responsibility for summer’s exam results “firmly in the hands of teachers”.

Full details of his plans to replace sit-down exams are to be announced to MPs today. 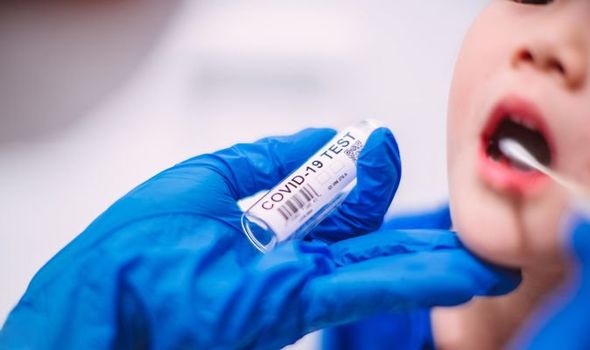 A-level and GCSE students are set to receive grades determined by their teachers earlier in August to give them more time to appeal.

The Education Secretary also ruled out any lengthening of the school day to help children catch up on lost learning.

Regarding the summer exams, he said there would be “no algorithms whatsoever” used in determining grades after computer-modelling was scrapped last year.

He said: “As I said many times before, we are
putting trust in teachers. That’s where the trust is going. There are going to be no algorithms whatsoever. But there will be a very clear and robust appeals mechanism.”

He added that extra funding will allow schools to run classes and activities during the summer holidays.

Mr Williamson said: “In terms of a £200million programme, we want schools to be putting on great activities.

“Whether it is education-led or even wellbeing-led. So we’d be hoping that schools can be offering that, draw down that funding in order to be offering that to children. 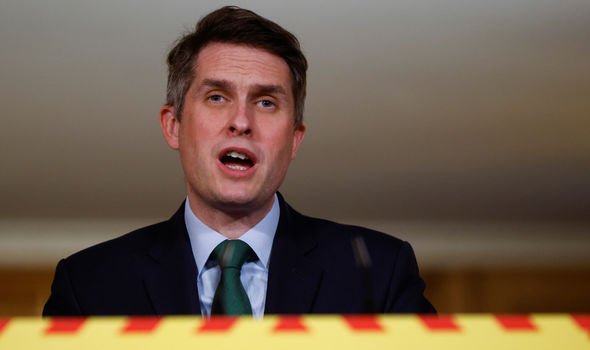 “We’d hope that schools are offering time in schools for children – and that’s why we’ve put the funding there.”

The schools boss gave a “massive thank you” to teachers, parents and children for their efforts while most youngsters have been at home. He added: “We can now plan for the return of all pupils to schools and colleges, as part of a roadmap for leaving lockdown. I want to say once again a massive thank you to our incredible teachers, leaders, support staff and childcare workers.

“You have been going above and beyond to keep schools and colleges open for vulnerable children and children of critical workers, and to keep the remainder of young people learning when they’re at home.

“I also want to thank parents, who have been supporting their children while they learn at home.

“And I want to thankchildren and young people themselves, for their patience and resilience.

“I know it hasn’t been easy. But you have adapted and done so much to make sure that you’ve been able to continue to learn.”

Mr Williamson acknowledged that many youngsters will need more support due to “learning gaps”.

He added: “Despite everyone’s best efforts, many children are going to need longer-term support if they’re to make the educational progress that they need.” Under the exam plan to be announced today, all pupils in England will be allowed to appeal their grades at no additional cost.

They will be also offered the opportunity to sit exams in the autumn if they are still unhappy with their results.

Mary Bousted, joint general secretary of the National Education Union, said the final decisions are better than the original proposals and are “likely the least worst
option available”.

She added: “However, there are still question marks over how it is expected that the extra work necessary to facilitate grading will be dealt with.”