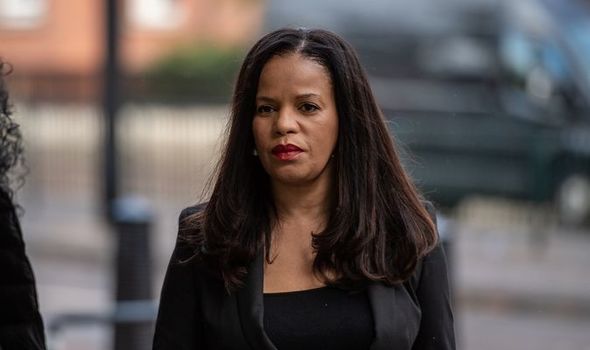 Claudia Webbe, MP for Leicester East, showed no emotion as she was handed a 10-week jail term, suspended for two years, and 200 hours’ community service for harassing Michelle Merritt, a friend of her boyfriend Lester Thomas. Webbe, 56, denied the allegation and said she felt like a “victim” herself due to the amount of abuse she has received on social media. She was convicted after threatening to leak naked images of Ms Merritt and making a string of phone calls in which she had warned her to “get out of my relationship”.

The court heard the pair had never met in person. Paul Goldspring, the chief magistrate, called Webbe’s conduct “callous and intimidatory” and said: “You were jealous of the relationship between Lester Thomas and Michelle Merritt and probably felt in some way threatened by it.”

Webbe “showed little remorse or contrition” and only avoided an immediate sentence thanks to her previous good character, he said.

After the hearing yesterday, Labour announced she was no longer merely suspended but expelled from the party.

Webbe will face a recall petition, which could trigger a by-election if at least 10 per cent of her constituents support it. But Webbe has said she will lodge an appeal, which will hold up the process.

Ms Merritt told Westminster Magistrates’ Court that the campaign of abuse, between 2018 and last year, led her to take taxis to and from work and even to consider moving home. Reading a statement, she said: “A sad, distressing darkness has cast a huge shadow over all areas of my life.

“[Webbe] has made me feel very vulnerable, in public, in my own home. No woman should be threatened or harassed the way she has to me over the years, least of all by a politician.”

The victim wept as she described how she told police: “I have been threatened by a public figure with acid over the phone.”

Webbe, of Islington, north London, denied harassment and claimed she only made “courtesy calls” to warn Ms Merritt not to breach coronavirus regulations by meeting Mr Thomas.