SUMTER, S.C. (Reuters) – U.S. Democratic presidential contenders on Friday blasted the Republican Trump administration’s handling of the coronavirus outbreak, amid mounting concern about the virus and on the eve of South Carolina’s fourth-in-the-nation nominating contest. 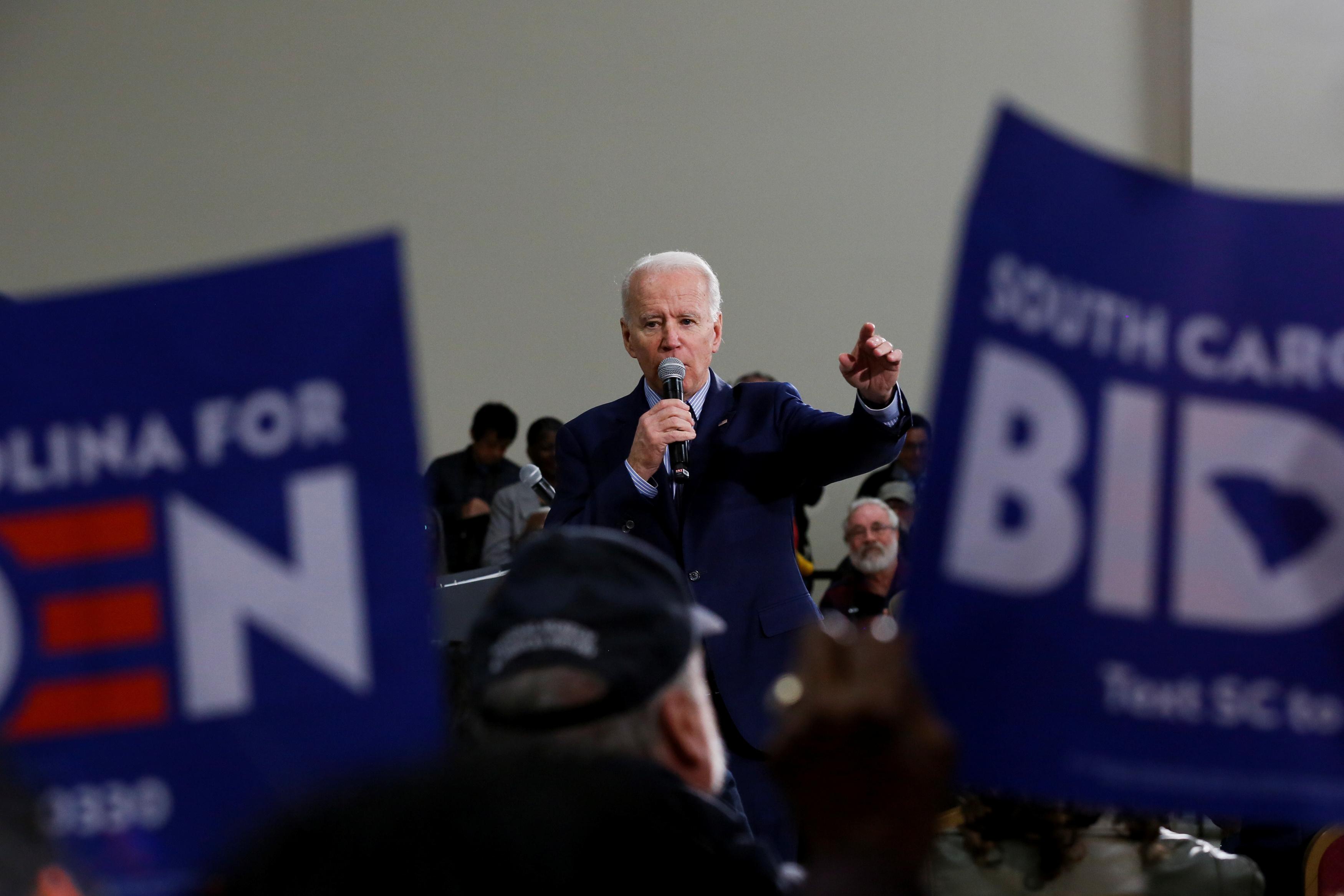 Former Vice President Joe Biden is banking on the Southern state to breathe new life into his struggling campaign on Saturday and make him the top moderate alternative to national front-runner Bernie Sanders, a self-described democratic socialist.

Here’s what is happening on Friday:

At a campaign event in Sumter, South Carolina, Biden accused President Donald Trump and Vice President Mike Pence, who is overseeing the government response to the outbreak, of misleading the American public about the threat the virus poses.

“Trump and Pence decided that the public health experts cannot inform the public on their own what’s going on,” Biden said. “Now the president won’t let other people tell the truth.”

Sanders slammed Trump for holding a rally in North Charleston, South Carolina, on Friday night rather than remaining in Washington to address the situation.

“Why is he here? He’s here to try and disrupt the Democratic primary,” Sanders said at an event in St. George, South Carolina. “How pathetic and how petty can you be?”

Former New York Mayor Mike Bloomberg focused on the coronavirus in campaign speeches on Thursday and Friday. He pointed to the sharp drop in stock market prices on Friday as a sign of concern about Trump’s competence.

“The stock market has plunged partly out of fear (about the virus) but also because investors have no confidence that this president is capable of managing the crisis,” Bloomberg told a rally in Memphis, Tennessee.

Bloomberg, a late entrant in the race for the White House, has not competed in Iowa, New Hampshire, Nevada or South Carolina, and is pinning his hopes on Super Tuesday nominating contests next week in Tennessee and 13 other states. On Thursday, he campaigned in Texas, Oklahoma and Arkansas.

Trump defended his handling of the threat on Twitter on Thursday evening, writing that the administration’s actions put “us way ahead in our battle with coronavirus.”

Earlier in the week, he called the risk from the virus “very low” in the United States.

At present, there are 62 confirmed cases of the virus in the United States, including people repatriated from the Diamond Princess cruise ship, U.S. officials said.

Biden’s campaign was celebrating a $1.2 million one-day online fundraising haul, the most contributed by small-dollar internet donors since his campaign launch last year, when similar contributions added up to more than $6 million.

Biden – the former No. 2 to Barack Obama, the first black U.S. president – planned to visit three South Carolina communities on Friday, two days after receiving an endorsement from U.S. Representative James Clyburn, an influential African-American lawmaker from the state.

A Monmouth University poll released on Thursday showed Biden with large support from black South Carolina voters, who make up about 60% of the state’s Democratic electorate. Biden is hoping to win South Carolina to reinvigorate his candidacy after poor showings in Iowa and New Hampshire and a distant second-place finish in Nevada.

Persist PAC, the pro-Warren super PAC that formed last week despite her longstanding vocal opposition to outside spending groups, announced it would spend $9 million to air television advertisements ahead of the Super Tuesday contests.

The ads will run in some of the most expensive media markets in California, Texas and Massachusetts. The new buy is in addition to more than $3 million the group previously spent in California and seven other Super Tuesday states.

Super PACS may raise and spend unlimited sums of money to support candidates as long as they do not coordinate directly with those candidates’ campaigns. The group has not disclosed its donors. 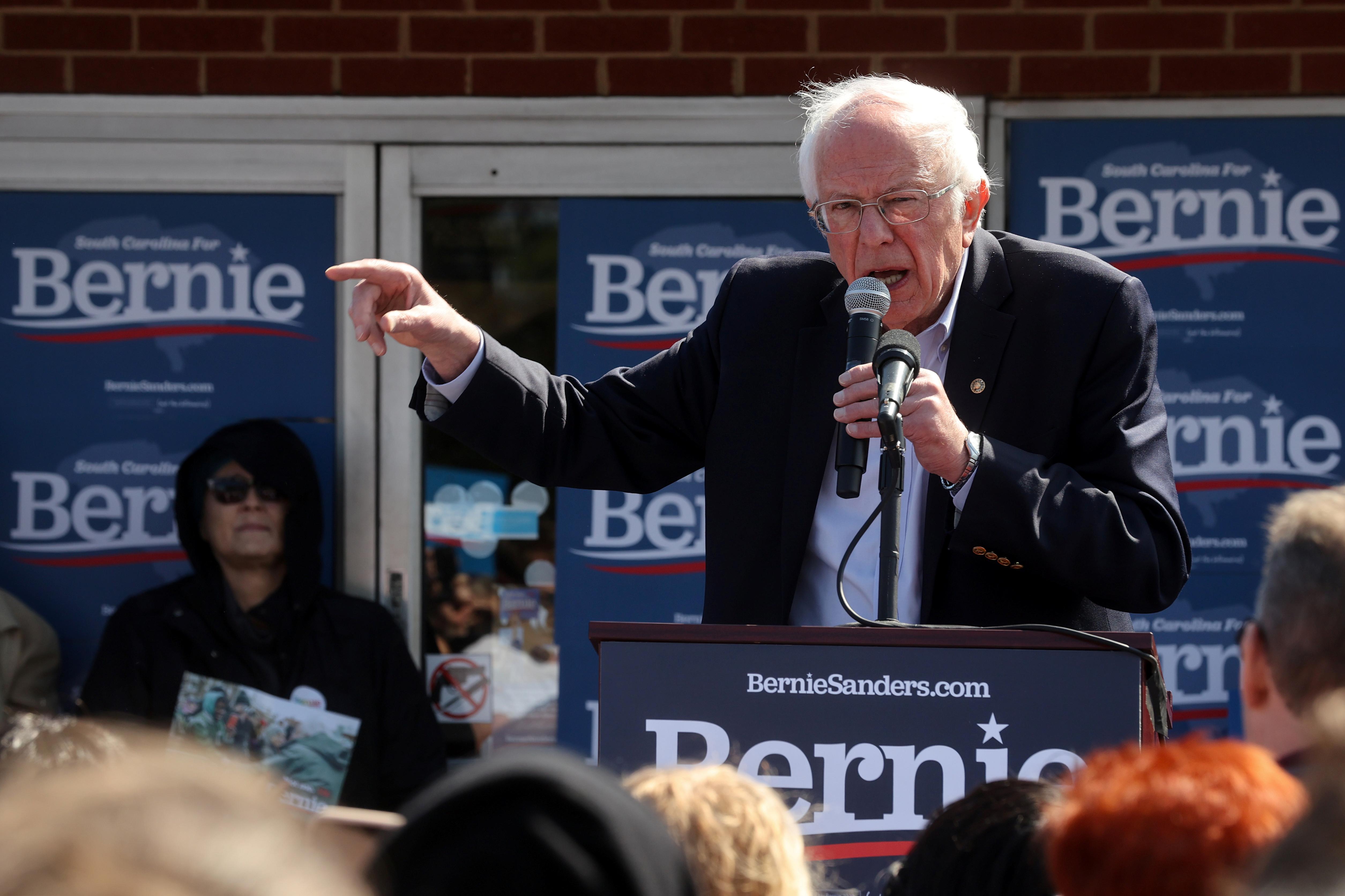 Warren, who has famously sworn off high-dollar fundraisers during her campaign, has centered her White House bid on ending the corrupting influence of money in politics and government.

She had previously said she would disavow any super PAC that supported her, but she declined to denounce the group last week, saying she would do so only if every other candidate joined her. All of the top Democratic contenders now have either a super PAC or another independent group backing their campaigns.

Warren will return to South Carolina on Friday for campaign events in Greenville and Aiken, after a brief Texas swing on Thursday.