Nicola Sturgeon ensures that Scotland 'must work from home'

A report, released by Our Scottish Future, claims Scotland’s test and trace system was picking up 9 percent fewer cases than English counterparts. The think tank, run by former PM Gordon Brown, claimed each tracing interview yielded an average of 4.1 contacts.

This is compared to England’s figure of 2.4 – but Our Scottish Future claimed the low detection rate meant the impact of Test and Protect on the R number is less than 5 percent.

George Galloway, leader of Alliance4Unity, commented on the report and claimed the Scottish Government is too focused on independence.

He urged the Scottish Government to change its priorities, telling Express.co.uk: “We have the world’s worst health ministry in a government still focussed on yet another referendum.

“It is the very definition of stupid.” 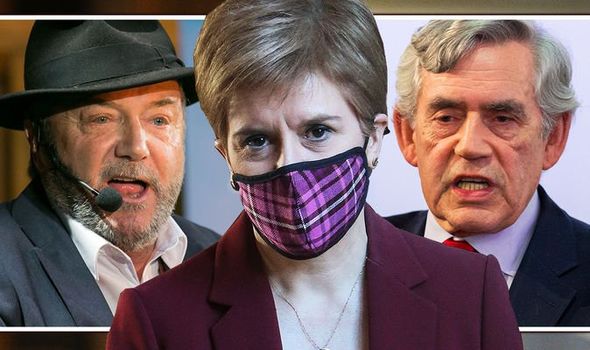 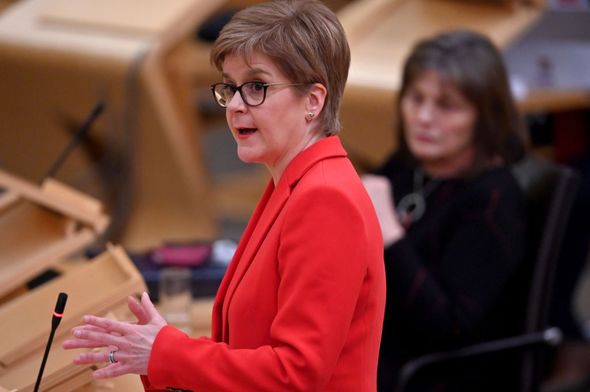 Leader Willie Rennie said the Scottish Government “must ramp up the testing and tracing capacity to meet the challenge of the new strain of COVID-19”.

Mr Brown’s think tank also compared daily rates for positive coronavirus tests, the functionality of which is shared between Edinburgh and Westminster, with the Office for National Statistics’ (ONS) estimates of the total number of people who had the virus.

The ONS estimated show over a six-week period ending January 2 the ONS, a daily average of around 43,379 people in Scotland had COVID-19, including asymptomatic cases.

Over the same time period, Scotland’s testing programmes picked up a rolling average of 13,650 cases.

Our Scottish Future says this means 32 percent of the total cases are being picked up – with the equivalent figure for England being 41 percent while Wales was at 70 percent and Northern Ireland at 81 percent. 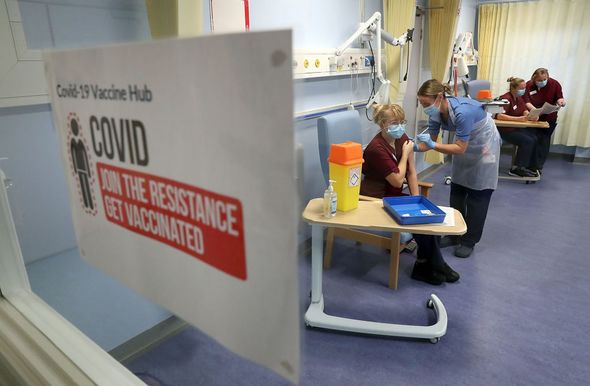 But despite Scotland’s contact-tracing system generating more contacts than those in the rest of the UK, Mr Brown’s think tank claimed the low detection rate and slow turnaround time for lab tests mean the whole system is having almost no effect on slowing down the virus.

The report also claimed there were “big issues” with the symptomatic testing service needed to be resolved, while excess capacity should be used for testing in schools.

The report said: “Scotland is currently only using around a third of its total testing capacity, with participation depressed by low levels of convenience and poor messaging across two separate testing systems (NHS Scotland and UK Government).”

The report recommended a change in messaging to focus more on testing, which should be made more convenient through increased testing locations and the provision of at-home lateral flow tests.

The paper concludes: “Comparing positive tests results to the infection rate estimated by the ONS surveillance survey implies that an average of 68 percent of cases since November have not been identified through testing – meaning that the vast majority of cases have not been contact-traced. 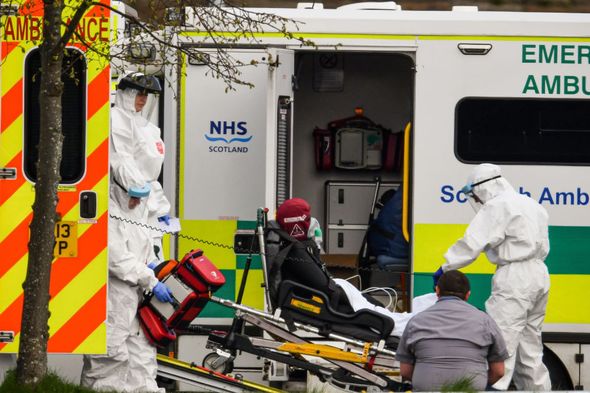 “Scotland is the worst performer in the UK on this metric.”

Mr Rennie added: “People have made huge sacrifices this year to save lives and buy time.

“Every minute counts when tracking down this virus.”

Professor Hugh Pennington, Emeritus Professor of Bacteriology at the University of Aberdeen, said: “It’s no wonder the virus is winning because, as this report shows, we are not seeking it out, and we are not finding it as often as we should do.

“Unless you go out to find the cases in the community, then we are working with both hands tied behind our back.

“We need a proper investigation of outbreaks and I despair that this is not being done at all well. 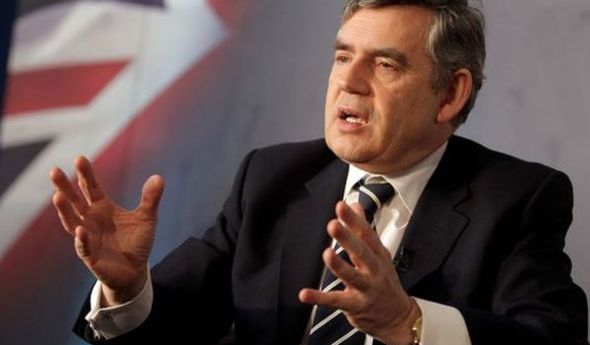 “Until we get testing and tracing right, then the virus will continue to spread.”

While the UK shares responsibility for testing with Scotland, it is Scotland which is tasked with tracing.

An Our Scottish Future spokesman explained this, telling Express.co.uk: “The responsibility for testing overall is shared two-thirds with the UK Government.

“But tracing alone is a Scottish government issue. The issue we identified is the tracing part of it.

“The blame is with both but arguably more with the SNP, which could be doing much more to advertise contact tracing in Scotland.

“Both Westminster and Holyrood are to blame but particularly the SNP government in this instance.”

In response, a Scottish Government spokesman said: “These comparisons are entirely inaccurate, and baselessly undermine confidence in our testing programme.

“We find – and therefore isolate – more contacts per case than the rest of the UK which means we isolate more potential cases without the need for testing.”

“That includes more than 30 test sites in local communities and around 20 mobile units. The UK Government’s test centres and our Glasgow Lighthouse Lab are operating efficiently.

“In addition, the UK Government has provided a million lateral flow devices to the Scottish Government.”

In response, a senior Scottish Government source added: “The comments by Mr Galloway are unhelpful, misleading and nonsense when the First Minister and her Cabinet are focused on tackling the coronavirus pandemic.”