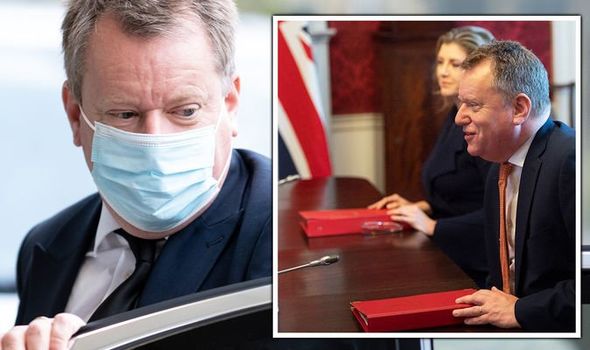 The United Kingdom could fire a warning shot to the European Union by triggering Article 16 of the controversial Northern Ireland Protocol and by bringing legislation before Parliament that would cut customs checks between Great Britain and Northern Ireland, the Telegraph has revealed.

The broadsheet claims a decision whether Brexit Britain will invoke Article 16 will be made by the end of November and also suggests this is expected to result in month-long formal negotiations between the bloc and UK.

But the UK’s reported move to consider cutting customs checks before Christmas is believed to also warn the EU that the UK is ready to take such measures even if negotiations between Lord Frost, 56, and his Czech-born counterpart Maros Sefcovic, 55, continue to only make “limited” progress.

“The state of play is we are not seeing much moving forward in negotiations,” a Whitehall source told the Telegraph.

“It is not sustainable.

They added: “There are real-world problems on the ground.”