Edwin Poots resigned on Thursday last week following an internal party revolt, leaving the DUP looking for a third leader in a matter of just a few weeks. The DUP is looking for someone to replace former First Minister Arlene Foster, who stepped down recently over issues surrounding the Northern Ireland Protocol. Sir Jeffrey’s name will now go forward to the party’s electoral college, which is expected to meet on Saturday.

Candidates for the position had to submit their names to the party chairman, Lord Morrow, backed by a proposer and a seconder.

Following the meeting of the electoral college, Sir Jeffrey will be ratified as party leader at a meeting of the DUP executive, which could take place as early as next week.

This would make him the party’s fifth leader in its 50-year-history, seeing as he’s guaranteed to win, being the only nomination.

In a statement issued after nominations closed, Sir Jeffrey said he had the “vision to unite Northern Ireland and heal the divisions of the past”. 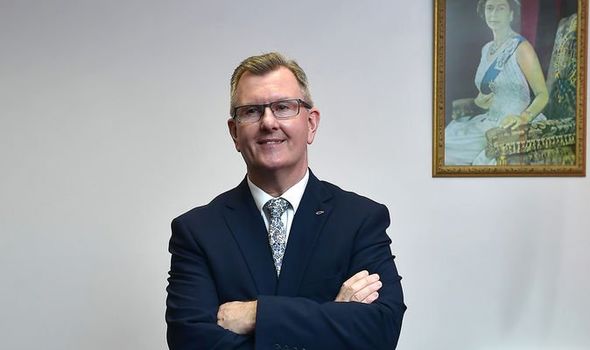 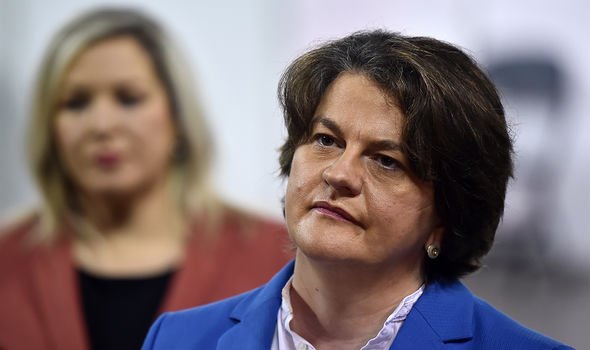 He continued: “The task ahead is great, I do not underestimate the challenge.

“But I know the overwhelming majority of people who live here want Northern Ireland to keep moving forward.”

Lord Morrow said the past few weeks had been “difficult for the party and mistakes have been made”.

He added: “Now is the time to move forward in a spirit of humility and mindful that our focus must be on serving the people whom we represent. 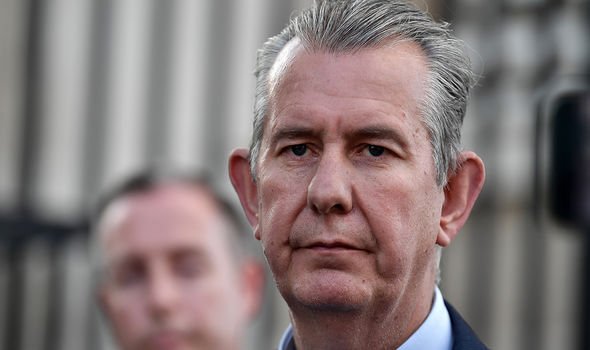 “I look forward to the challenges of building and reconnecting in the time ahead.”

The leadership vacancy arose when Mr Poots resigned just 21 days after taking over from Ms Foster.

Sir Jeffrey has already outlined his priorities and has said the number one issue is the dealing of post-Brexit trade arrangements for the Northern Ireland protocol.

Speaking on Monday, he said: “If elected, I will ensure that the Government doesn’t just listen but recognises the need to take decisive e action to deal quickly with the protocol.”

Who is Sir Jeffrey Donaldson?

Sir Jeffrey was born in Kilkeel, County Down, in Northern Ireland.

He became politically active as a constituency agent for the South Down MP Enoch Powell in the mid-1980s before working as a personal assistant to the former Ulster Unionist Party (UUP) leader James Molyneaux.

Sir Jeffrey was voted as Mr Molyneaux’s successor as an MP in 1997 following his retirement and retained the seat through six subsequent elections.

He is a member of the Orange Order and also served as a corporal in the Ulster Defence Regiment (UDR) during The Troubles.

In 2003, following long-standing opposition to the Good Friday Agreement and the leadership of David Trimble, Sir Jeffrey left the UUP.

He went on to join the DUP alongside Arlene Foster and Norah Beare.

Sir Jeffrey was appointed to the Privy Council, an advisory body to the Royal Family, in 2007 and stood down as an MLA for Lagan valley in 2010.

He was defeated by 19 voters to 17 in the DUP leadership election to succeed Arlene Foster in May.