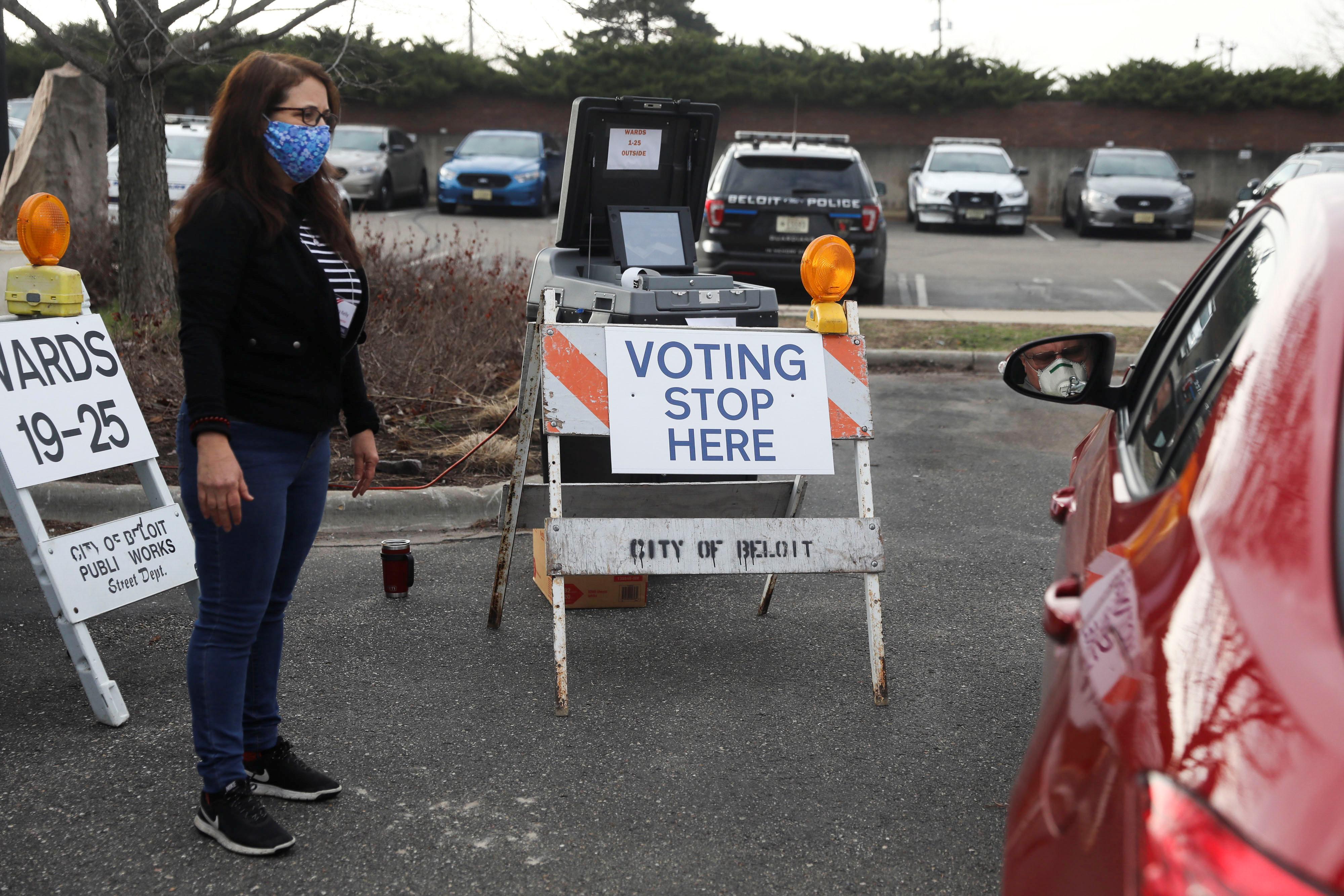 Outside Riverside High School in Milwaukee – where officials were forced to close 175 of 180 normal voting sites due to a lack of poll workers – masked voters stood several feet apart in a line that stretched for several blocks early on Tuesday, according to videos and photos posted on Twitter.

More than half of Wisconsin’s municipalities reported shortages of poll workers, prompting the state to call up 2,400 National Guard troops to assist.

The election took place even though Wisconsin, like most U.S. states, has imposed a stay-at-home order on its residents. More than a dozen other states have postponed their elections in the face of the COVID-19 pandemic, which has transformed Americans’ daily lives and plunged the economy into an apparent recession.

Some Wisconsin cities resorted to “drive-through” voting. In Beloit, a city of about 37,000 people along the Illinois border, poll workers brought ballots to drivers’ windows after verifying photo identification and residency, then returned the filled-out paperwork to a counting machine.

Phillip Thomas, 70, and his wife Kathy Thomas, 65, had filled out absentee ballots – but as new Wisconsin residents, they were unclear on how to handle the witness requirement. They were relieved to learn that Beloit was doing a drive-through system and brought their ballots to the polling site to make sure they were counted.

“We were afraid we were going to have to vote in person,” said Thomas, who blamed state Republicans for quashing a bid to postpone the election. “We felt it was important.”

A flurry of 11th-hour legal wrangling failed to stop the balloting, as two late court rulings on Monday put the election, which will include Democratic and Republican presidential primaries and voting for thousands of state and local offices, back on track after days of uncertainty.

In deciding separate lawsuits brought by Republicans, the state Supreme Court blocked Democratic Governor Tony Evers’ order to delay the election until June and the U.S. Supreme Court overturned a federal judge’s decision extending absentee voting, instead ruling ballots must be postmarked by Tuesday to be counted.

“Now voters will be forced to choose between their health and their right to vote, an untenable choice that responsible public officials tried to avoid,” said Satya Rhodes-Conway, the Democratic mayor of Madison, Wisconsin.

The legal maneuvering overshadowed the Democratic presidential primary in Wisconsin, the first nominating contest held since March 17 in the race to pick a challenger to Republican President Donald Trump for the Nov. 3 election. The outbreak has pushed front-runner Joe Biden and rival Bernie Sanders off the campaign trail.

Former Vice President Biden has built a nearly insurmountable lead over Senator Sanders in the delegates who will pick the nominee at the national convention this summer. The convention, scheduled to be held in Milwaukee, has been postponed to August from July by the pandemic.

After a late-night meeting on Monday, the Wisconsin Elections Commission said no results of Tuesday’s voting would be released until April 13, the deadline for absentee ballots postmarked by Tuesday to be received.

The commission said in a blog post on Tuesday morning that no county had reported any problems, including any polling places that were unable to open.

In the village of Somerset, where two National Guard members were stationed, clerk Felicia Germaine said turnout appeared to be significantly lower than usual. Voters gave each other space while waiting, thanks to strips of tape on the ground to encourage social distancing. 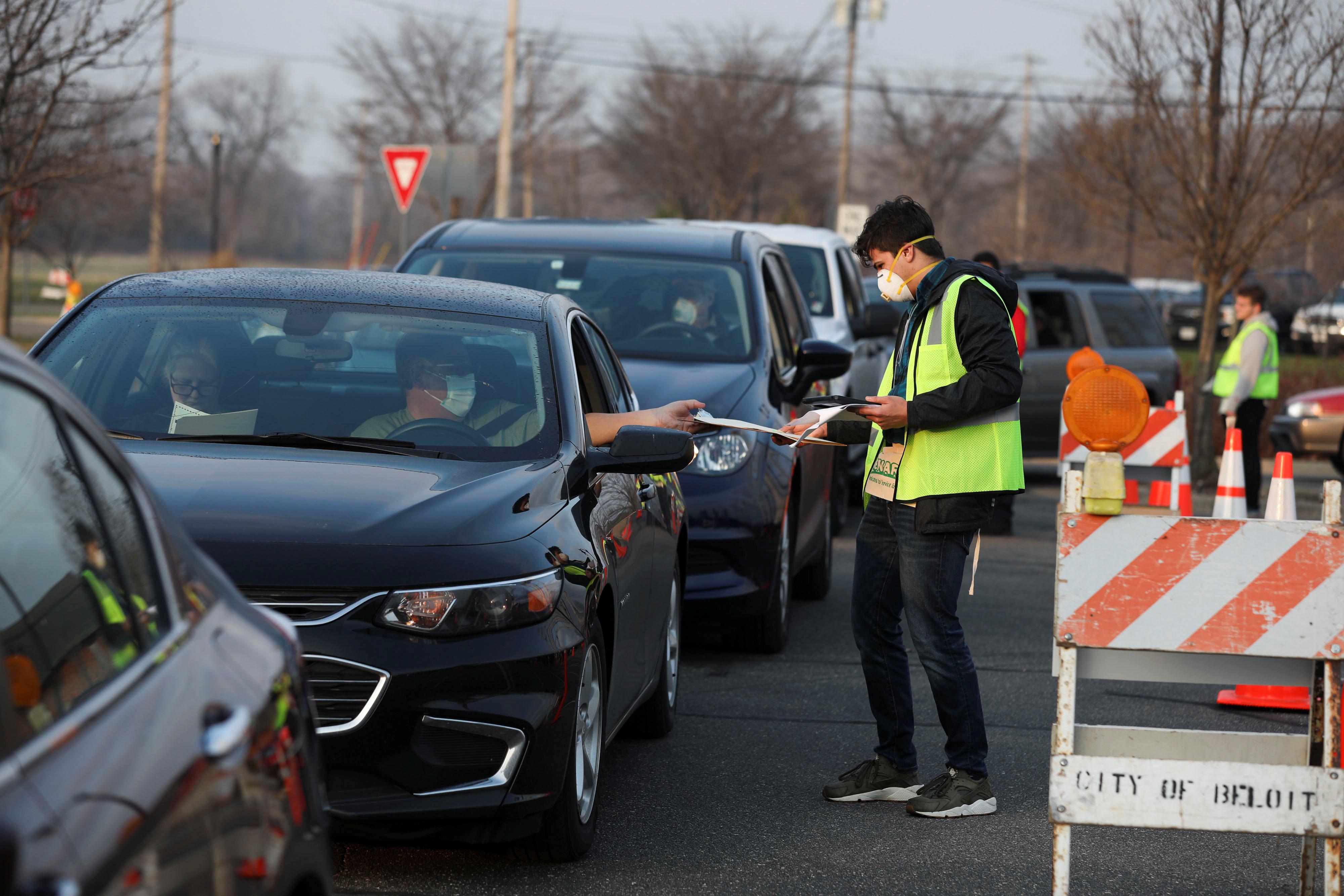 “It’s almost like a big game of adult hopscotch,” said Cherie Link, a candidate for state Senate who was volunteering as a poll worker.

“I’m sorry, I wish I had the authority to protect us from this,” she wrote on Twitter.