Nandy, the MP for Wigan, goes up against rivals Sir Keir Starmer and Rebecca Long-Bailey as party members start voting tomorrow before the new leader is unveiled on April 4. Whoever wins faces a huge task in rebuilding the party that suffered its worst electoral defeat since 1935 at the last general election. And, talking to the Sunday Express, she admits the party faces a huge fight for survival.

“We [the party] don’t have a God-given right to exist. We’ve got to show that we’ve understood this right now.

“The sense people have in Wigan and many similar towns across the country is that they haven’t left Labour, Labour has left them.

“It’s not even that we’re too radical – for a lot of people we’re just not relevant.

“And worse, not only did we not understand the reality of people’s lives but quite often we were disrespectful.”

This lack of respect struck at the very core of traditional Labour voters and saw the “red wall” crumble at last December’s election in previously safe seats.

“A lot of voters who have been with Labour for generations, and many Express readers, will have felt that this has been a long time coming and the fact that we didn’t see it coming shows how disconnected we’ve been.

“We get one more chance at setting this right and it starts right now. That’s why I’m standing in the leadership contest.” 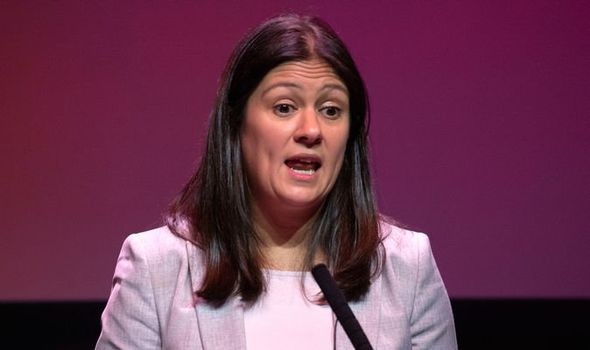 It’s not just Brexit and it’s not just current leader Jeremy Corbyn who turned off hundreds of thousands of Labour voters.

“A lot of my constituents over the last few years have felt strongly that this Labour Party has not been proud of the country and that we don’t stand up for our Armed Forces. They send their children off to fight in war and sometimes, twice since I’ve been an MP, they don’t come back.

“On Remembrance Day the very least I and any Labour politician can do is turn up, be smart, take part, pay our respects, and be proud of the contribution they make to this country and their sacrifice.”

Patriotism is one thing, but the monarchy is another for 40-year-old Nandy. In a TV debate last week she revealed she would scrap the institution.

“I was very clear that abolishing the monarchy would not be my priority as leader of the Labour Party and prime minister. I answer questions honestly.

“I represent a town where people are broadly very supportive of the monarchy and admire the Queen in particular for her work ethic and for the stability she brings to Britain. But I am a democrat and hereditary monarchy and an unelected House of Lords has never sat right with me.” 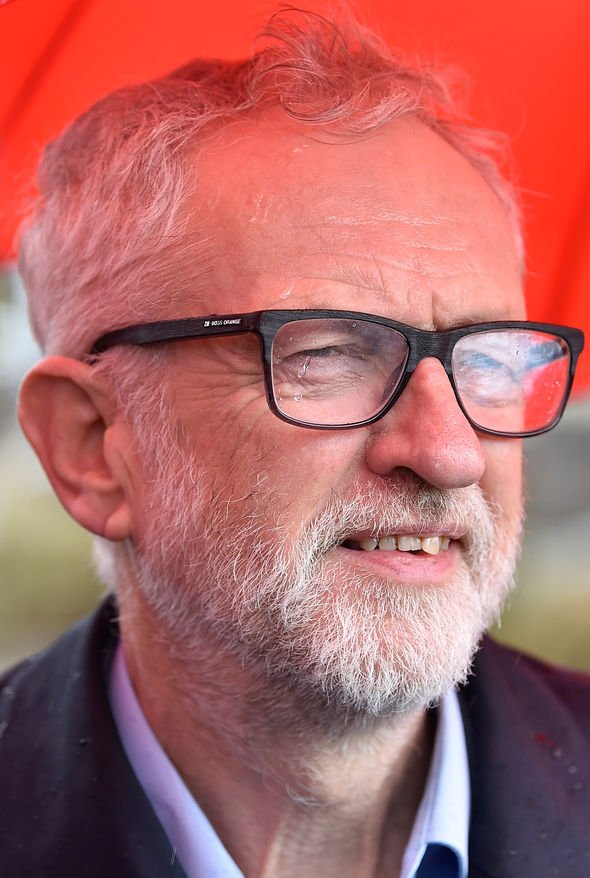 Boris Johnson’s sunny optimism is a powerful electoral tool. Could she bring that to Labour and cut back on some of the Corbyn moaning?

“There’s only been three times we’ve won power and it’s been when we’ve had that ambitious, optimistic story to tell about the future of Britain.”

Brought up in Manchester, then university in Newcastle, Nandy has been MP for Wigan since 2010. Her pride in British history extends to the coal mining background of her constituency.

“I get quite frustrated about people talking about the ‘dirty’ coal industry. It is profoundly offensive. The contribution we made has to be recognised and valued.”

She is backing the Wigan Heritage and Mining Monument campaign to get a statue in the town showing a miner and his family, due to be unveiled next month.

“We still need a bit of money for it, so if Express readers would like to chip in, we would be very grateful,” she smiles.

As a former shadow energy minister, she is keen on the possibility of new, clean energy to bring green jobs to Wigan and the rest of the North and Midlands, replacing jobs lost in carbon-based industries. But she is sensible enough to understand that going too far too fast could cause problems for many working people. 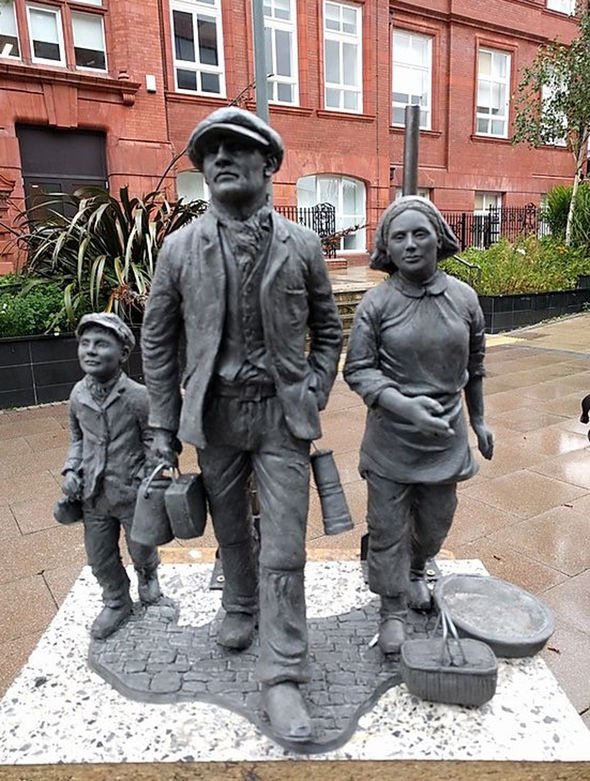 “The way in which [New Labour] loaded the cost of clean energy schemes on to people’s energy bills left the poorest paying six times as much as the richest and made it completely unsustainable. We’ve got to learn the lessons from that.” She is frustrated debate over transgender rights has dominated recent coverage of the leadership contest. “You lot keep asking about it, present company excepted.”

She argues that the liberal elite media is like the current Labour Party, hung up on issues that do not mean much to the rest of the country.

“You’ve got a very small group of people who are determining what gets reported and debated in this country. It’s a very different media to what most of my constituents read. They read the Express, Mirror and local newspapers. The disconnect with the rest of the media is really huge.”

That includes transport.“I’ve been talking about trains and buses for 10 years. Most of my constituents are travelling into Manchester every day on trains that are older than I am.”

She is keen to see our rail network taken back into public ownership but with decisions made on a local level.

It’s time for a female Labour leader too, but with Keir Starmer the current favourite, is Lisa playing the long game? Raising her profile this time, ready to pounce when Starmer loses against Boris in five years?

“No. I launched this election campaign by saying Labour must change or die. It’s that serious. We get one more chance at setting this right – and it starts now.”