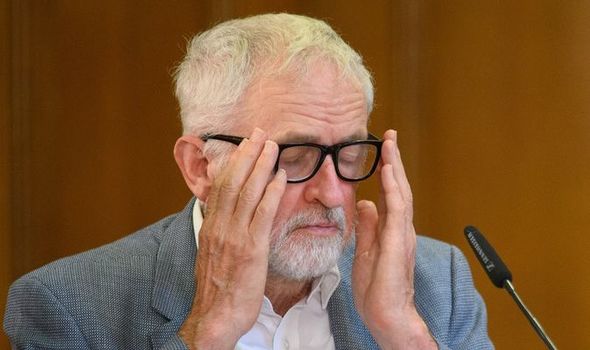 Immigration minister Tom Pursglove denounced Labour efforts to make changes to the Nationality and Borders Bill. Shadow Home Office minister Bambos Charalambous tabled an amendment which would lift the 5,000 limit on the Afghan Citizens Resettlement Scheme alongside a host of other proposed changes.

He also joined the SNP in trying to require the authorities to accept late evidence from asylum seekers, which Conservatives say would allow people to “game the system at the expense of the taxpayer by having different claims heard separately”.

Immigration minister Tom Pursglove said: “I am thankful that our Conservative MPs have stood up for common sense and rejected these nonsensical ideas, but there is no doubt more to come. It is clear that Labour still aren’t listening – they have no regard for the views of the British people who want a fair, but firm, system.

“Instead, they are determined to throw open Britain’s borders if given the chance, illustrated by their refusal to even defend the sensible parts of their past record in Government, such as the principle that people should seek asylum in the first safe country they reach, rather than making dangerous crossings to the UK.

“We are clear – nobody should be getting in a small boat to come to Britain from France. Only our New Plan for Immigration will deliver the fair but firm system the British people want.”

Mr Charalambous said: “This is a shameful attempt to play politics by a minister who doesn’t understand his own Bill.

“Labour is pushing for amendments that will lift the arbitrary 5,000 cap on the number of Afghan refugees we can help this year – who have already been let down by the Government. While looking to speed up asylum processing, as the number getting a decision within six months fell from 87 percent in 2014 to 20 percent in 2019.

“Labour amendments are also seeking to keep vital protections for victims of modern slavery – including British born children exploited by County Lines gangs – that the Government are going to abandon, letting the people that profit from that vile trade escape punishment.”