WASHINGTON (Reuters) – U.S. Senator Kamala Harris will make history when she accepts the Democratic nomination for vice president on Wednesday, saying the country is at an inflection point and “we can do better” than four more years of President Donald Trump.

The first Black woman and Asian-American on a major U.S. presidential ticket, Harris can be expected to unleash her prosecutorial skills at the Democratic National Convention as Joe Biden’s running mate in the Nov. 3 election.

Former U.S. President Barack Obama also told the convention Trump’s failures as his successor had led to 170,000 people dead from the coronavirus, millions of lost jobs and America’s reputation badly diminished in the world.

On the third night of a four-night convention that has featured a crush of women headliners, moderators and speakers, Harris will press the case against Trump, speaking directly to millions of women, young Americans and voters of color, constituencies Democrats need if Biden is to defeat the Republican Trump.

“We’re at an inflection point. The constant chaos leaves us adrift. The incompetence makes us feel afraid. The callousness makes us feel alone. It’s a lot. And here’s the thing: We can do better and deserve so much more,” Harris said in excerpts of her prepared speech.

Biden leads Trump in opinion polls, bolstered by a big lead among women voters. Throughout the convention, Democrats have appealed directly to those women voters, highlighting Biden’s co-sponsorship of the landmark Violence Against Woman Act of 1994 and his proposals to bolster childcare and protect family healthcare provisions.

Obama, whose vice president was Biden from 2009-2017, said he had hoped that Trump would take the job seriously, come to feel the weight of the office, and discover a reverence for American democracy.

“Donald Trump hasn’t grown into the job because he can’t. And the consequences of that failure are severe,” Obama said in unusually blunt criticism from an ex-president.

“Millions of jobs gone. Our worst impulses unleashed, our proud reputation around the world badly diminished, and our democratic institutions threatened like never before,” Obama said.

Former first lady and U.S. Secretary of State Hillary Clinton, the 2016 Democratic presidential nominee who lost to Trump, told the convention she constantly hears from voters who regret backing Trump or not voting at all.

“This can’t be another woulda coulda shoulda election.” Clinton said. “No matter what, vote. Vote like our lives and livelihoods are on the line, because they are.”

“Joe and Kamala can win by 3 million votes and still lose,” Clinton said. “Take it from me. So we need numbers overwhelming so Trump can’t sneak or steal his way to victory.”

Democrats have been alarmed by Trump’s frequent criticism of mail-in voting, and by cost-cutting changes at the U.S. Postal Service instituted by Postmaster General Louis DeJoy, a Trump supporter, that could delay mail during the election crunch. DeJoy said recently he would delay those changes until after the election. 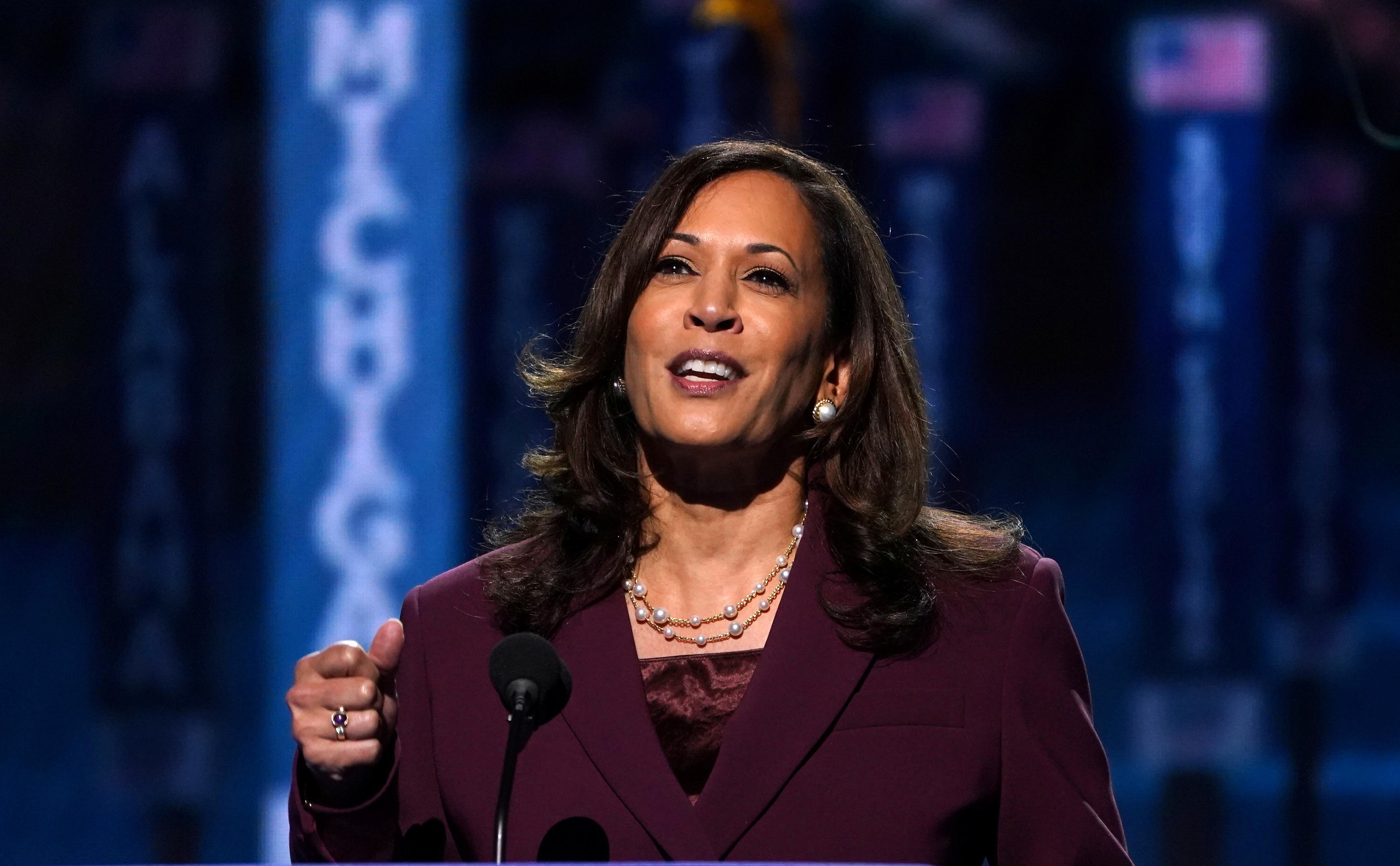 Democrats also broadcast videos highlighting Trump’s crackdown on immigration, opposition to gun restrictions and his decision to pull out of the Paris climate accord.

Nancy Pelosi, the first woman Speaker of the U.S. House of Representatives, told the convention she had seen firsthand Trump’s “disrespect for facts, for working families, and for women in particular – disrespect written into his policies toward our health and our rights, not just his conduct. But we know what he doesn’t: that when women succeed, America succeeds.”

U.S. Senator Elizabeth Warren, a leading progressive who ran against Biden in the 2020 primary, spoke to the convention from a childcare center in Massachusetts and cited Biden’s proposal to make childcare more affordable as a vital part of his agenda to help working Americans.

“It’s time to recognize that childcare is part of the basic infrastructure of this nation — it’s infrastructure for families,” she said. “Joe and Kamala will make high-quality childcare affordable for every family, make preschool universal, and raise the wages for every childcare worker.”

In her speech later, Harris will have an opportunity to outline her background as a child of immigrants from India and Jamaica who as a district attorney, state attorney general, U.S. senator from California and now vice-presidential candidate shattered gender and racial barriers.

She gained prominence in the Senate for her exacting interrogations of Trump nominees, Supreme Court Justice Brett Kavanaugh and Attorney General Bill Barr.

Biden, 77, named Harris, 55, as his running mate last week to face incumbents Trump, 74, and Vice President Mike Pence, 61. She will deliver her speech from an austere hotel ballroom in Biden’s hometown of Wilmington, Delaware. 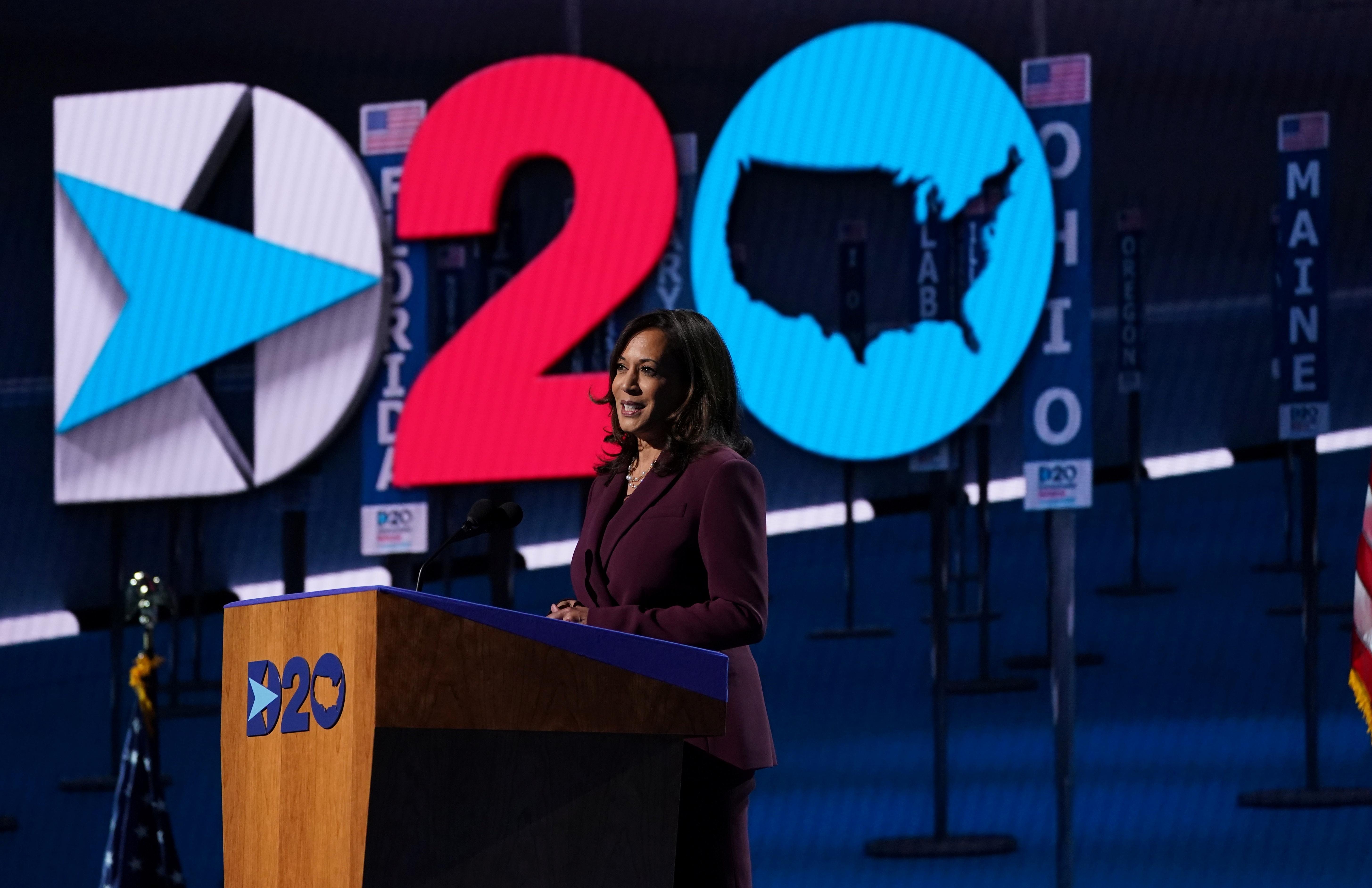 Obama will speak to the convention live from the Museum of the American Revolution in Philadelphia. He will speak about how he worked closely with Biden, his vice president, to lead the country out of the last recession, according to the excerpts.