The England football team took on Austria at the Riverside Stadium on Wednesday evening in the their penultimate warm-up game before they begin their European Championships campaign this month. All 22 players on the pitch took the knee when the referee blew the whistle before kick-off, which has become customary at football stadiums throughout the country. But the gesture was met with some boos before the rest of the fans in attendance applauded loudly to show their support.

The Labour Party’s Mr McDonnell, who served as Shadow Brexit Secretary under the leadership of Jeremy Corbyn, took to Twitter to describe the booing as “racism” and demanded it be “called out”.

He tweeted: “The booing at England game was sickening. Parts of media should stop making excuses for it. It was racism & should be called out.

“If supporting BLM is part of the culture war, then bring it on because you have to stand up against this new wave of racism.”

In a separate tweet sent just minutes later, he added: “In 80s there were those who argued in Labour Party that we should keep our heads down on issues like racism, sexism & LGBT rights for fear of being called loony left & alienating some Labour support. 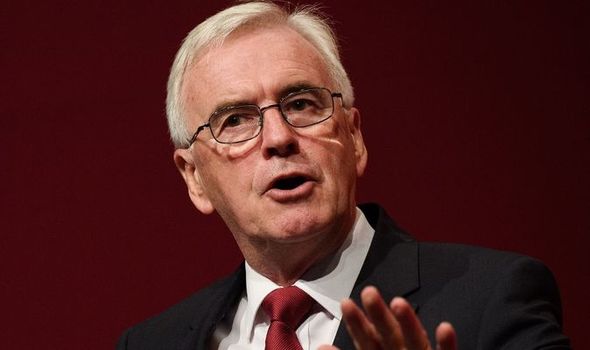 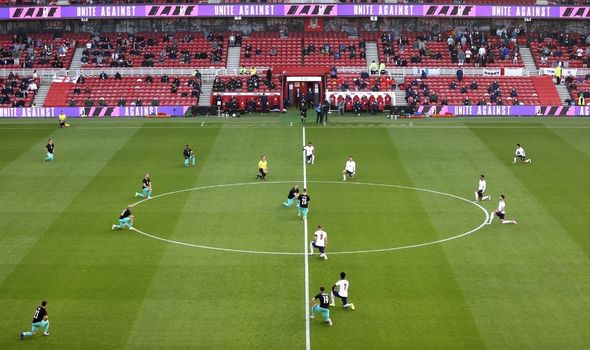 “Now it’s for fear of being called woke in a culture war. Time to make a stand.”

The comments from Mr McDonnell triggered a furious response from several people on the social media platform.

One wrote: “England fans booed players for taking the knee in opposition to racism/in support BLM. 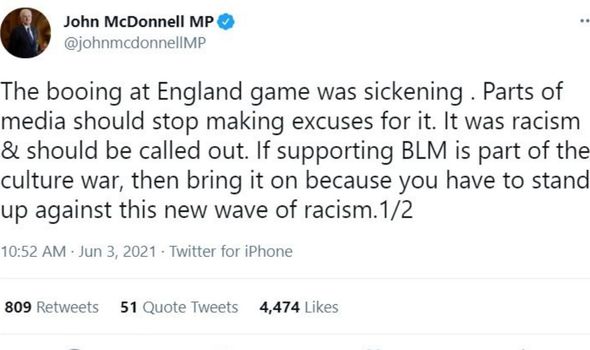 A second Twitter user commented: “It doesn’t matter what anyone but the players think of the stand they chose to make together.

“That is THEIR choice and it should be respected by everyone else, in their workplace. It makes me proud.

“Booing THEIR stand is disrespectful and undercover of a crowd is cowardly.”

But several other people turned on Mr McDonnell over his claims that the booing of the footballers taking the knee was racist. 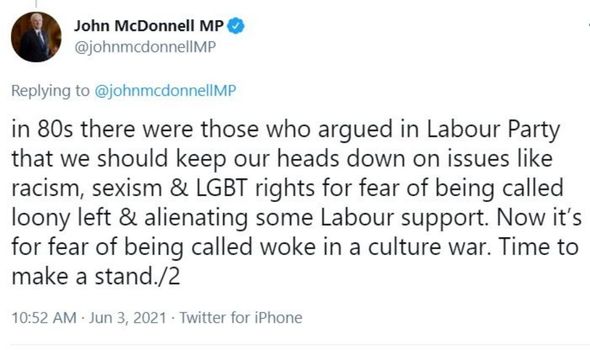 One replied: “Have you asked anyone why they boo taking the knee?

“I thought the same as you, but then I asked and I understood it a bit more.

“I didn’t agree with the response, but I didn’t feel it was as simple as racism, at least to me.”

Another wrote: “Sorry John I disagree.

“The co-opting of the BLM movement by football organisations is a tool for creating further divisions within an already fractured society. 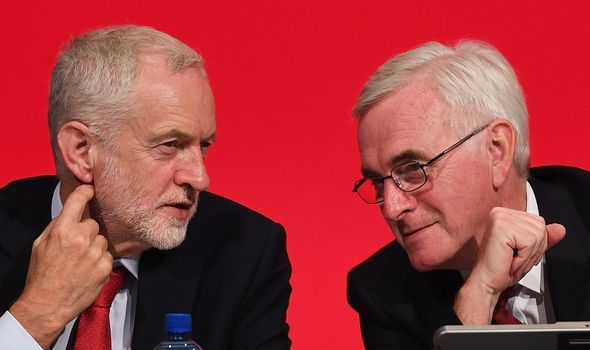 “People see through it and have legitimate grievances at the double standards of championing one injustice over others.”

Following the game on Wednesday evening, England manager Gareth Southgate condemned the fans who had booed the players taking the knee before kick-off.

He said: “It’s not something on behalf of our black players I wanted to hear because it feels as though it’s a criticism of them.

“I think we have got a situation where some people seem to think it’s a political stand that they don’t agree with.

“That’s not the reason the players are doing it. We’re supporting each other. I was pleased that was drowned out by the majority of the crowd.”

He added: “We can’t deny the fact that it happened. I think the most important thing for our players to know is all their teammates and all the staff are very supportive.

“I think the majority of people understand it. I think some people aren’t quite understanding the message.

“I suppose we’re seeing that across a number of football grounds at the moment.”