A bill that would introduce a ‘points based’ immigration system to the UK has passed its first reading in the House of Commons. The bill has proved controversial among MPs and across party lines, with some well known Labour members defecting from Kier Starmer’s whip and supporting the bill, introduced by the Home Secretary Priti Patel.

With a Tory majority of 80, the Immigration Bill passed easily by 351 votes to 252, a majority of 99, and will now go on to further parliamentary scrutiny.

No one can forget how taking control of immigration was one of the key themes of the Leave campaign in the 2016 referendum.

The newly published Government policy paper reads: “We are ending free movement and will introduce an Immigration Bill to bring in a firm and fair points-based system that will attract the high-skilled workers we need to contribute to our economy, our communities and our public services. 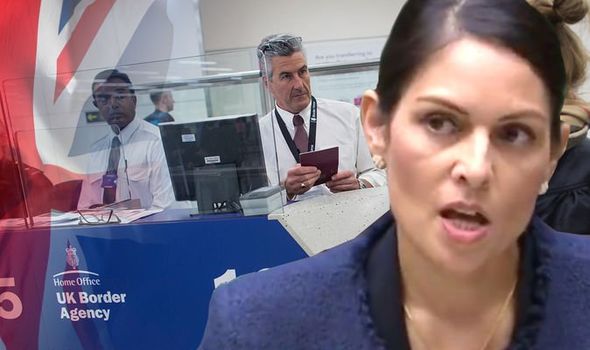 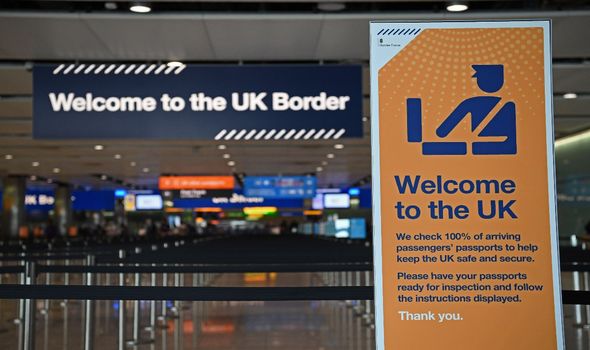 It continues: “We need to shift the focus of our economy away from a reliance on cheap labour from Europe and instead concentrate on investment in technology and automation. Employers will need to adjust.

“We recognise that these proposals represent significant change for employers in the UK and we will deliver a comprehensive programme of communication and engagement in the coming months.

“We will keep labour market data under careful scrutiny to monitor any pressures in key sectors.”

If it eventually becomes law the bill will repeal EU freedom of movement in line with promises made by Boris Johnson during the 2016 referendum. 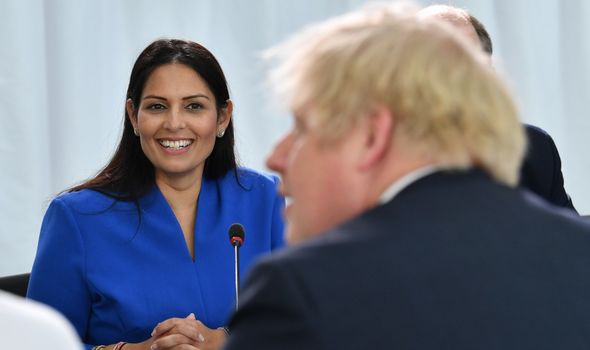 It will also introduce a new framework, which has yet to be detailed exactly, setting out who can and can’t come to Britain in the future.

Despite Labour defections, some senior Tories have expressed concern that rushing through changes before December 31, the Brexit deadline, could cause chaos, amid claims that COVID-19 has changed public attitudes towards those considered ‘unskilled’.

Priti Patel caused an outcry when she decided there would be no immigration route for foreign ‘unskilled workers’ – despite the fact that she decided care workers, paramedics, and farmworkers were all in this group.

She even admitted, in a later chat with LBC Radio, that her own parents – who migrated to the UK in the 1960s – would not have been able to move here under her new rules.

DON’T MISS
Sturgeon rejects claim she is ’embracing’ ability to ignore England
We must not forget Brexit clock is ticking, says STEPHEN POLLARD
‘Get a grip’ Gordon Brown hits out at Boris – demands he address issue

What is the points based immigration?

Australia is not the only country that uses the system, as New Zealand and Canada also use it.

Points are awarded for salary, ability to speak English, and qualifications. 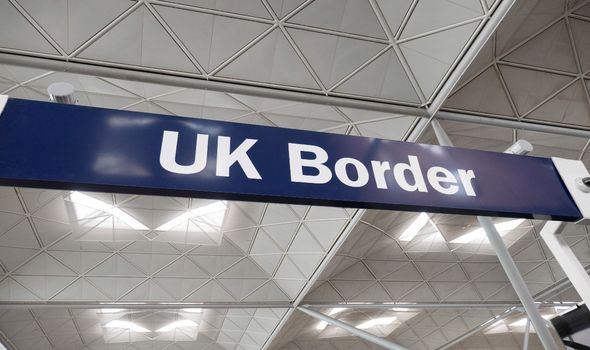 Under the new rules, you would need 70 points to be allowed to live and work in the UK.

In a policy statement published on February 19, the Government says that to get a visa, applicants from anywhere in the world must, as a basic requirement:

For example, if you are aged between 25 and 33 years, you get 30 points on your Australian visa application.

The UK also does not have the same sort of decentralised system as Australia, in which different states may try to attract migrants with particular skills.

Scotland has been keen to introduce this sort of devolution and SNP leader Nicola Sturgeon unveiled proposals for a Scottish visa to address skills gaps and “long-term demographic change” in January, which were swiftly rejected in Westminster.