(Reuters) – Seemingly every four years, political pundits speculate about a “brokered” U.S. presidential convention – only to see a nominee selected with little or no drama. But that may not be the case in 2020. 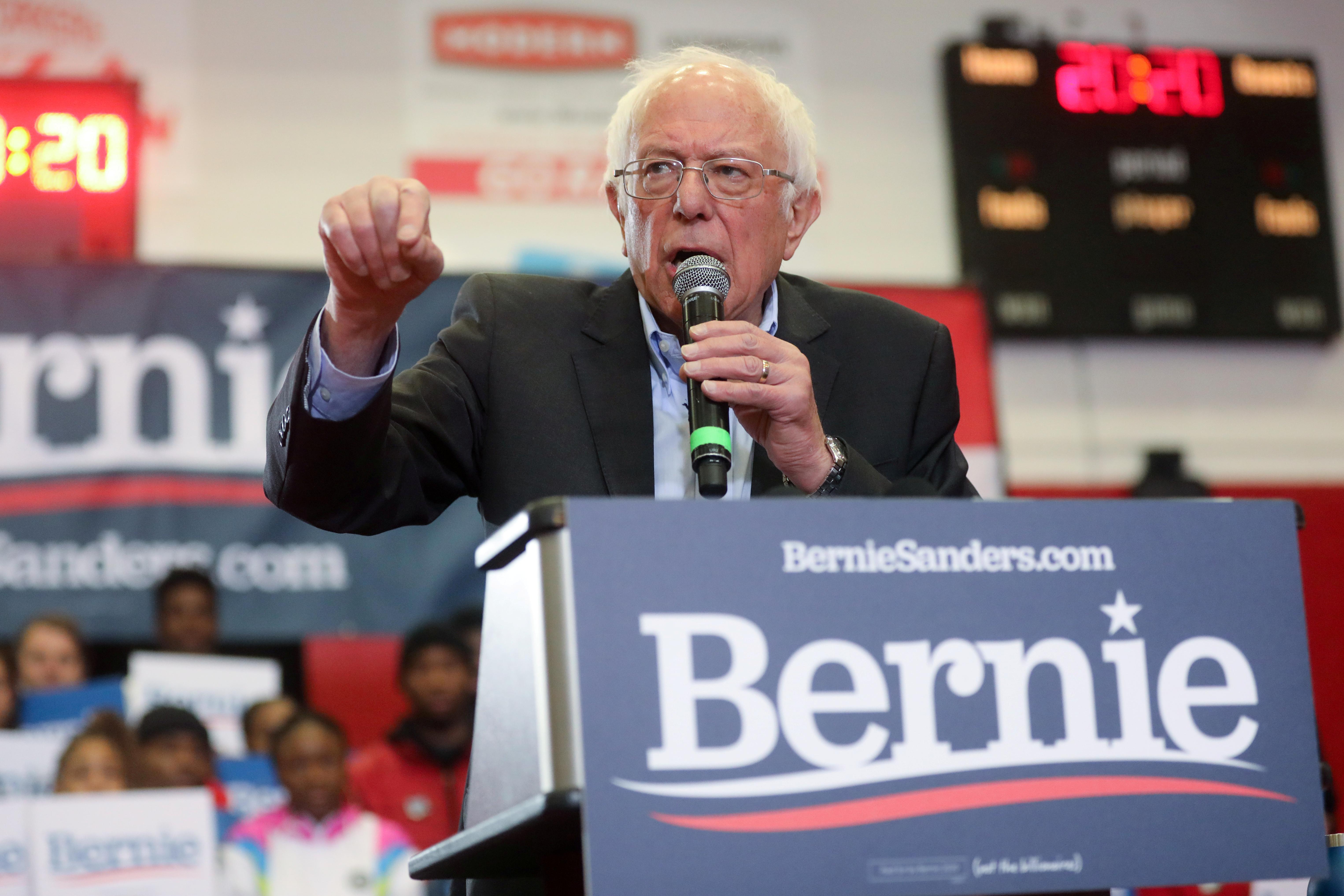 With the field of Democratic contenders deeply fragmented ahead of the all-important Super Tuesday contests in 14 states on March 3, chances are growing that no contender will amass the majority of delegates needed to clinch the nomination outright.

PredictIt, one of the most active markets taking bets on U.S. politics, on Thursday implied a better-than-even chance that neither Senator Bernie Sanders of Vermont, the national-front-runner, nor his rivals will secure the minimum 1,991 delegates needed to win the nomination on the first ballot at this July’s convention in Milwaukee.

Failure to secure a first-ballot win could result in a “brokered convention,” in which candidates and party leaders engage in horse trading to try to gain a majority of delegates on subsequent ballots.

No Republican or Democratic convention has gone beyond a single ballot since 1952.

But the rise of Sanders, a self-described democratic socialist, has prompted Democratic Party leaders to consider whether his nomination would do more damage than a chaotic battle at July’s convention in Milwaukee.

Here’s how the nominating process works – and why it could evolve into a messy contest.

What’s the “simple” way of capturing the nomination?

The easiest way to secure the nomination at the convention is to earn a majority of votes on the first ballot from the thousands of “pledged delegates” who will be awarded through the primary process.

Unlike Republicans, who award delegates in some states on a winner-take-all basis, all Democratic delegates are allocated proportionately. Generally speaking, the higher a candidate’s support, the more delegates collected, as long as he or she gets at least 15 percent of the vote.

The proportional system makes it more difficult for any one candidate in a crowded field to capture an outright majority of delegates.

Because Warren and Biden failed to hit 15% statewide or in either of the state’s two congressional districts, they earned no delegates.

The top three divided up the 24 available pledged delegates, with Sanders and Buttigieg getting nine each – 37.5% percent, significantly higher than their popular vote percentage – and Klobuchar receiving six.

What happens if no candidate has a majority?

The convention’s first ballot will include only the nearly 4,000 pledged delegates.

If no candidate gets a majority, the convention would hold a second ballot, which would expand to include nearly 800 so-called “superdelegates” – Democratic U.S. representatives and senators, Democratic governors, Democratic National Committee (DNC) members and important party figures such as former presidents.

In 2016, when superdelegates overwhelmingly endorsed eventual nominee Hillary Clinton, Sanders supporters argued the system was unfair since those superdelegates were allowed to vote on the first ballot.

As a result, the DNC instituted new rules for this year, backed by Sanders, that prevent superdelegates from participating in the initial vote.

After each ballot, delegates are free to switch to other candidates, raising the likelihood that different contenders would seek to horse-trade their way to a majority. The party would hold as many ballots as needed to reach a majority of the nearly 4,800 pledged delegates and superdelegates.

Notably, the delegates can nominate anyone, even individuals who did not campaign for president – such as former first lady Michelle Obama, just to pick one extremely unlikely scenario.

Some Democrats have warned a brokered convention could tear the party apart, particularly if by July Sanders has the largest number of delegates but does not get the nomination.

Is a brokered convention inevitable if no one secures a majority?

Not necessarily. Pledged delegates are technically free to vote for any candidate on the first ballot, and candidates who either drop out or have little hope might encourage their supporters to back another contender.

If, for instance, both Sanders and Biden had around 40% of the delegates, lower-tier candidates might decide to ask their delegates to vote for one or the other weeks before the convention.

How is this all playing out on the campaign trail?

Sanders has said the candidate with the most delegates should get the nomination, since that best reflects the will of the people.

But as rival Senator Elizabeth Warren pointed out during a CNN town hall on Wednesday, Sanders himself said the opposite in 2016, when Clinton held a majority of pledged delegates. At the time, he argued superdelegate support could still clinch the party’s nod for him at the convention. 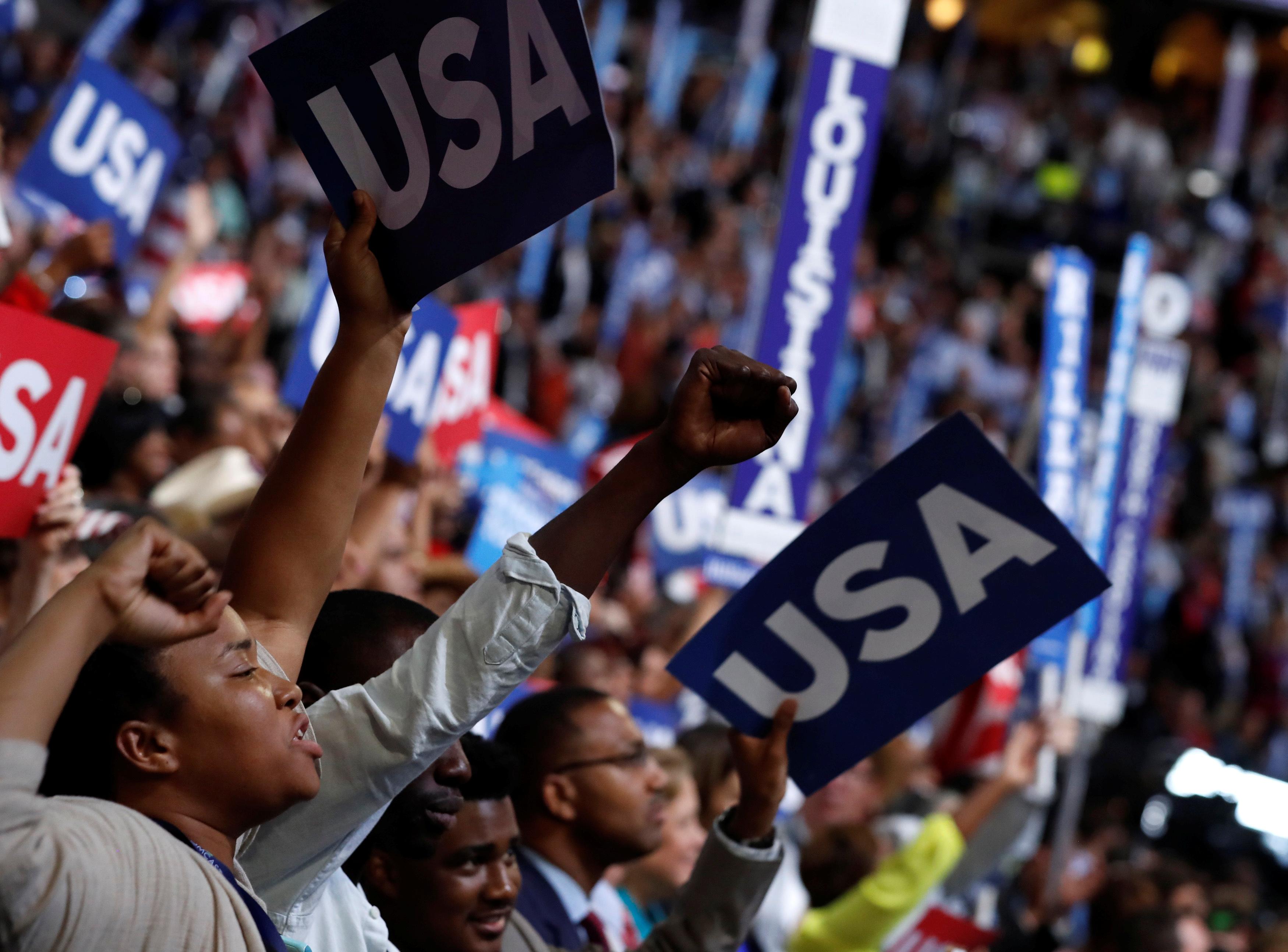 Warren said she would fight until the convention even if she trails in delegates.

“Bernie had a big hand in writing these rules,” she said. “I didn’t write them.”