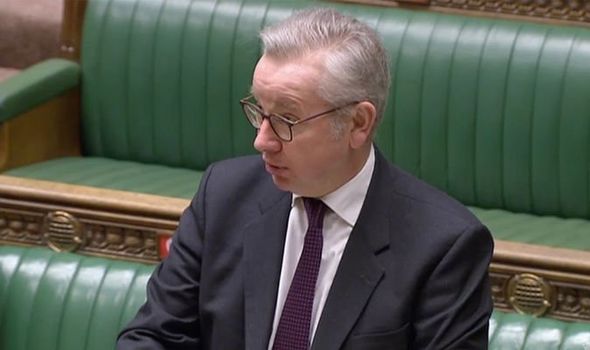 Brexit negotiations are at stalemate with the issues of fishing and the so-called level playing field stand-in in the way of a trade deal being agreed.

No10 has described the UK and EU as still “very far apart” on the issues.

Emmanuel Macron has adopted a hardline stance on fishing, demanding French fishermen have the same access to UK waters they have enjoyed while the UK was part of the EU.

Speaking in the House of Commons today, Cabinet Office Minister Michael Gove reiterated Britain had no problem with sharing the catch of fish in its waters with other countries but the UK would not be bullied into doing what the EU wants.

He said: “Fishermen know that we as an independent coastal state, will be in control of our waters at the end of the transition period.

“Of course we want to make sure we manage shared stocks in an appropriate way with all our neighbours, including those outside of the European Union, but as an independent coastal state, we’re in control.”

UK negotiator Lord Frost has been in Brussels for the past week locked in talks day and night with the EU’s Michel Barnier.

The pair have been meeting face to face on a daily basis in a desperate bid to find a way to break the impasse.