Speaking on Dan Wootton’s GB News show, the former UKIP leader shared his views on the two remaining candidates vying to be Prime Minister after their most recent TV debate.

Mr Sunak has been photographed on the campaign trail pulling pints at a pub in Cheshire wearing a wax jacket, similarly to Mr Farage in his political days and despite the former Chancellor being teetotal himself.

Answering Mr Wootton’s question on being flattered at the imitation, Mr Farage said: “Well first he told me leaving the European Union was completely insane, would never happen, could never happen, and now they’ve become the Brexit Party so that was the first little bit of success.

“This is a farce. Yes they do say imitation is the highest form of flattery but did you see the Barbour jacket he was wearing? Did you see it?

“It had never been worn before! It was clearly fresh out of the shop, probably on sale or returned.

“The idea that he pulls a pint and talks to the lads in the pub, ‘alright boys, how we doing?’ I mean honestly. 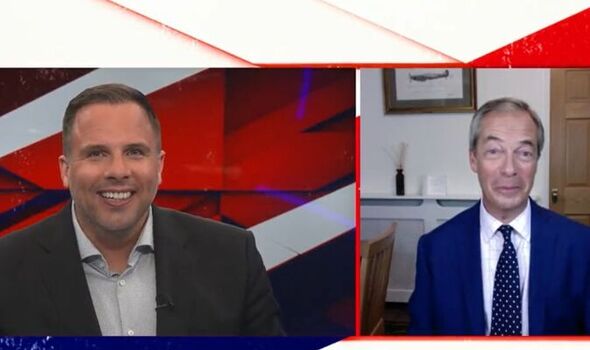 “What it shows you is one very simple thing. The man is a complete and utter fraud.

“He is acting and saying what he needs to say to get elected, rather than actually tell us who you really are.

“Tell us what you’re really about.

“But he won’t do that, and they know that amongst Conservative Party members that if this was an open primary and my name was in the hat, as it would be in America, both of these candidates would probably lose to me.” 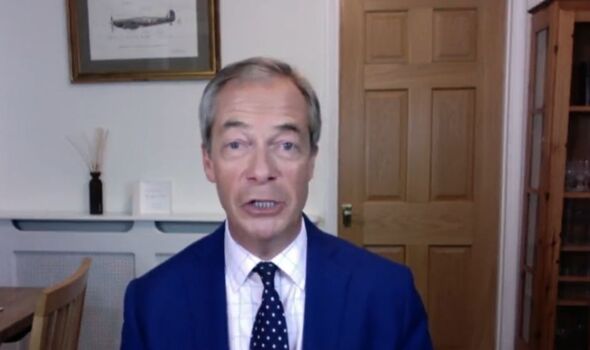 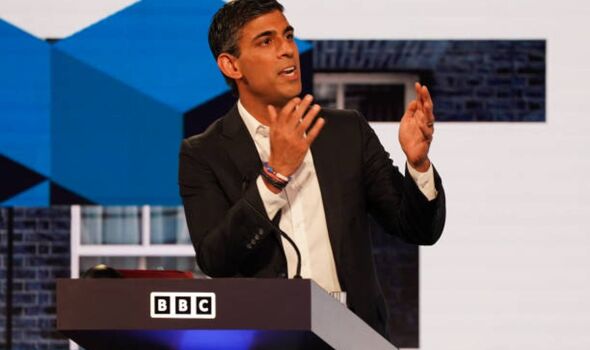 The former Brexit Party leader spoke slightly more favourably on Liz Truss, although he was not overly impressed with the Foreign Secretary’s public speaking.

“She couldn’t speak for 60 seconds without looking down and referring to her notes four or five times.

“That tells you she doesn’t really believe in much of what she’s saying either.

DON’T MISS:
Harry and Meghan in bust up ahead of major royal event [ROYAL NEWS]
Putin hit by uprising as Russians burn Kremlin ‘swastika” [LATEST]
Meghan and Harry ‘will not visit Queen at Balmoral’ despite ‘invite’ [REVEAL]

“The one area she was impressive, I thought, was on corporation tax. There she looked at the camera and she knew what she was saying.

“Let’s be honest, against the two of these in personality terms Boris is a giant, and it’s frankly a tragedy for him and the Conservative Party that he couldn’t tell the truth.

“I think we’ve got two pretty low grade candidates and I think the party is in more trouble than it even begins to understand.”