Speaking to GB News,presenter  Dan Wootton Ms Currie, a former junior health minister, said that it was “beginning to feel like carrying on with Boris” was a bigger gamble that elected a new Conservative leader. The former South Derbyshire MP said the constant rows Mr Johnson was involved in were “quite painful” for grassroot Tory activists.

Responding to a question by Mr Wootton if she was still a supporter of Mr Johnson, Ms Currie said she had come to the conclusion that he should resign for the sake of the Conservative Party.

She said: “Well I’ve been at a Conservative Party meeting tonight and we’ve all been arguing about this.

“Like levelling up – we’re in a red wall seat in the north of England and trying to improve the infrastructure up here is not going to happen within a year or two. 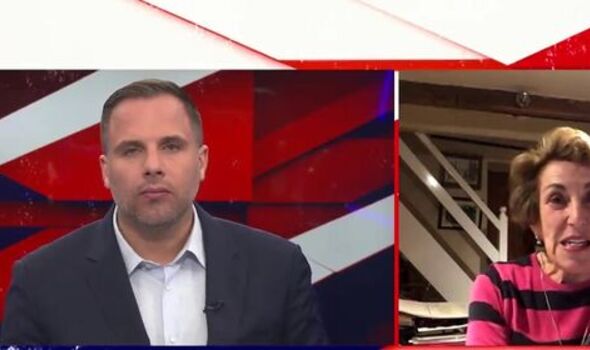 “We want to see changes to the way the economy works and particularly changes in energy policy.

“There are a whole host of things. They cannot be done overnight and they need a consistent Government.

“And one of the other things that Nigel said that I agreed with him is it’s beginning to feel like carrying on with Boris is a bigger gamble than seeing if we can have someone who’s better.

“Margaret was very clear on her policies for a long time and she also had really strong moral codes.

“She had a glare that would stop an elephant, believe me.

“If anybody had misbehaved anywhere near her it was actually then very difficult.

“You’d get frozen out completely. Boris isn’t like that.

“I think he realises that everybody in Parliament is a human being and I think many of the public recognise that it’s not always appropriate to set much higher standards for people in Parliament then we observe ourselves in our personal lives.

“That said every-time there is another row it’s more skin off our backs as party activists and that begins to feel quite painful.

“Begin to think, maybe this shouldn’t go on and maybe we should get some changes.