Liz Truss said she does not appreciate having to advocate for further restrictions on the British people but insisted the coronavirus must be contained to protect the UK. Ms Truss said she remains a “freedom-loving” Conservative and hopes the sacrifices Britons are being asked to make will help avoid a new wave of COVID-19 cases. But BBC Today host Nick Robinson challenged the term the International Trade Secretary used: “What do you say to those who say they care about freedom, they don’t like being told what to do?”

Ms Truss said: “I am very much in that camp and I think I’ve used those precise terms in the past. But indeed the reality…”

Mr Robinson however cut the Tory frontbencher off: “Indeed, there’s a quote from your speech in 2018.

“So I wonder how you can be a member of a Government that tells people what to do?’

The Conservative MP said: “We’re in a global pandemic situation and the reality is that one person having the disease affects others. 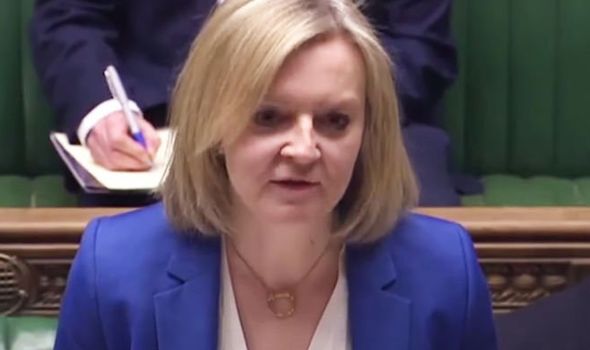 “We know social contact causes it to spread. Nobody wants to be carrying out these measures. I don’t want to, being a freedom-loving Conservative have to have these measures in place.

“But we have to do it because of the risk there is to people’s lives and also the need to keep livelihoods going, to keep our economy going at this very difficult time.”

She continued: “We’re not introducing measures that we don’t believe would work. These measures are being introduced precisely because they have been advised by the Chief Medical Officer, by the Chief Scientific Officer.”

Mr Robinson however persisted on his line of question: “Isn’t there rather odd though about people who declare themselves to be freedom-loving Conservatives, who trust people’s common sense, who give speeches about that then telling people what to do at a time when 4,000 scientists have signed a letter saying that the people who are suffering as a result of this are the working class and younger members of society?”