The yellow truck, belong to removals company Bishop’s Move, pulled up this morning to pack up Mr Javid’s stuff out of the grace-and-favour apartment – having moved it in shortly after he was appointed Chancellor by new Prime Minister Boris Johnson on July 24. Mr Javid took up residence in the two-bedroom flat, located above Number 10, with his wife and four children, after Mr Johnson himself decided he wanted to live the four-bedroom apartment located in Number 11, along with girlfriend Carrie Symonds, 31.

The MP for Bromsgrove unexpectedly resigned from his job on Wednesday during Mr Johnson’s cabinet reshuffle, when the Prime Minister asked him to sack all of his advisers in a move widely seen as aimed at allowing Number 10 to take control of the Treasury.

In his subsequent resignation letter, he said: “While I am grateful for your continued trust and offer to continue in this role, I regret that I could not accept the conditions attached to the reappointment.

“It is crucial for the effectiveness of government that you have people around you who can give you clear and candid advice, as I have always sought to do. 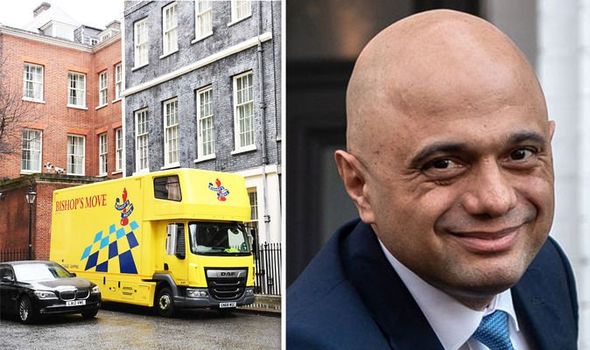 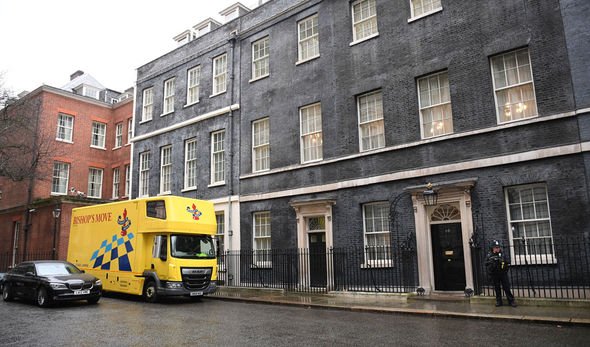 “I also believe that it is important as leaders to have trusted teams that reflect the character and integrity that you would wish to be associated with.”

In a pointed message probably aimed at Mr Johnson’s special adviser, Dominic Cummings, regarded as being behind the shift in strategy, Mr Javid added: “I would urge you to ensure the Treasury as an institution retains as much credibility as possible.

“The team there has impressed me with the energy and intellect they have brought to delivering the shifts in policy that I have led. 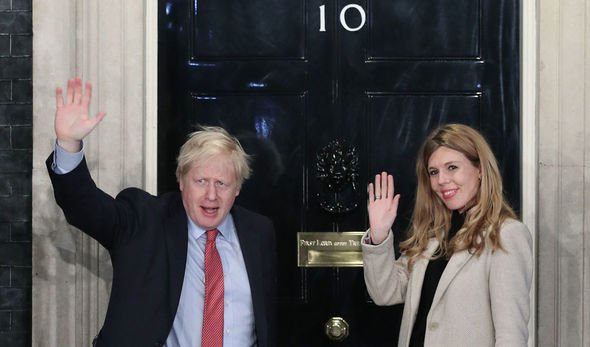 “They are among the very best public servants we have and I hope they can continue to play a central role in driving an economic agenda that puts people and place at its heart.”

Mr Javid, who lost out to Mr Johnson in last year’s Tory leadership contest, added: “My biggest hope is that this government will bring the country together, and help to level the playing field so that stories like mine are not exceptional or lucky.

“While it is of course disappointing that I will no longer be in a position to see this vision through as one of your Cabinet Ministers, I am very optimistic about our country’s future. 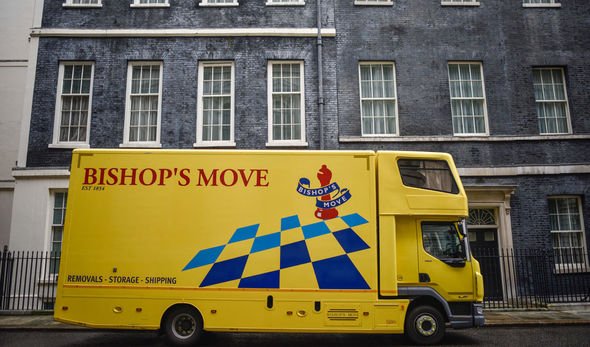 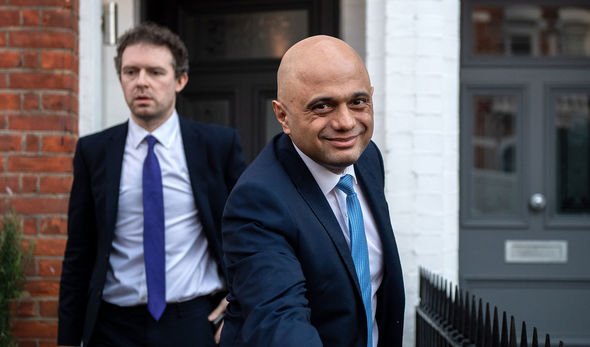 “You and the government you lead will continue to have my full support from the backbenches.”

However, he stressed: “My successor has my full support as does the prime minister.” 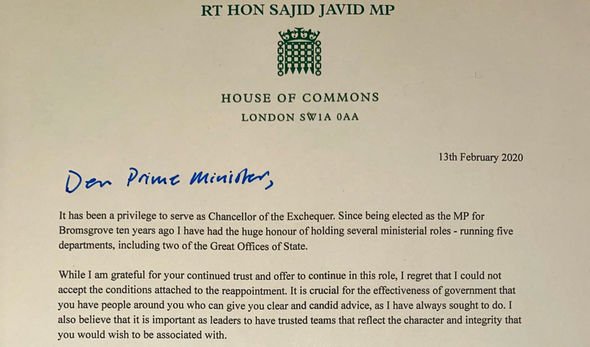 Number 11 Downing Street has traditionally been the official residence of the Chancellor.

However, then-Prime Minister Tony Blair and wife Cherie opted to move into Number 11 with their young family in 1997.

Gordon and Sarah Brown did likewise 10 years later, as did David and Samantha Cameron, who, like the Blairs, had young children. 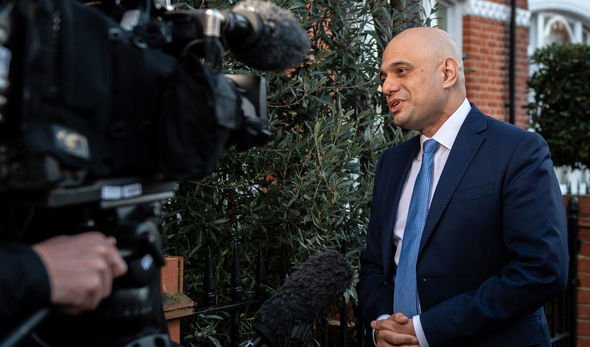 Theresa and Philip May likewise lived in Number 11, while Philip Hammond occupied number 10.

Like Mr Javid, Mr Sunak, who is married to Akshata Murthy, daughter of Indian billionaire Nagavara Ramarao Narayana Murthy, has a young family, in his case consisting of two daughters.

The domestic arrangements ensure Mr Johnson, who has at least six children of his own, will have plenty of space – unless of course he plans to have some more with Ms Symonds.