Political scientists who study legislative compromise (and the lack thereof) explain how this collaborative effort has unfolded. 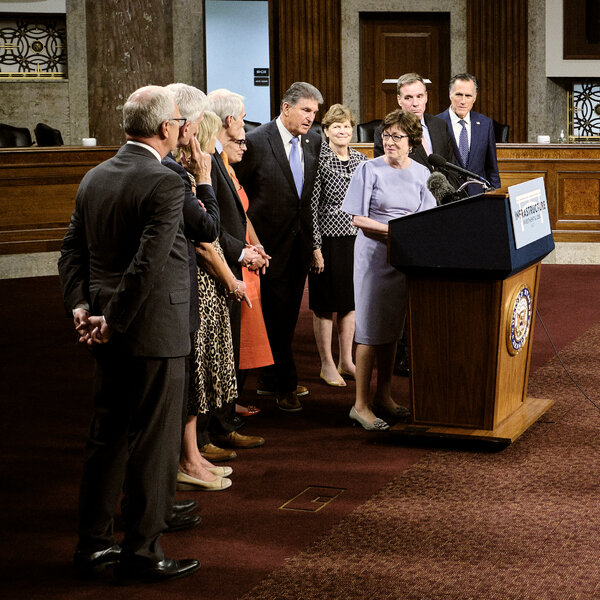 What became a punchline among political reporters during the Trump administration — when many a week was called “infrastructure week” by the White House, which was rhetorically committed to funding roads and bridges out of the federal purse — moved a step closer to reality on Wednesday, when the Senate voted to take up a $1 trillion infrastructure bill.

What exactly is and isn’t in the infrastructure bill? The Upshot has you covered.

But also important are the terms under which it was hashed out and by which it will pass into law, if it does pass into law. For this bill is bipartisan, shaped by a core gang of senators, five Democrats and five Republicans, who were backed by six more Republican senators as well as by the Biden White House. Not for nothing is it known as the Bipartisan Infrastructure Framework.

Wednesday’s vote over whether to proceed to debating the bill had the support of two-thirds of the Senate: all 50 Democrats and independents, plus 17 Republicans — including Mitch McConnell of Kentucky, the minority leader, who has famously said his goal was to deny President Biden and, before him, President Barack Obama any significant legislative victories.

The House of Representatives, where Democrats hold a slim majority, still must go along with it. A separate, decidedly partisan $3.5 trillion Democratic spending bill looms as a complication. But all in all, the infrastructure plan has come further than many had expected. Here is what political scientists who study legislative compromise (and the lack thereof) have to tell us about how this happened.

Why bipartisan laws are rare

It is a truism in national politics that the bipartisan legislative achievement is something people tell their grandchildren about with the wistful tone of the good old days.

Unlike a half-century ago — an era of Southern Democrats, Rockefeller Republicans and broad consensus (among white Americans, anyway) — today Democrats are liberal and Republicans are conservative.