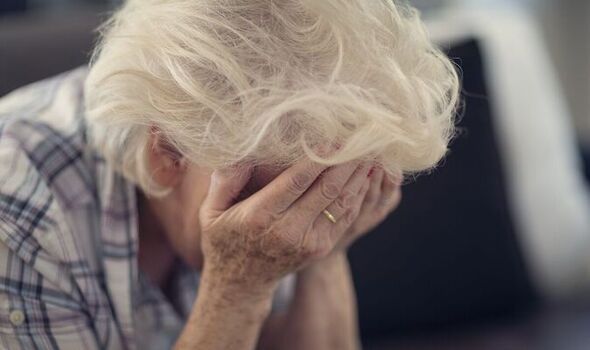 Latest figures show just one in six state pension claimants affected, who are mainly women, have been given the cash they are owed. Around 230,000 people have been caught up in the scandal, with widows accounting for well over half of the group.

Helen Morrissey, senior pensions and retirement analyst at Hargreaves Lansdown, said it was “a drop in the ocean”.

She said: “The DWP has let pensioners down on a massive scale – particularly women who tend to retire on lower incomes anyway.

“In some cases, these underpayments have stretched back decades and even though DWP has pledged to hire more people to speed up the process, it is clear many could be waiting for some time still before they are reunited with their money.

“Many queried discrepancies with DWP but were told there was no issue – they will be feeling very let down and many will have died without receiving what they were entitled to.

“The DWP has a gigantic task ahead of it to resolve these issues and it must pull out all the stops to make sure it happens as soon as possible.”

Dennis Reed, director of Silver Voices, accused the Department for Work and Pensions of “deliberately dragging its feet” on paying out what it owes.

He said: “It is hard not to draw the conclusion that the Government is hoping to save money by allowing thousands to die before receiving the money they are owed.

“Delaying compensation is becoming a feature of this Government, as the 1950s women can testify.

“The DWP must pull its collective finger out and guarantee that all underpayments are calculated and reimbursed within six months. In the middle of an energy  and food crisis, these Government dues are needed right now.”

The group includes some women who were married and should have received an upgraded pension, as well as a number of people who were widowed or are over 80.

Outdated systems and manual processing has been blamed for the botched assessments.

Former pensions minister Sir Steve Webb, a partner at LCP, said that the DWP is well behind schedule in making repayments after nearly two years of trying to sort out the issue.

He said: “The scale of these underpayments is so great that putting it right could easily end up taking four years or more from start to finish.

“It is quite shocking that well over a hundred thousand pensioners are to this day receiving the wrong rate of pension, and the DWP is clearly way behind schedule in fixing the problem.

“With cost of living pressures affecting many elderly people on low incomes, it is essential that the pace of fixing these errors is stepped up and people get the money they are due as soon as possible.”

It is allocating more staff to deal with the underpayments and expects the speed of progress to increase.

A spokesman said: “The action we are taking now will correct historical underpayments made by successive governments. We are fully committed to addressing these errors, not identified under previous governments, as quickly as possible.

“We have set up a dedicated team and devoted significant resources towards completing this, with further resources being allocated throughout 2023 to ensure pensioners receive the support to which they’re entitled.”