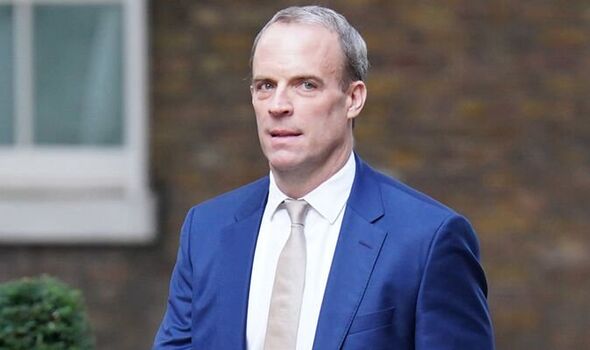 Dominic Raab has been reappointed as Deputy Prime Minister and Justice Secretary.

His new job was one of the first hires made by new Prime Minister Rishi Sunak as he appointed his Cabinet this afternoon.

Mr Raab was a vocal supporter of the Conservative leader during both the summer Tory leadership race and over the last week, regularly making appearances on TV to promote his policies.

He had previously been Deputy Prime Minister and Justice Secretary when Boris Johnson was Prime Minister but was forced to return to the backbenches when Liz Truss took charge.

The Esher and Walton MP was highly critical of Mr Sunak’s predecessor, warning in the summer that her policy agenda would be an “electoral suicide note” for the Conservative party.

Mr Raab was seen grinning as he made his way up the cobbles of Downing Street and into No10 to be offered his old job back.

About 20 minutes after he first walked through the famous black door, No10 released a statement saying: “The King has been pleased to approve the appointment of the Rt Hon Dominic Raab MP as Deputy Prime Minister, Lord Chancellor, and Secretary of State for Justice.”

Convention dictates that ministers are formally appointed by the monarch upon the advice of the Prime Minister.