Whether President Trump wins or loses on Nov. 3, the very concept of public trust in an established set of facts necessary for the operation of a democratic society has been eroded. 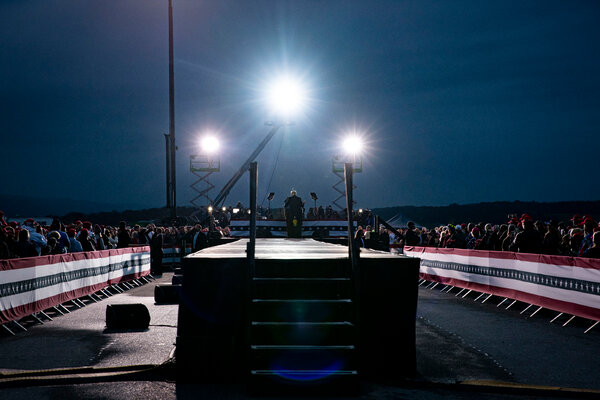 WASHINGTON — Born amid made-up crowd size claims and “alternative facts,” the Trump presidency has been a factory of falsehood from the start, churning out distortions, conspiracy theories and brazen lies at an assembly-line pace that has challenged fact-checkers and defied historical analogy.

But now, with the election just days away, the consequences of four years of fabulism are coming into focus as President Trump argues that the vote itself is inherently “rigged,” tearing at the credibility of the system. Should the contest go into extra innings through legal challenges after Tuesday, it may leave a public with little faith in the outcome — and in its own democracy.

The nightmarish scenario of widespread doubt and denial of the legitimacy of the election would cap a period in American history when truth itself has seemed at stake under a president who has strayed so far from the normal bounds that he creates what allies call his own reality. Even if the election ends with a clear victory or defeat for Mr. Trump, scholars and players alike say the very concept of public trust in an established set of facts necessary for the operation of a democratic society has eroded during his tenure with potentially long-term ramifications.

“You can mitigate the damage, but you can’t bring it back to 100 percent the way it was before,” said Lee McIntyre, the author of “Post-Truth” and a philosopher at Boston University. “And I think that’s going to be Trump’s legacy. I think there’s going to be lingering damage to the processes by which we vet truths for decades. People are going to be saying, ‘Oh, that’s fake news.’ The confusion between skepticism and denialism, the idea that if you don’t want to believe something, you don’t have to believe it, that’s really damaging and that’s going to last.”

Indeed, the very idea of truth is increasingly a fungible commodity in a political environment that seems to reward the loudest voices, not the most honest. In a recent poll for Newsweek, 54 percent of Americans agreed that lying has become more acceptable in American politics in recent years, while only 13 percent said it was less acceptable and the rest said it was about the same or did not have a view.

Nancy L. Rosenblum, a Harvard University professor emerita who wrote “A Lot of People Are Saying” with Russell Muirhead, said that may not change even if Mr. Trump leaves office after one term because he proved the advantages of truth-bending politics and helped build up an information infrastructure where reality is like an à la carte menu from which Americans can pick their favorite variant.

“Conspiracy charges and a certain amount of lying have proved to be good weapons in political fighting where you have deep, deep divisions, and there’s no reason to think other parties won’t take it up under desperate circumstances,” she said. “So we can expect it to go on but without the same effect.”

The lasting impact may be most evident in terms of the coronavirus pandemic that has already killed more than 230,000 in the United States. Even as the outbreak surges to new peaks, Mr. Trump has been falsely insisting that it is “rounding the corner” to an end, telling Americans not to worry rather than urging them to take precautions. 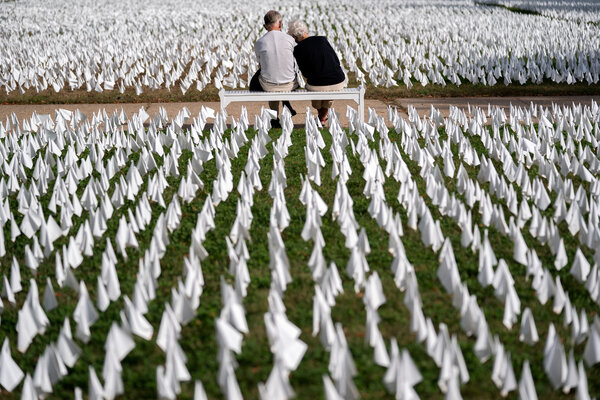 The disconnect has tangible consequences. Republicans who support Mr. Trump are more likely to dismiss the threat of the virus in surveys and less likely to wear masks or maintain social distance. A poll last week by Axios and Ipsos found only half of Americans could correctly respond to six factual questions about the virus, indicating how far misinformation linked to reckless behavior has pervaded the public.

Scientists have concluded that 130,000 lives could be saved in the United States in the coming months if there was universal mask wearing. But Mr. Trump mocks facial coverings and disparages medical experts, undercutting their credibility with the public, most notably Dr. Anthony S. Fauci, the federal government’s chief epidemiologist who now has to have a security detail after vilification by the president and his allies. With views of the virus increasingly falling along party lines, many Americans express distrust over a possible new vaccine, which could lead to widespread resistance to inoculation.

Related posts:
Hot News
3 Brilliant Ways to Transform Leftover Stuffing
Gold prices headed further south as hopes rise for coronavirus vaccine
Dyson plans $4.9b in investments across Singapore, UK, Philippines
EU braced for bombshell Italexit as plot to leave in TWO years emerges
Sicko lured girl, 11, to windmill before raping her and cycling away
Recent Posts
This website uses cookies to improve your user experience and to provide you with advertisements that are relevant to your interests. By continuing to browse the site you are agreeing to our use of cookies.Ok