(Reuters) – At least six Democratic presidential contenders will meet in a pivotal debate in Nevada on Wednesday, three days before the state’s voters make their picks in an unsettled and tight nominating race for the White House. 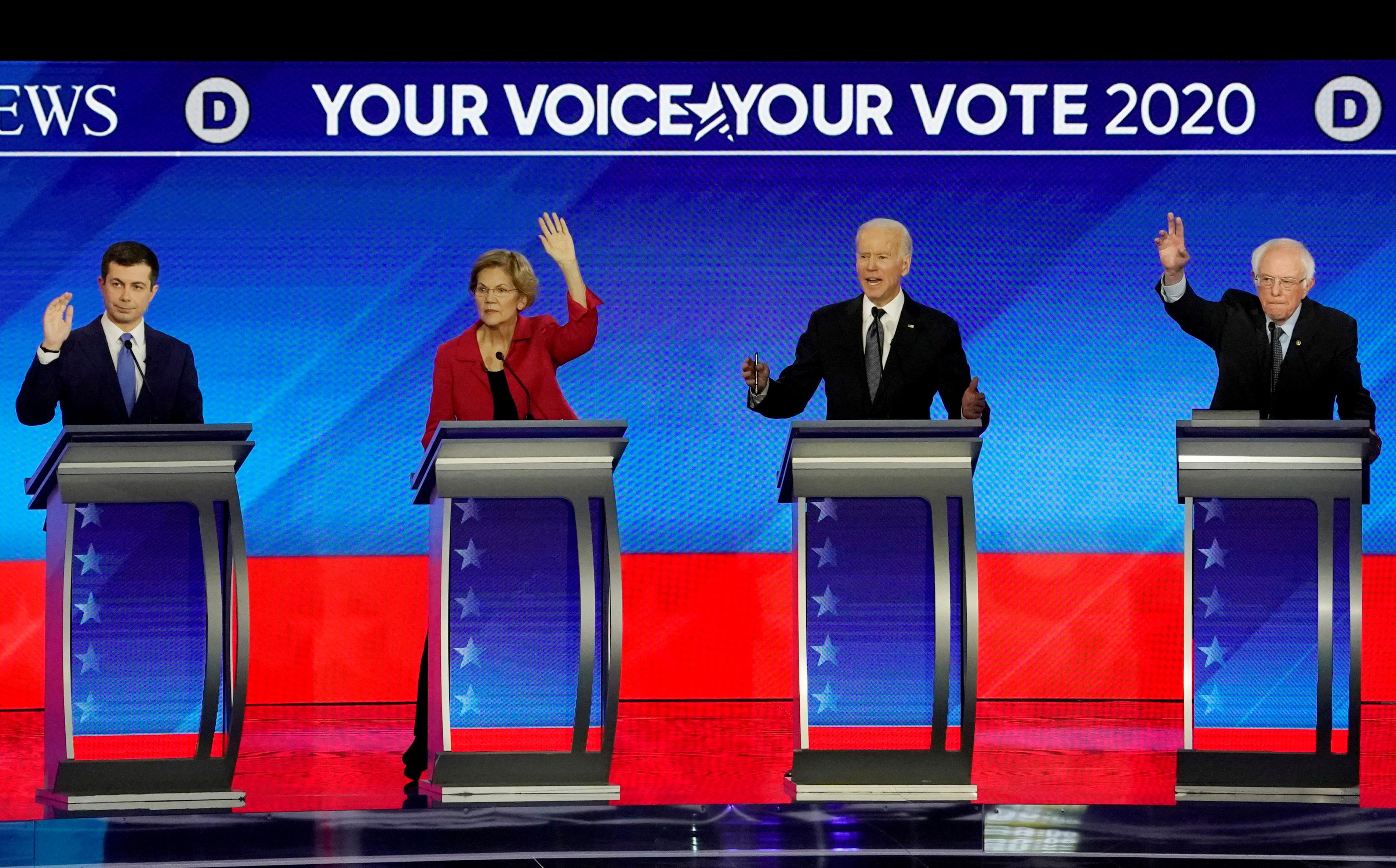 The caucuses in Nevada on Saturday will be the third contest in the campaign to find a Democratic challenger to President Donald Trump in the Nov. 3 election. The first two produced a split verdict, with Pete Buttigieg edging Bernie Sanders in Iowa and Sanders narrowly beating Buttigieg in New Hampshire.

Michael Bloomberg, a billionaire former mayor of New York who has climbed in opinion polls while spending hundreds of millions of his own dollars on advertising, met the polling requirement on Tuesday to qualify for the debate.

Here is a look at the stakes for each of the candidates who are likely to take the stage in Las Vegas:

The senator from Vermont has surged into the polling lead nationally and in Nevada after his strong finishes in the first two states. A self-described democratic socialist, he has shrugged off attacks that his views are too hard-left to win the White House, and he will be a target again as he looks to fill the front-runner’s role. Sanders leads in polls among the state’s big bloc of Latino voters, but his biggest task in the debate could be winning over new supporters beyond his core believers – and painting the incoming attacks from his rivals as a sign of their growing desperation to stop him.

Even though he is sitting out the first four early voting states, Bloomberg has come under fire from his rivals as his poll numbers have climbed and his entry into the race on Super Tuesday – when 14 states vote – approaches. He has said he will be ready to dismiss rivals like Biden, whom Bloomberg has said made “speeches that somebody writes for him” as vice president. But Bloomberg will face tough questions over his past support for policies that have been widely criticized as racially discriminatory.

The former vice president is fighting for survival in Nevada after a bruising fifth-place finish in New Hampshire. While the onetime front-runner was a target in past debates, this time he will play the role of underdog – a reversal that might work to his benefit and give him the freedom to go on offense more. Biden is hoping to do well enough in Nevada to stay alive until South Carolina, where his strength with black voters might give him a new lease on political life and keep him alive until Super Tuesday on March 3 and beyond. But Biden is running out of chances.

After strong finishes in predominantly white Iowa and New Hampshire, Buttigieg faces the biggest challenge of his candidacy as he tries to expand his appeal to African-American and Hispanic voters. That task will begin in Nevada, where about one-third of the 2016 electorate was black or Latino. Buttigieg took heavy fire in the last debate for his lack of political experience, particularly from moderate rival Amy Klobuchar, and it might have blunted some of his momentum from Iowa. For the former mayor of South Bend, Indiana, the push to stay in the top tier could begin at Wednesday’s debate.

After nearly a year buried in the Democratic pack, the senator from Minnesota used a strong debate in New Hampshire to propel her to a third-place finish and newfound relevancy. She touted her record of winning in swing states and conservative areas, but her performance will raise expectations as she tries to separate herself from a crowded group of moderates. The debate gives her a chance to introduce herself to voters giving her a fresh look, and to frame her candidacy as the answer for Democrats desperately seeking the contender who can win back the upper Midwestern voters who deserted the party in 2016.

The liberal senator from Massachusetts has fallen far behind her ally Sanders in the quest for support from the party’s progressive wing after becoming a front-runner just three months ago, raising the stakes in Nevada. Warren was an afterthought in the New Hampshire debate, and will need to be much more aggressive in interjecting herself into the fight after finishing a dismal fourth in the primary. She could try to stand out by positioning herself as the party unifier – a bridge between Sanders’ hard-left supporters and the moderates. But another poor finish could put her campaign on life support.