Currently around 30 on-road trials of the new fashionable means of getting around town are being conducted around the country after a review was launched into them in December. Currently, e-scooters do not count as a road vehicle and there are concerns that all too often they are being used on pavements causing a danger to pedestrians. The government has already ruled out legalising their use on pavements and is considering whether it can be used on roads.

A Department for Transport source told the Sunday Express that one of the options on the table is all of them having to be issued with number plates like normal vehicles and motorbikes.

“One view is that they can only be viable if they have number plates,” the source said.

“That way we can trace back ownership in the case of accidents or dangerous use of them.”

While e-scooters currently do not have legal status on either roads or pavements beyond the trial areas this has not prevented sales skyrocketing in Britain.

In October last year Halford’s revealed that there had been a 450 percent increase in sales with tens of thousands being bought throughout the year typically retailing from £299 for a cheaper model.

Travelling at around 15.5mph with a range of almost 20 miles on a 5.5 hour charge time there are concerns that e-scooters are too light for roads but too fast and dangerous for pedestrian paths. 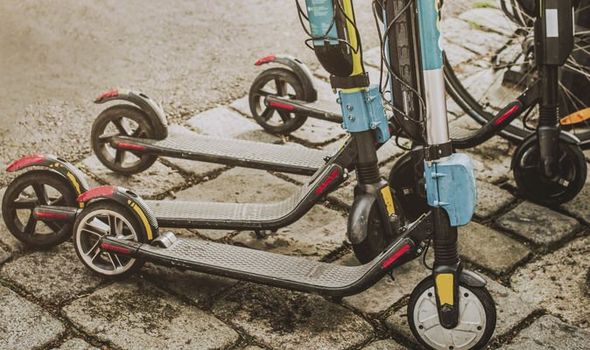 Last week Jaspal Dhariwal from Slough in Berkshire, where one of the trials is taking place, launched a petition for a nationwide ban for e-scooters.

He called on the Department of Transport to revoke its support for a series of trials including the one in his town.

The petition states: “The Government should revoke its support for local e-scooter trials as I have health and safety concerns regarding such scooters being illegally ridden on pavements.

“The Department of Transport initiated this scheme and should revoke its support and ensure any current trials are stopped.”

Meanwhile, police in West Drayton in West London have been appealing for witnesses to an accident where a man in his 40s suffered severe head injuries after colliding with a parked car last week while riding an e-scooter. 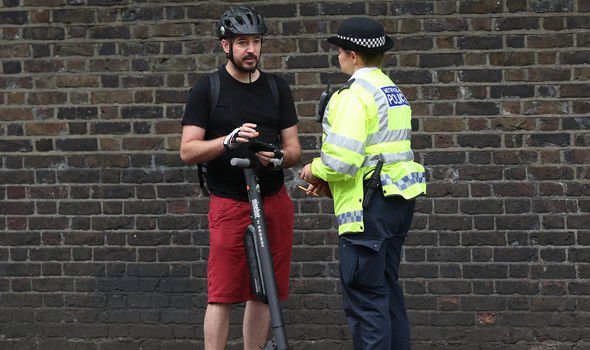 TV presenter and former YouTube star Emily Hartridge, 35, was the victim of a fatal collision in Britain involving an e-scooter.

She died in July 2019 when her e-scooter collided with a lorry in Battersea.

In the government trials members of the public are expected to use hired scooters which are limited to 12.5 mph and must have front and rear lights.

Riders also must have a full or provisional car or motorcycle licence and are recommended to wear a helmet but this is not compulsory.

However, since the pilot schemes involving rented e-scooters started last year it is understood around 70 people have been injured including 11 serious injuries.