Leicester will remain in a local lockdown for at least two more weeks but with some measures relaxed, the health secretary has announced.

Matt Hancock said that from 24 July, restrictions will be lifted for schools and some shops.

There will be a “local power” to close non-essential retail where necessary, he added.

But restrictions on travel and only having socially-distanced gatherings of up to six people introduced on 29 June will remain in force.

And more freedoms already enjoyed by other parts of England such as pubs reopening will still not apply there.

The boundaries of the lockdown – which had included large parts of the county – have also been shrunk on the advice of Leicestershire county council, so that it now only applies to Oadby and Wigston and the city of Leicester itself.

“Some say the local lockdown is unnecessary – I wish this were true but sadly it remains vital,” Mr Hancock told parliament on Thursday.

He explained the emergency measures were taken because the seven-day infection rate in Leicester was 135 cases per 100,000 people – three times higher than the next highest city.

The infection rate has now fallen to 119 per 100,000, he continued, with “positive indicators” it will carry on falling. 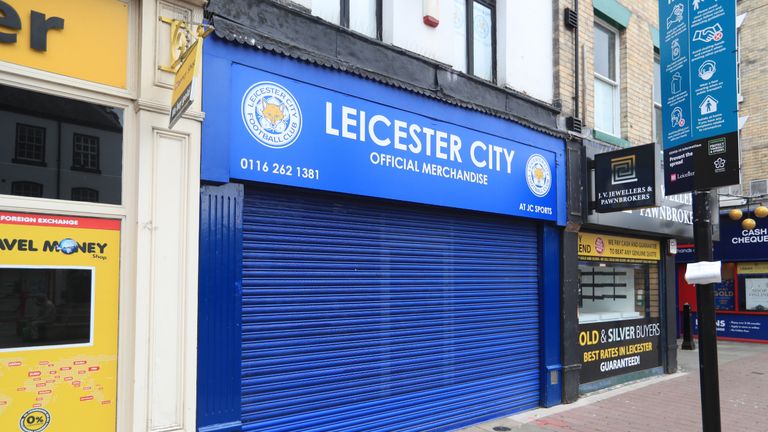 But the level of COVID-19 in the area “still remains well above the national average”, meaning the local lockdown will continue until it is reviewed again in 14 days.

Mr Hancock insisted the government was taking a “more targeted approach” to keeping restrictions in place.

Jon Ashworth, Labour’s shadow health secretary and a Leicester MP, said “if we still have to make further personal sacrifice to keep people safe and hunt this virus down with the lockdown then so be it”.

But he said there will be “dismay” amongst residents – particularly business owners who have been unable to open and left in the dark about if they will get any extra financial support.

Sir Peter Soulsby, the mayor of Leicester, told Sky News he was “angry, frustrated and disappointed but frankly not surprised” at the news.

He claimed Mr Hancock had chosen to “release from the lockdown all of the Tory-voting areas around the city” and “keep locked down many parts of the city that have no greater prevalence of the virus than those he has released”.

“It has very little to do with focusing, as we ought to be, on where that virus really is,” he added.