WASHINGTON (Reuters) – President Donald Trump on Monday denied trying to undermine the Postal Service’s ability to handle a flood of mail-in ballots ahead of the November election, as Democrats in Congress set a Saturday vote on legislation to halt his policy changes. 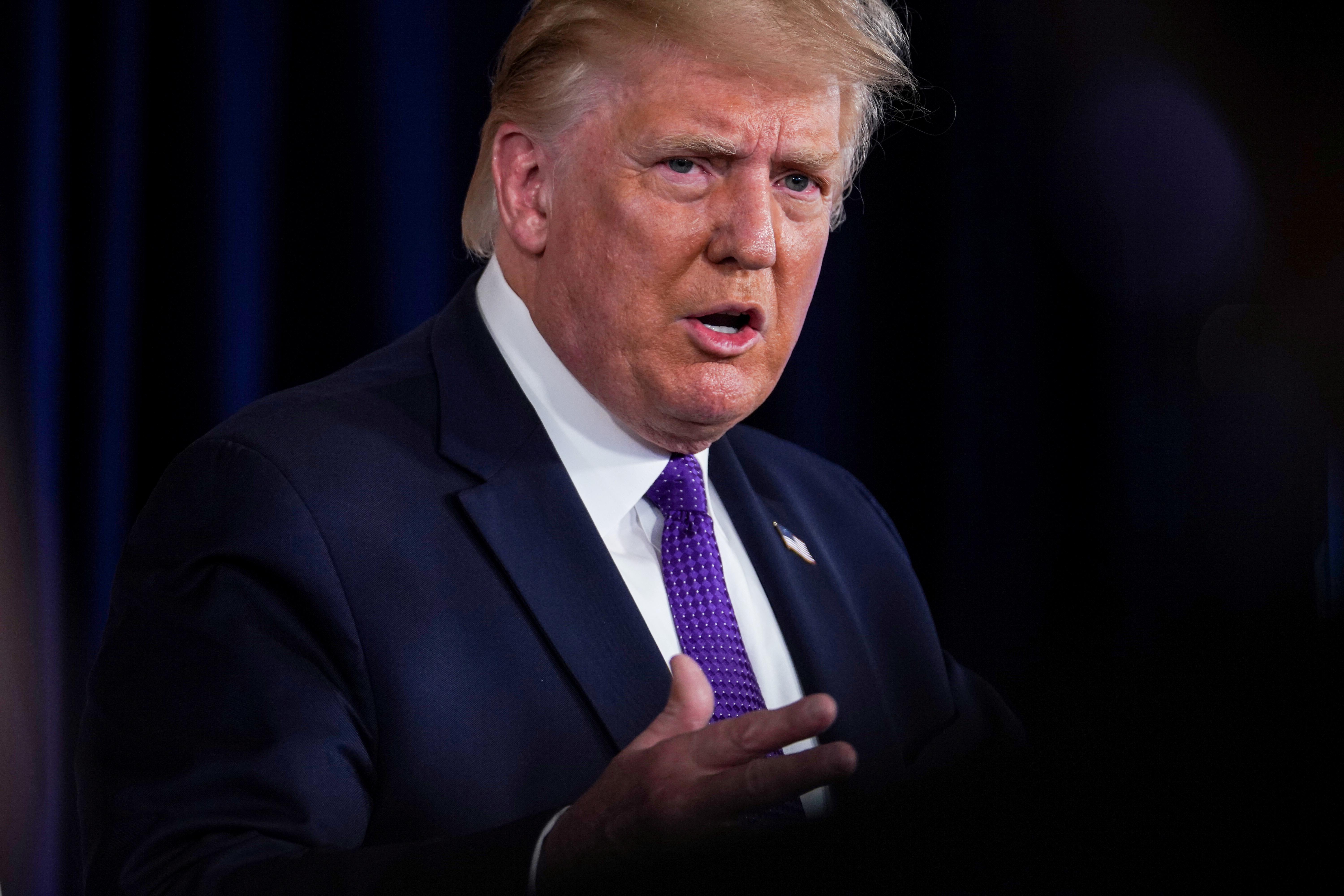 “No, we’re not tampering,” Trump said in an interview with Fox News amid an outcry from Democrats and other critics who accuse him of trying to hamstring the Postal Service to suppress mail-in voting as he trails Democratic presidential challenger Joe Biden in opinion polls.

Trump, who himself plans to cast an absentee ballot by mail in Florida, and many other Republicans have opposed an expansion of mail-in voting to accommodate people concerned about going to the polls to vote in-person due to fears amid the coronavirus pandemic.

He also expressed support for expanded in-person voting including more voting booths, early voting and other efforts, while he reiterated his attacks on mail-in voting. Trump has claimed repeatedly and without evidence that a surge in mail-in voting would lead to fraud in the Nov. 3 election.

Voting by mail is nothing new in the United States, and one in four voters cast ballots that way in 2016.

Democrats in Congress, alarmed at Postal Service changes put in motion under Trump with the election looming, stepped up pressure on the president and his Postmaster General Louis DeJoy, a major Trump political donor.

The Democratic-led House of Representatives will meet on Saturday to consider legislation prohibiting changes to Postal Service levels that were in place on Jan. 1, 2020, the chamber’s No. 2 Democrat, Majority Leader Steny Hoyer, said. The first votes are expected as early as 11 a.m. EDT (1500 GMT).

Senate Democrats led by Senator Chuck Schumer urged the Postal Service board of governors to reverse a series of changes adopted by DeJoy that they said have led to mail service delays.

Concerned by the cuts coming in a year when up to half of U.S. voters could cast ballots by mail, Democrats have pointed specifically to reductions in overtime, restrictions on extra mail transportation trips and new mail sorting and delivery policies as changes that threaten to slow mail delivery.

“There is evidence that making mail-in balloting more difficult may be one of the motivations for the changes instituted at the Post Office,” Jeffries and Lieu wrote in a Monday letter to FBI Director Christopher Wray.

“There is also evidence that the Postmaster General has a financial stake in multiple financial entities that are either competitors to or contractors for the Post Office,” the lawmakers added.

Top Democrats in Congress called on DeJoy and another top postal official to testify next week at a hearing on Postal Service policy changes.

Trump last Thursday said he was opposing Democratic efforts to include funds for the Postal Service and election infrastructure in coronavirus relief legislation, as he aims to block an expansion in mail-in voting during the pandemic. Trump said in March that with mail-in voting at levels that Democrats were seeking “you’d never have a Republican elected in this country again.”

Trump and a close Senate ally on Monday sought to portray the Democrats as at fault. Trump told reporters outside the White House that he wants to “make sure the election is not stolen.”

Republican Senator Tom Cotton defended the president by accusing Democrats of promoting “conspiracy” theories. “Their unfounded hysteria over the Postal Service may be the craziest one yet,” Cotton said on Twitter.