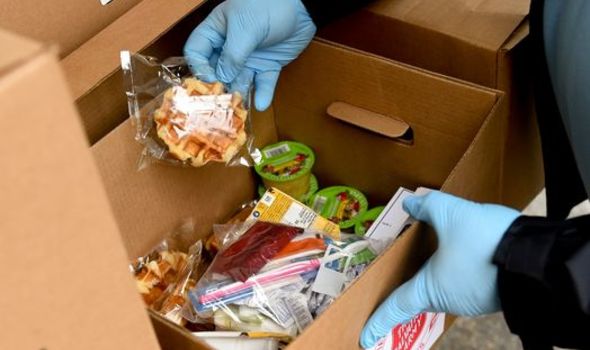 He said: “We also recognise the economic impacts of coronavirus means that vulnerability is not just about physical access to food. For some, there is also financial vulnerability.

“So today, we are announcing a new £16 million fund to support frontline food charities.”

The cash will go the food distribution charities FareShare and WRAP to expand their work during the crisis, the Cabinet minister said.

“They will be delivering food to around 5,000 frontline charities. “These include refuges, homeless shelters and rehabilitation centres,” he added.

Mr Eustice said more than one million food parcels had so far been delivered to the clinically vulnerable in society.

“In addition all of those in the shielded cohort have been added to a list giving them priority access to supermarket delivery slots. 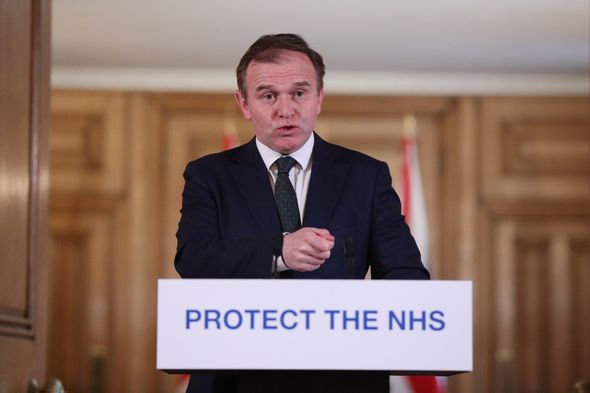 “So far around 400,000 people have been offered priority delivery slots by supermarkets and around one million orders have been placed,” he said.

Mr Eustice added that 79,000 shopping runs had been carried out by volunteers using the NHS Good Samaritan app.

The £16million for food charities will come from a £750 million fund to help charities through the crisis unveiled by Chancellor Rishi Sunak last month.

“These are extraordinary times but I think that £750 million is very welcome and it’s helped a lot of charities with the additional burdens that they have as a result of the coronavirus,” Mr Eustice said.

Mr Eustice said the country was”not out of the woods” and that the UK will live with the virus for some time to come after Wales announced some changes to its own lockdown measures.

He said: “We will have to wait for what the Prime Minister has to say on Sunday but I think what I can say is this – he’s going to set out effectively a roadmap of how we can evolve the current restrictions.

“We have this complete lockdown at the moment to something where certain activities may become possible in the short term, in the near term and other things might take much longer.

“We have to be realistic that there isn’t going to be any dramatic overnight change, we will be very very cautious as we loosen the restrictions we have, as the data that we’re outlining on a daily basis shows we are not out of the woods.”