(Reuters) – Pete Buttigieg was preparing to drop out of the race for the Democratic presidential nomination to avoid becoming a “spoiler” in the contest, an aide said on Sunday, the day after fellow moderate Joe Biden won a big victory in South Carolina.

The move shook up the Democratic contest to pick a candidate to take on Republican President Donald Trump in November’s election and came two days before the 14-state Super Tuesday nominating contests that will offer the biggest electoral prize so far.

Buttigieg, a 38-year-old former mayor of South Bend, Indiana, who gained early momentum after he narrowly won the Iowa caucuses last month and finished a close second in New Hampshire, had sought to unite Democrats, independents and moderate Republican voters. But he finished a distant third in Nevada and fourth in South Carolina.

His departure would leave six contenders in the Democratic presidential race, which once had more than 20 candidates. An adviser told Reuters that Buttigieg was dropping out to avoid helping the odds of front-runner Bernie Sanders, a senator from Vermont and self-described democratic socialist.

“Pete was not going to play the role of spoiler,” said the adviser, who spoke on condition of anonymity. “Could he have went through Super Tuesday and beyond? Sure. But this was not a vanity exercise.”

Earlier on Sunday, Democratic candidates commemorated the anniversary of a landmark civil rights march in Alabama in 1965.

Some worshippers at the African-American church in Selma, Alabama, where the event was held, turned their backs on moderate presidential contender Michael Bloomberg, who will first appear on ballots on Tuesday after skipping the first four contests.

Bloomberg, a former New York mayor, received a chilly reception at the historic Brown Chapel AME Church in Selma after the pastor, the Reverend Leodis Strong, told the gathering the billionaire businessman initially had turned down the invitation to speak.

About 10 people in the small church with a couple hundred in attendance stood up and turned their backs on Bloomberg as he spoke about racial inequality.

Biden and Bloomberg are trying to present themselves as the party’s best choice to take on Trump, saying Senator Bernie Sanders, a self-described democratic socialist, is too far to the left to win the general election.

Black voters are a key Democratic constituency, and Bloomberg has been criticized for supporting the use of a policing practice called stop and frisk in New York City that encouraged police to stop and search pedestrians and disproportionately affected blacks and Latinos.

“It’s just an insult for him to come here. It’s the disrespect for the legacy of this place,” Lisa Brown, who traveled to Selma from Los Angeles, told Reuters after turning her back to Bloomberg. She said the idea to protest Bloomberg’s remarks had circulated but that she stood as an individual, not an organized group.

The quiet protest suggests Bloomberg faces an uphill climb with some African-American voters, who carried Biden to a resounding victory in South Carolina. 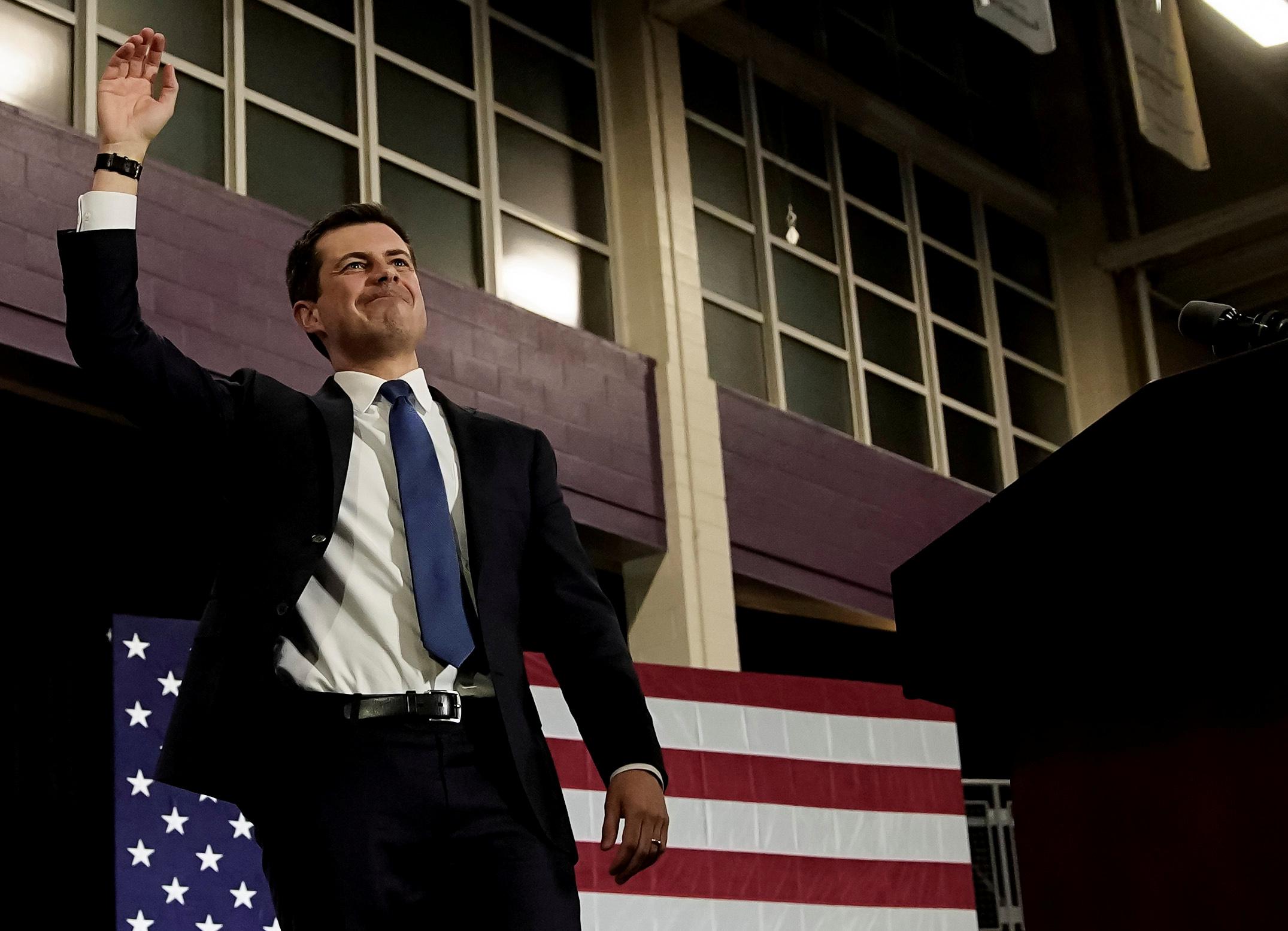 Biden, who was vice president to the first black U.S. president, Barack Obama, was clearly the favorite at the Selma church. He was seated by the pastor, facing the pews where Bloomberg sat, and got a glowing introduction from U.S. Representative Terri Sewell, a black Alabama lawmaker.

“He has earned the right to be in this pulpit and to address you now,” Sewell told the crowd.

The candidates were in Selma to mark the 55th anniversary of “Bloody Sunday,” when civil rights marchers were beaten by state troopers and local police while crossing a bridge.

“I think the Democratic Party is looking for a Democrat – not a socialist, not a former Republican, a Democrat – to be their nominee,” Biden told “Fox News Sunday.”

Biden’s reference to a former Republican appears to have been aimed at Bloomberg, who switched parties multiple times in his career.

Sanders attacked Biden for taking contributions from political organizations called Super PACs and billionaires, at what he said was the expense of working-class, middle-class and low-income people. 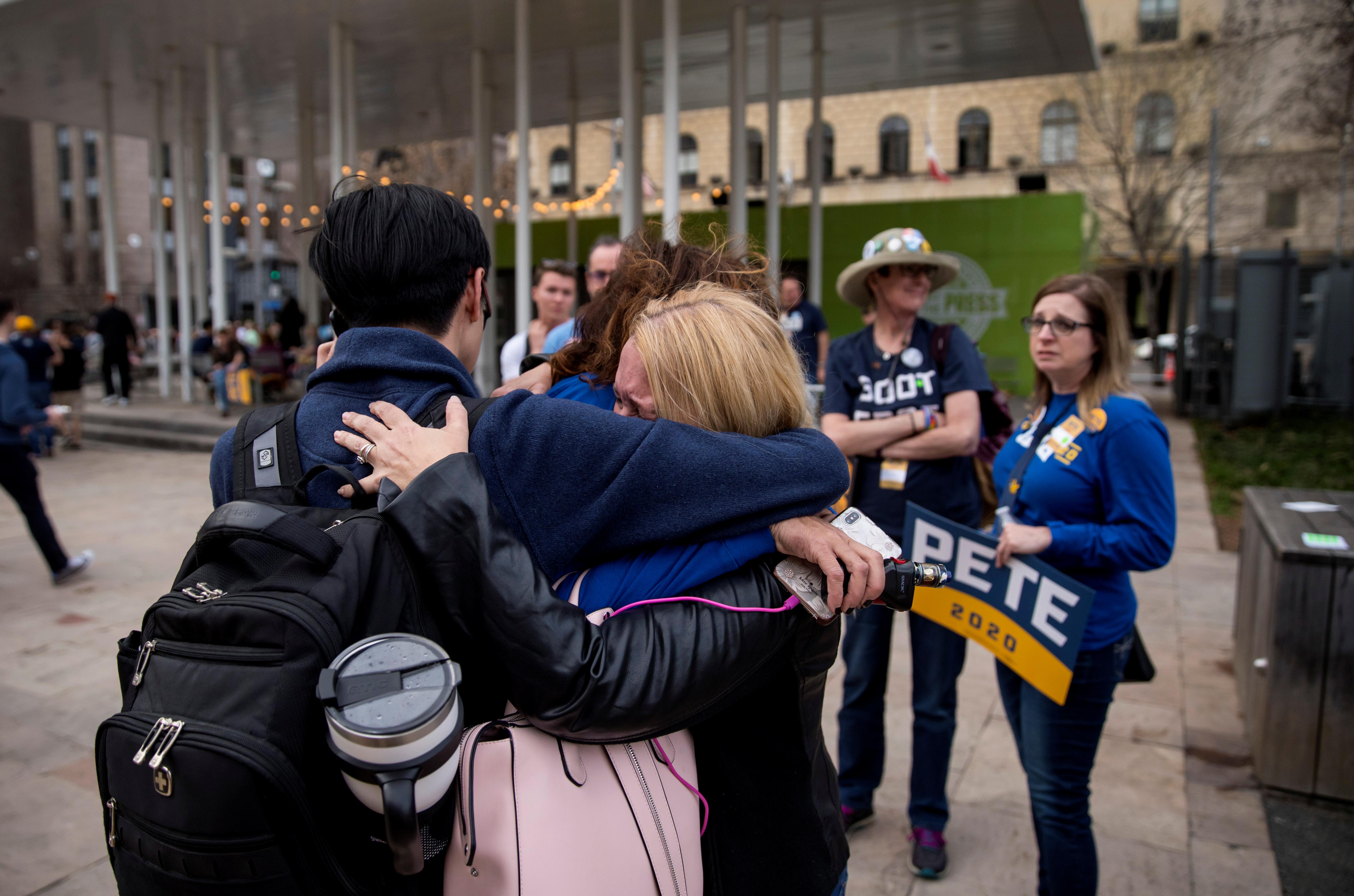 The Sanders campaign said overnight it raised $46.5 million from more than 2.2 million donations in February, a huge sum dwarfing what any other Democratic candidate raised last year in any three-month period.

Bloomberg continues to spend. He purchased three minutes of commercial air time during on broadcast networks CBS and NBC on Sunday evening to address the coronavirus outbreak.