International Trade Secretary Liz Truss urged the EU to co-operate with ministers – including Lord Frost who negotiated the Brexit deal – to resolve the problem. She said: “I strongly encourage them to work with Lord Frost, to be grown up and reasonable about this and make sure we have got proper working arrangements to make trade flow.” Trade figures show exports of UK goods to the bloc dropped by 41 percent in January – after the Brexit transition period came to an end. 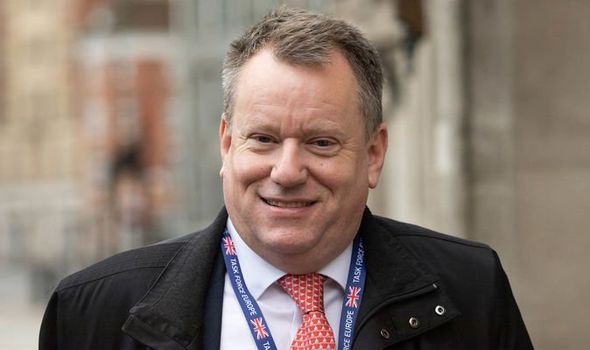 Lord Frost said a “unique combination” of factors ensured there would be unusual figures in January, with pre-Brexit stockpiling and Europewide Covid lockdowns major factors.

He added: “These effects are starting to unwind. The latest information indicates overall freight volumes between the UK and the EU have been back to their normal levels since the start of February.”

The UK economy shrank during lockdown by 2.9 percent – lower than the 4.9 percent predicted by economists.

Jonathan Athow, of the Office for National Statistics, said lockdown played a part: “The economy took a notable hit in January, albeit smaller than expected.